‘Nacho’ Ambriz appeals to his boxer’s instinct, and knows that it was not easy for them to keep him in Toluca 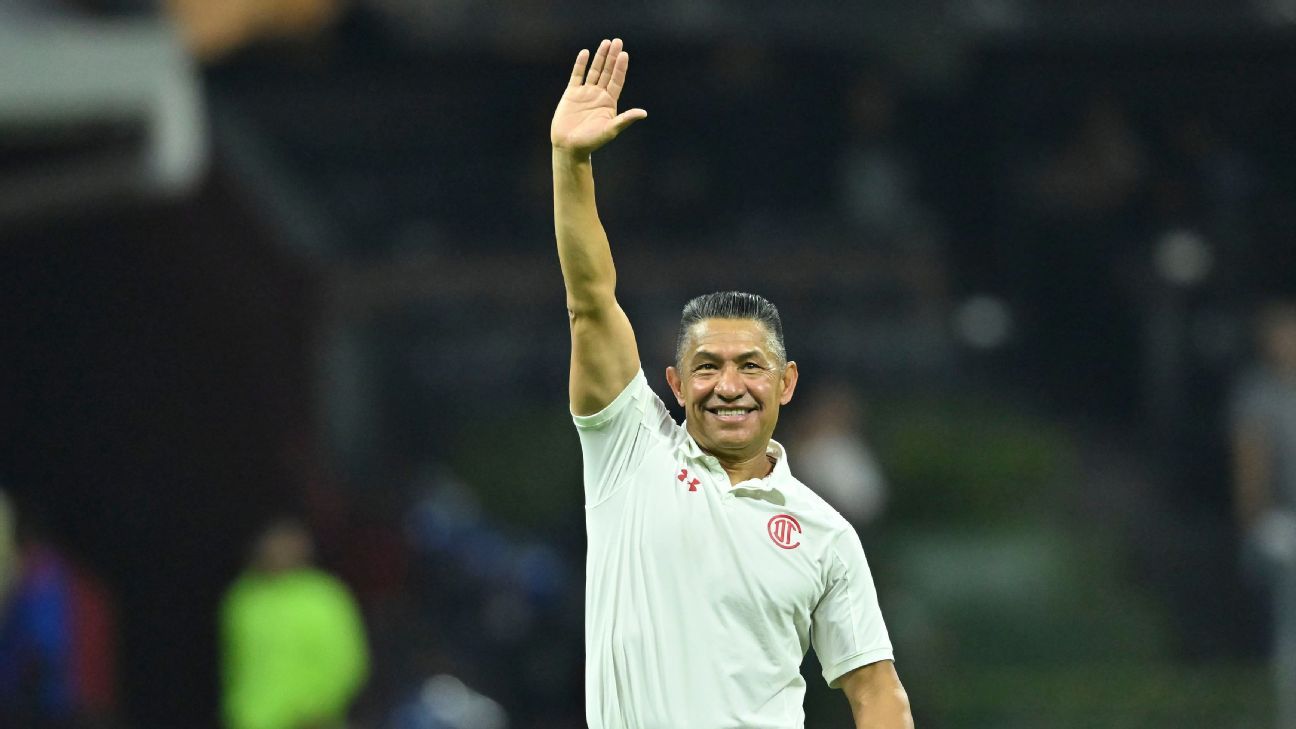 The DT of Toluca spoke about the final against Pachuca, a task that he does not see as easy, but he trusts his “boxing instinct” to face the match.

The DT of Toluca spoke about the final against Pachuca, a task that he does not see as easy, but he trusts his “boxing instinct” to face the match.

Ignacio Ambriz, technical director of Toluca, appealed to his instinct as a boxer for the final against Pachuca, the one that has made him not give up so easily and confessed that it was not easy for the Devils board to keep him in charge of the team after the failure that meant the previous tournament, where they paid a millionaire fine for being in the last places of the quotient table.

“In a final the first 15 set the tone, but you have to be demanding. Like the boxer, they give me one, I hit two, they give me two, I hit three. This is how boxers win and you have to hit the same. I am calm because the team knows how to handle critical moments”, he said regarding the final this Thursday against the Tuzos.

“You know that it is not easy to reach the finals, everything costs, it is because of a job done since the previous tournament. It was not easy with the last tournament for me to stay, for me to continue. We pay a fine and then invest. It has not been easy and I base it on work and humility, being a family”, added ‘Nacho’ Ambriz during the Liga MX media day.

Ignacio Ambriz knows that he has a personal revenge after two previous failures, same ones that he shared and that, even, that strengthened him more as a person and coach, so today he has a good opportunity to seek the championship.

Ignacio Ambriz’s Toluca reached the final of the Apertura 2022 by knocking out América in the semifinals. imago7

“To be able to plug myself back into those two failures I had, in Spain and then in Toluca where the team had to pay the same. It is not against the environment. It’s revenge on myself. I like it and I feel comfortable. It is from the failures that I have strengthened myself the most,” said the Mexican strategist.

‘Nacho’ Ambriz knows that the task against the Tuzos will not be easy, but to get rid of his nerves, he does nothing different than to have an ordinary life, since he shared that his mother visited him in the previous concentration and that it filled him with energy.

“I’m a quiet, normal guy. I try to have a normal life. Yesterday I had a visit from my older brother who brought my mom and that charges the batteries, who gives you your blessing or a scolding for why you don’t do this or that. Then I made my pantry at night for my house, ”he detailed.

Finally, Ignacio Ambriz hoped to take advantage of the locality and did not want to say if this final and a possible championship would make him a candidate for the Mexican National Team.

“We have to take advantage of the locality. We know it is not easy. We have been growing in confidence, encouragement and determination. Tomorrow we have to play a perfect game if we want a favorable result. Then the media brings this out, I have no choice but to wish the best for the team, that we reach the fifth game and that we must support and then time will tell, ”he concluded.