Naoya Inoue, the best boxer in the world | The Japanese defeated the Filipino Nonito Donaire by technical knockout 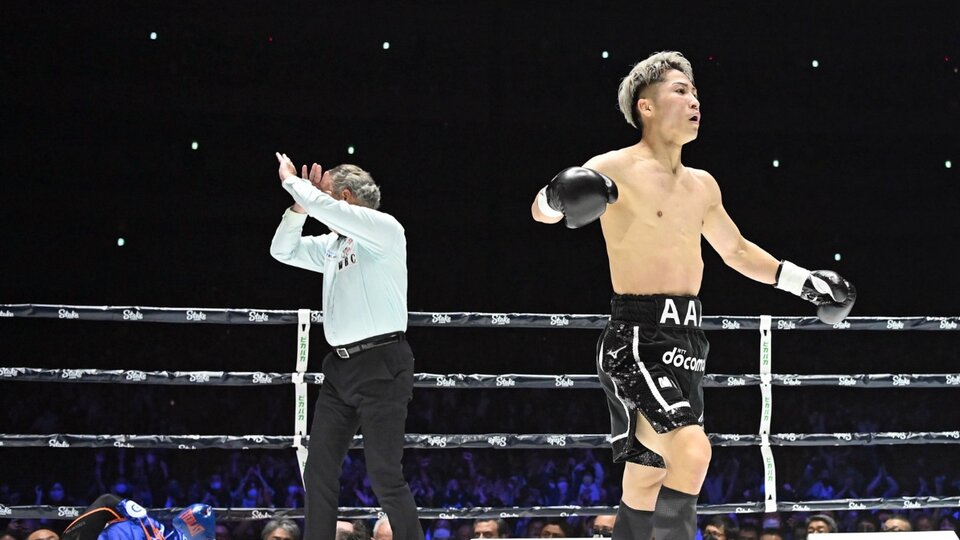 Japan's Naoya Inoue filled out perhaps the last form he needed to be considered the best boxer in the world today. During the Argentine morning an

Japan’s Naoya Inoue filled out perhaps the last form he needed to be considered the best boxer in the world today. During the Argentine morning and in Saitama (Japan), he defeated the Filipino Nonito Donaire by technical knockout at minute and 24 seconds of the second round and won three of the four versions of the world bantamweight championship. Inoue was already the monarch for the Association and the Federation and from now on, he also concentrates the title of the Council. But that is not what really attracts attention.

At 29 years old and undefeated in 29 fights with 23 wins before the deadline, Inoue is called “the Monster” for a reason. He impacts his overwhelming way of being on the rings. He doesn’t beat his opponents, he crushes them. He runs over them with an unstoppable mix of determination, aggressiveness, speed, precision and forcefulness. All these virtues fell on Donaire, a 39-year-old Filipino boxing legend with 20 seasons as a professional who wanted to fight as equals and ended up devastated in less than 5 minutes. As if he were a rookie and not a great boxer, he became world champion in four different divisions (flyweight, super flyweight, bantamweight and super bantamweight).

Inoue and Donaire had already faced each other in November 2019. They made a fight that Inoue won with much suffering. The pandemic delayed the completion of the rematch and only this Tuesday did they see each other again. Another even combat was intuited, with a reserved prognosis. But there was no fight. Inoue (53,524kg) flipped Donaire (53,410kg) at the end of the first round, pummeled him in the second and finished him off with a left cross. Donaire fell back to the canvas and when he tried to get up, Canadian referee Michael Griffin took pity on him and spared him the final execution.

At the top level of the world, there is no boxer with the explosive finishing power that Inoue has. Of his last ten rivals, only Donaire was able to finish on his feet that time. The rest were unceremoniously wiped off the map. In his eighth professional outing, on December 30, 2014, Omar Narváez from Chubut crossed his path and went to Japan to defend the Organization’s super flyweight title. And Inoue snapped it in half. He knocked him down twice in the first round and twice more in the second before Narvaez wisely decided to drop the fight to protect his physical integrity.

The Japanese Monster jumped from super flyweight to bantamweight in 2017 to claim the Association and Federation titles. He now also has the one from the Council and points to the one from the Organization, which is held by his compatriot John Riel Casimero. But his handlers do not rule out taking him to super bantamweight (55, 524 kg) to challenge the American Stephen Fulton, champion of the Council and the Organization or the Uzbek Murodjon Akmadaljev, who rules in the Association and the Federation. Inoue was a light flyweight and super flyweight world champion, now he is a bantamweight champion and can move up a category without losing speed and power. He is a physical and boxing wonder.

Twice, in 2020 and 2021, he defended his titles in Las Vegas, both times winning by knockout. But the big promotion companies and the big bosses of the American television industry are not so interested in the small categories. At most, to make room for Mexican fighters. The most profitable business of recent times is the Aztec Saúl “Canelo” Alvarez, who generates millions of dollars in each presentation. They all go to eat at his hands. But Inoue does not make problems. He has the powerful Japanese television on his side. And from that platform he radiates his greatness to the world.

Because if “Canelo” Alvarez is the most lucrative, the Ukrainian Vasily Lomachenko, the most skillful and talented, and Terence Crawford, Errol Spence and Gervonta Davis the most prominent in the United States, since Tuesday morning, Naoya Inoue ratified that he he is more than all of them: he is the best in the world. Until someone appears, it is not known when, that he proves the opposite.