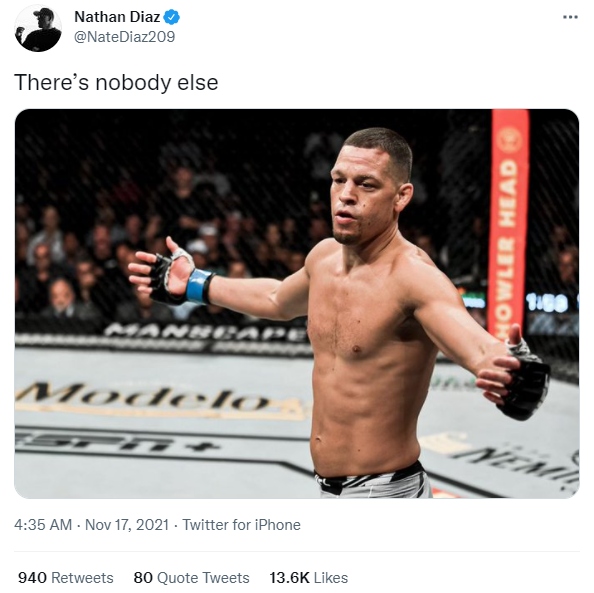 UFC fans may have seen Nate Diaz inside the Octagon for the last time after the legend posted a cryptic tweet suggesting his career was over.

The 36-year-old has only one fight left on his current contract, having fought for promotion since 2007.

Díaz remains one of the biggest names in the sport.

Diaz fights infamously sporadically, but they are always spectacles, as evidenced by his showdown with top contender Leon Edwards in June at UFC 263.

The 36-year-old was bullied and crushed to the mat until the last minute, when he landed a quick left and nearly scored one of the best comeback victories in the sport.

Yet despite a string of high-profile name calls in the 170-pound division, the Stockton native can’t seem to find a suitable opponent.

“There is no one else,” he wrote on Twitter.

Khamzat Chimaev, Vicente Luque and Conor McGregor have all expressed interest in fighting Diaz in the imminent future.

But with McGregor recovering from a broken leg, Chimaev staring at Kamaru Usman and Luque ready to get out of the Diaz fight, it leaves the veteran with a real lack of options.

The possibility of fighting the final fight and then moving on to more lucrative ventures has been mentioned.

Reports suggest that both he and his older brother Nick Diaz are creating a promotional tag, and they both compete in it after their UFC careers conclude. 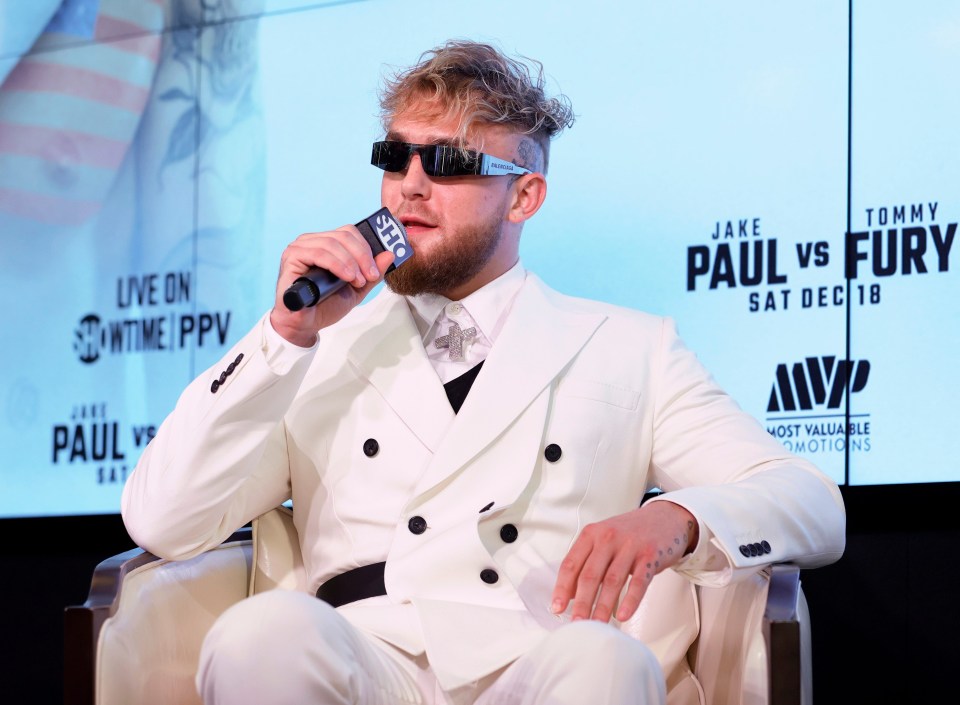 Paul has spoken about the possibility of facing Diaz, with Logan Paul and Nick Diaz potentially ready to face off as well.

Both Diaz brothers will be in Jake Paul’s fight against Tommy Fury on December 18 in Tampa, Florida, to support Team Chris Avila when he fights Anthony Taylor.

With Logan Paul also retaining a keen interest in sweet science, a brothers versus brothers masterclass could eventually take place in the future.

Stripe Miocic complains about UFC not scheduling trilogy fight with Ngannou or interim title
Michael Morales beats Nikolay Veretennikov by unanimous decision and wins contract to debut in UFC | Other Sports | sports
MMA: Al Iaquinta hints at his withdrawal from MMA: “It’s not worth it”
UFC/MMA 303