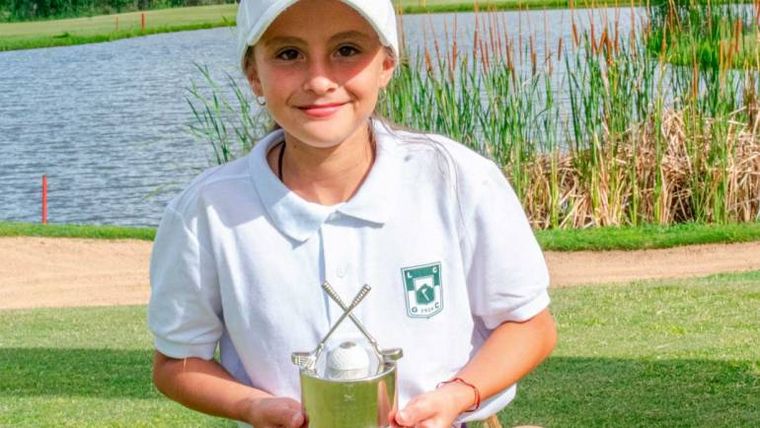 Brisa Cabrera is 12 years old and is a National Golf Champion and seeks support to travel to the United States to fulfill the scholarship she won at the Hernan Rey Golf School in Orlando.

Brisa does not have her own clubs, but they lend them to her and even so she beat the best of her category in the National and International Junior Tournament played in “Los Lagartos” Buenos Aires.

His father is a caddy and with professionalism and humility he transmitted all his knowledge to him. “Since I was little I took my daughter to train at Golf Club La Cumbre, which she now gave us a scholarship,” she told Cadena 3.

“I always say that my daughter has a special angel and will be the future No. 1 in the world,” her father Darío “Chiche” Cabrera proudly maintains.

“Since we don’t have money for left-handed sticks, and I’m left-handed, my dad cut me a stick and put packing tape on it to play with. Then he taught me to play with the right,” the little girl told Cadena 3.

“When I took her to golf, I made her try to hit him and as soon as he hit him he did so well that I said ‘it can’t be, it was a coincidence’. But he did it again. I went home crazy, the first thing I did was tell my wife ”she’s going to be number one in the world””, he recalled although he clarified that for Brisa golf “is just a game”.

In November they have to be at the Hernán Rey academy in Orlando, and for that they sell raffles for a 50″ Smart TV and she has an account at Banco Córdoba, Suc. La Cumbre in the name of her mother, Claudia Carranza.

Tags: Champion, Golf, national
Yulihan Luna excited after her first defense
the champion will kick off the opening 2022
Carla Esparza, the new UFC strawweight champion, is of Ecuadorian blood
GOLF 1252