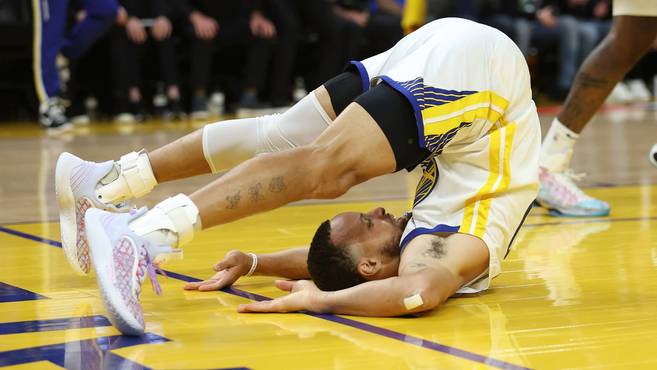 JAyson Tatum, Marcus Smart, Robert Williams and Steph Curry (who ended up sprawled on the hardwood floor in the famous plow yoga posture) are the s

JAyson Tatum, Marcus Smart, Robert Williams and Steph Curry (who ended up sprawled on the hardwood floor in the famous plow yoga posture) are the stars of a Top 5 from the first game of the NBA Finals that the Celtics won over the Warriors in San Francisco.

It was not the best night for Stephen Curry

It was not the best night for Stephen Curry, who despite scoring 21 points on 6-of-8 triples in the first quarter, failed to get his Warriors to beat the Celtics.

Boston decided the game with a tremendous run of 17-0 in the fourth quarter that dominated with a crucial 9 of 12 in triples.

“I don’t think we were smart enough in those situations to try to find the right matchups and try to create the right shots,” Curry said of the Warriors’ fourth-quarter performance and the Celtics’ terrific shooting.

“Al Horford, Marcus Smart, Derrick White, Jaylen Brown at the beginning of the fourth quarter… They played well. We know they are a good team. We are too. We have to answer on Sunday,” he added.

“Scoring points is not enough to win. You have to defend,” was Curry’s message for the second game of the NBA Finals.

How many 3-pointers can’t the Celtics make if the Warriors are going to win?

“Give them credit. I mean, they made 21 3-pointers (of 41 in the whole game). They moved the ball really well. … They put a good push in the beginning of the fourth quarter and kept that momentum going,” Steve Kerr said in acknowledgment. Celtics game in the fourth quarter.

“It’s going to be tough to beat Boston if they make 21 3-pointers and they have 11 of them between Al Horford (6-for-8) and Derrick White (5-for-8). Those guys, give them credit … Boston played a brilliant fourth quarter. They came and they won the victory,” he said.