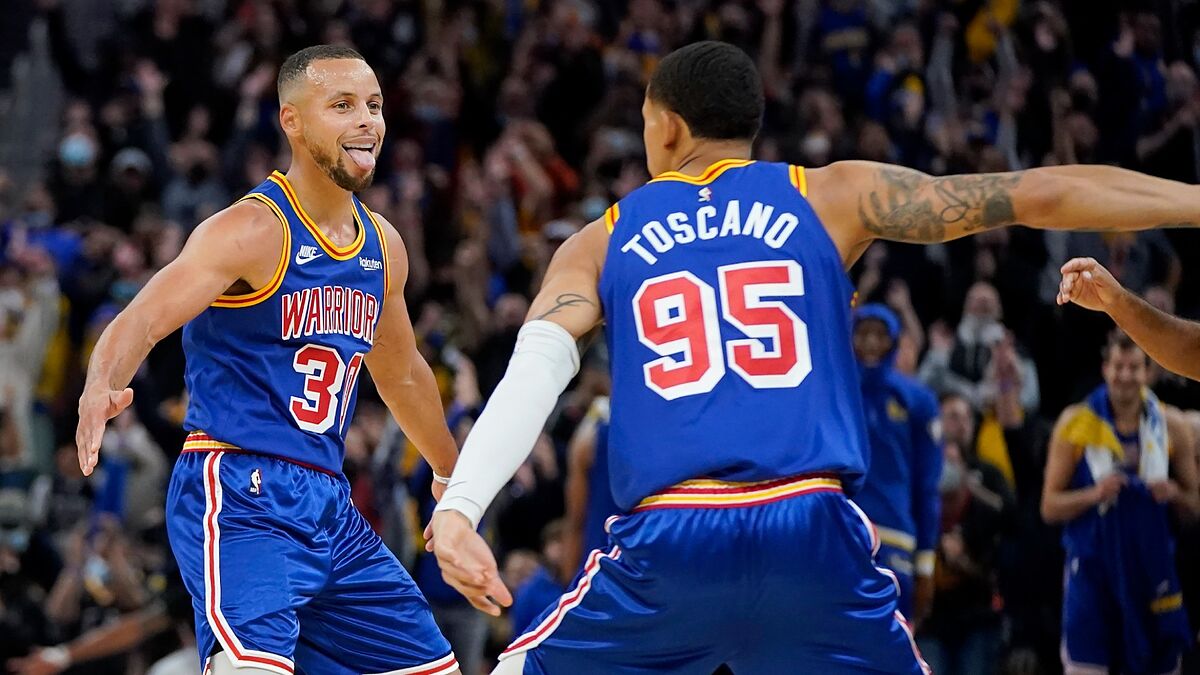 ANDth Thursday, Juan Toscano-Anderson put an end to his time with the Golden State Warriors. The Mexican signed on the first day of free agency wi

ANDth Thursday, Juan Toscano-Anderson put an end to his time with the Golden State Warriors. The Mexican signed on the first day of free agency with the Lakersafter which I received a emotional farewell to Stephen Curry.

“Always a champion and always doing it for Oakland. Good luck my friend @juanojuan10,” Steph wrote in an Instagram story, which shows images of the championship celebration, with the Mexican unable to hold back his tears under a Mexican flag.

Curry and Toscano-Anderson always had a good relationshipwith multiple jokes and messages of appreciation on social networks during the three seasons that coincided in Golden State.

Toscano-Anderson was born in East Oakland and went to Castro Valley High School before receiving a scholarship to play for Maquette. After his eligibility ended, he played in the Mexican and Venezuelan leagues, before signing up for the affiliate of the G-League of the Warriors in Santa Cruz..

Debut in 2020 in the NBA and although he was cut a couple of times, was part of the rebuilding of the team on 19/20 and 20/21, since the injuries of Klay Thompson and Stephen Curry, in addition to the departure of Kevin Durant, allowed the Mexican to make a place for himself in the NBA, although in the last Playoffs he left Steve Kerr’s rotation.

With the Warriors, Toscano-Anderson used the number 95 for being the street where he grew up in Oakland, 95th Avenue.

Tags: Videos - MX, Claro-MX/Basketball/Nba
Mavericks 126-118 Jazz | NBA Playoffs: The Mavericks take advantage against the Jazz with a big Brunson
NBA Playoffs 2022: The Celtics settle in the second round of the playoffs with a sweep over the Nets
NBA 2022: LeBron and the Lakers, the ones that sell the most jerseys in the NBA despite not reaching the Playoffs
NBA 3165