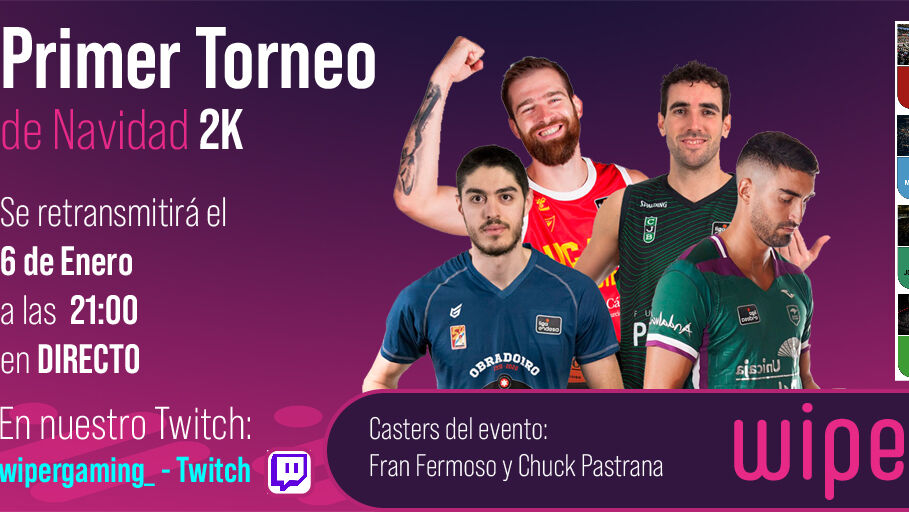 LeSports are not stopped for Christmas nor are they affected by quarantines. The first NBA 2K Christmas tournament, hosted by Wiper Gaming, measur

LeSports are not stopped for Christmas nor are they affected by quarantines. The first NBA 2K Christmas tournament, hosted by Wiper Gaming, measure four consecrated players of the Endesa League. Jaime Fernndez (Unicaja), Ferrn Bassas (Joventut), Nemanja Radovic (UCAM Murcia) and Edgar Vicedo (Monbus Obradoiro) will be delayed this next Thursday, January 6 from 9:00 p.m. in an event that will be broadcast live on www.twitch.tv/wipergaming_

The journalist and narrator of Movistar Plus Fran fermoso, specialized in CBA and NBA, and the comedian and streamer Chuck pastrana will cast a pioneer tournament in our country. Players will interact with each other and with the storytellers in a semi-final and final format in which their command skills will be as important as their ability to withstand the pressure of trashtalking from rivals, casters and spectators.

The offensive talent of Jaime Fernndez has made him in recent seasons one of the best national scorers in an Endesa League of which Ferrn Bassas is one of its most brilliant minds. Will they both be able to extrapolate their capabilities to 2K? Montenegrin Nemanja Radovic has been teaching low post classes for 8 years at the ACB, where Edgar Vicedo is consolidated as one of the most versatile forwards. Can they also impose their size with Play?

The call for the tournament

The first NBA 2K Christmas tournament to be hosted by Wiper Gaming, an educational technology platform that seeks to professionalize the gaming and eSports sector through quality training.