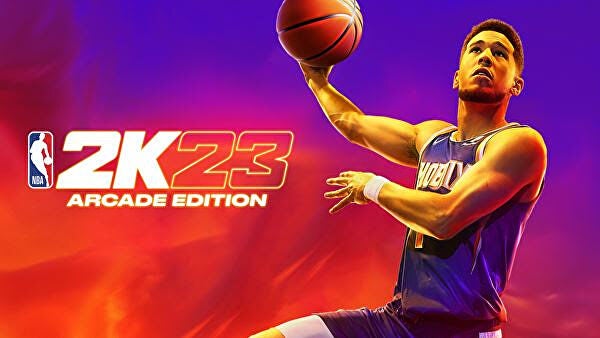 2K Sports has announced that NBA 2K23 Arcade Edition will be released on Apple Arcade on October 18. According to thos

2K Sports has announced that NBA 2K23 Arcade Edition will be released on Apple Arcade on October 18.

According to those responsible, the Arcade Edition is “an authentic mobile experience of the NBA 2K basketball game”, which includes “a new exclusive mode” called The Greatest.

It will feature twenty of the greatest NBA players of all time, including NBA 2K23 cover athlete Devin Booker and legends like Michael Jordan, Shaquille O’Neal and Kareem Abdul-Jabbar.

NBA 2K23 Arcade Edition will be playable on iPhone, iPad, Mac, and Apple TV, and will include MyCareer, Association, Quick Match, Blacktop, and Online Multiplayer modes.

Although perhaps the most remarkable – and curious – thing is that this version will be the only one that will not have any type of ad or in-app purchase, something surprising for a franchise that has precisely been criticized in recent years for its abusive microtransactions.

Apple Arcade is a premium video game subscription service for Apple devices, which is priced at five euros per month.

NBA: Mark Cuban “would not burn” a Mavs draft pick for LeBron’s son
The United States will come to Barranquilla with NBA experience to face Colombia
The NBA established new restrictions on players who are not vaccinated | Other Sports | sports
NBA 3438