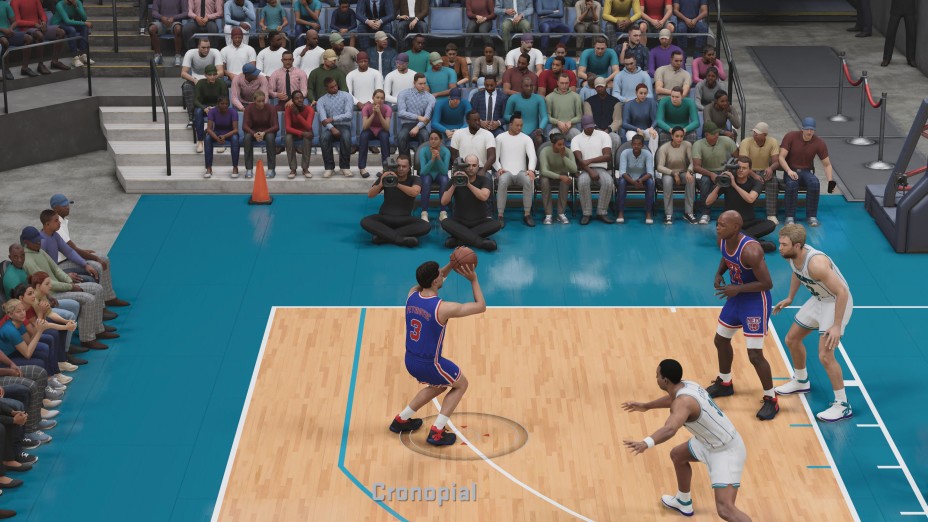 One of the most beloved game modes in League of Legends was born within the community. It was the players themselves who, using custom games, cre

One of the most beloved game modes in League of Legends was born within the community. It was the players themselves who, using custom games, created ARAM (All Random All Mid), a mode in which the 10 champions are in a narrow bridge and in which the choice of them is totally random. It was ten years ago, after a few months of popularity, when Riot Games embraced this mode and made it their own by integrating it into the game client.

Such is its success that many players don’t start traditional 5v5 games on the Summoner’s Rift map, demonstrating Riot’s great vision in making a community phenomenon official. Well, something similar is what happens with NBA 2K23, the new installment of the Visual Concepts basketball simulator saga. We explain it to you.

Pick up the baton from the community

I am a great franchise mode player, one of the forgotten in recent years, for the benefit of the always successful MyCareer in which we control the career of a single player created by ourselves, or the increasingly important MyTeam, the transfer of FIFA Ultimate Team to NBA basketball. So much so that in the last edition, for several weeks, we had invented players of more than 90 on average available on the free agent market in franchise mode.

Nor is it that you need a skill tree for the General Manager, as was tried in the past without much success, or a transcript of story mode within it that was a little embarrassing. To tell the truth, it is not easy to add extras to this mode without getting distracted and inevitably pale in comparison to the gameplay and the matches, which has to be the most important thing.

But 2K has followed the path set by Riot Games. For years they have allowed fans to create their own templates and scenarios for Franchise Mode, making it possible to play with teams from other times and specific years, or that the next season would have a specific historical draft. Although interesting, it lacked the necessary official status to take it seriously and not suffer from the fantasy draft syndrome: entertaining at first, but without the identity to play more than two games. 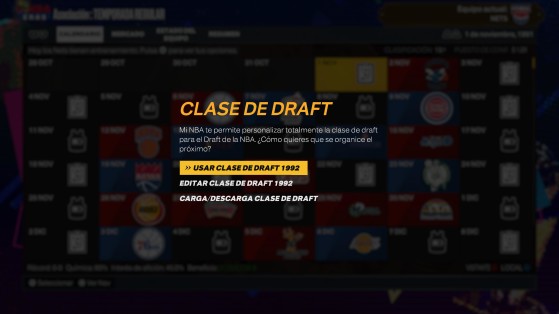 The Franchise Mode as such no longer exists. It is now inserted inside MyNBA eras, which allows us to choose the starting year of the game. We can use Modern Era, and start with the current NBA rosters, but also the two thousand with Kobe and company, that of Jordan in the 90s or magic and bird in the 80s

This does not stop there, because we are also offered to play just one year before a very relevant draft. For example, if you play in the Jordan Era, the first draft will be Shaquille O’Neal. If you opt for the two thousand, it will be the historical one from 2003, with LeBron, Carmelo, Wade or Bosh.

I myself started a game in Jordan’s time at the Nets, so I could play Drazen Petrovic. The objective is to develop the young talent of the team, while we seek to aspire to the number one draft and be able to get Shaq to dominate the next decade in North American basketball. 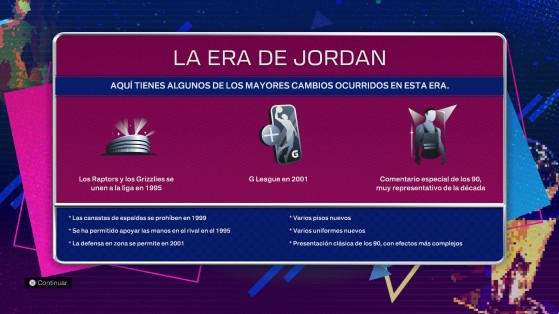 Official templates, classic jerseys and also canonical draft, it would be a really good thing. But NBA 2K23 goes further. So much so that the stadium floors, the broadcast format, the comments in English and even the rules of the game have been redone. Teams are even added in the specific years of appearance, as happens with the Grizzlies in the Jordan Era.

All this love, work and care for the history of the competition is something that will stay forever. I didn’t know I wanted it until I held it in my hands and, along with the Jordan challenges, it’s a love letter to basketball. Just what the definition of a sports game should be. 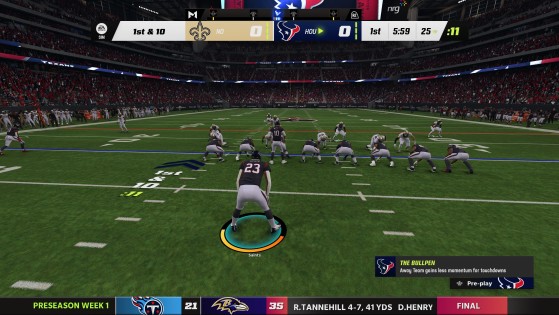 The American football sports simulator continues to be a great gateway to this sport that is so little known in Europe. It may even be better than FIFA in some areas.