NBA: 30 years of the best game in basketball history that pitted the Dream Team against each other in training 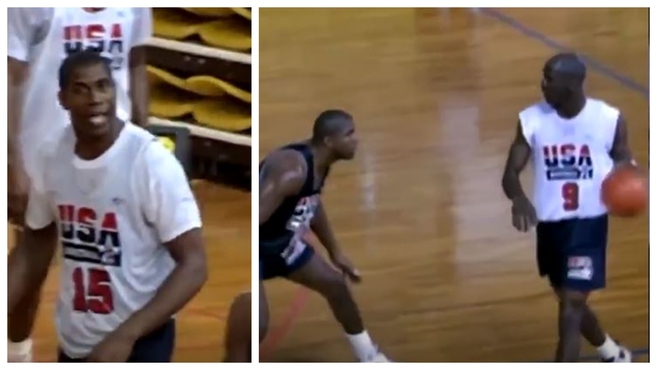 Qhe American basketball team, known as the authentic and true Dream Team, has been the best basketball team in history, everyone knows. But there are ins and outs of that group that are less known, that were not seen on TV and that not only highlight players of qualities and qualities never seen before, but also increase their legend.

Days before the start of the Olympic Games in Barcelona, ​​the United States beat France by a large result, although winning almost by inertia, without giving their best and leaving an image that, although the result did not invite it, left doubts.

After this friendly, in the gym of the ‘Luis II’ stadium, where AS Monaco FC has its headquarters, the coach and coach chuck daly schedule a special training. With no public, except for the coaching staff and the players themselves, there was only one order, “I want you to give it your all,” and Daly asked pete skorichone of his collaborators who worked with the Detroit Pistons, who would record the game for his personal use without knowing that this recording would go down in history.

Two teams of five, one led by magic johnsonthe other for Michael Jordan. And to play. The game led not only to a face-to-face between the one who was the king at that time, Magic, but little by little he saw that his throne was threatened by Jordan. In addition, the hardness of the match was increasing little by little through the personal clashes between each other. Drexler, Barkley, Ewing, Malone, Bird and company witnessed firsthand how, as Jordan stated at the end of it, he welcomed a “new sheriff in town.”

Such was the level of that game-training, that many years later Jordan was asked about the best game he had ever played, and he had no hesitation in answering, “It was the best game I’ve ever participated in, without coaches but with a referee who barely played.” whistled” he said. “You had ten Hall of Famers playing against each other, the way they compete, the desire, the trash talking, all the beautiful things about the game were reflected in one match.” remember Michael Jordan.

It’s been 30 years since that game and the images and first-person statements of the protagonists is more than just a document for the history of basketball and universal sport.

Tags: basketball nba
NBA: NBA bombshell! The Brooklyn Nets are tired of Kyrie Irving and could do without him this season
NBA: Nikola Jokic: white, European, slow, without jumping ability… and the most dominant player in the NBA
NBA: Stephen Curry’s stick to the Warriors for not signing Ben Simmons
NBA 3183