NBA: 30 years of the photo that changed the history of basketball with the creation of the ‘Dream Team’ 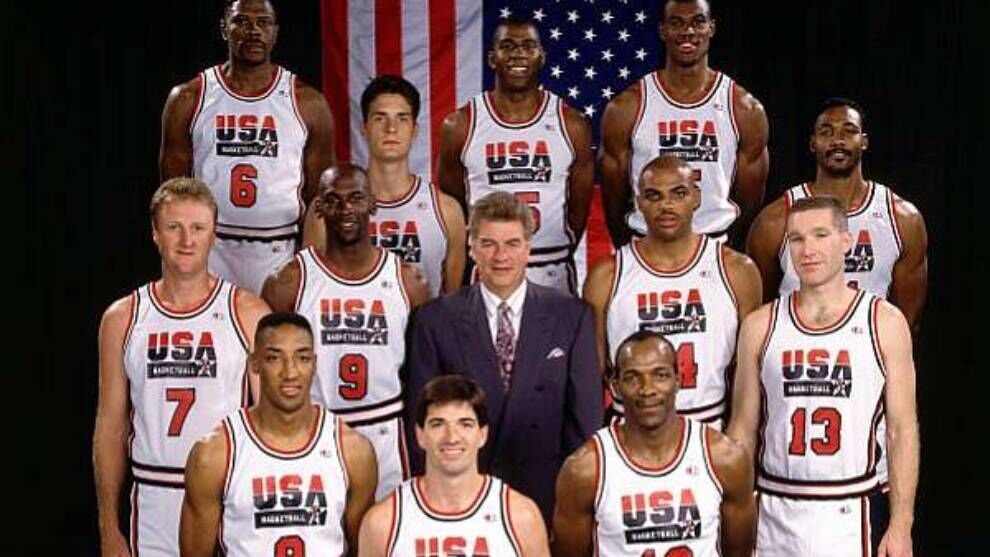 ANDl September 21, 1991 USA Basketball caused an earthquake that forever changed the basketball world by announcing the Top 10 names of the squad t

NBA: 30 years of the photo that changed the history of basketball with the creation of the ‘Dream Team’

ANDl September 21, 1991 USA Basketball caused an earthquake that forever changed the basketball world by announcing the Top 10 names of the squad that played the Olympic Games in Barcelona in 1992. Ten names that are already legend in the history of the world of the basket and of sport in general, because their choice completely changed the paradigm of Olympism as it had been understood until then.

That day, the days of college players defending the American flag were long gone. After the Sel Games fiasco, conversations began between David Stern, then NBA commissioner, and Jos Antonio Samaranch, president of the IOC, to allow the convocation of professional players at the Olympic event as proposed by the then President of FIBA ​​Boris Stankovic.

We were like the Navy Seals. We got there, kicked some asses, and came home safe and sound. “

“There is the error of believing that it was the NBA that wanted to redeem itself from the defeat of 88. We don’t think it was going to become the phenomenon that it was. We told FIBA ​​that we weren’t enthusiastic about the idea, but that we would support the decision of a vote, which was unanimous except for our vote and that of Russia “, confessed David Stern years later about his role in creating the Dream Team.

The best of the best team in history, the Dream Team

“Someday it will be part of a Trivia answer. It’s going to be amazing, I’m going to be part of the best team that has come together in history. “, assured an excited Charles Barkley after hearing his call. “You will see professional teams again at the Games, but you will never see a team like this again. It was majestic,” recalled Chuck Daly years after captaining the most powerful ship in history.

Once all the stars were convinced (Jordan was the one that cost the most) the team began the concentration in Los Angeles where they suffered a defeat that was not recorded until two decades later. Later came the training cataloged as “the best game in history” that was played in Monte Carlo and of which only the legend remains. And from there, to Barcelona to make history. In Barcelona they were received as stars of music (“We were like the Beatles”, recalls Ewing) and enjoyed all the benefits that this entails until the final day, when they hung a metal that had their name inscribed on before starting.

Not a single time out

Everything changed on July 26. That day in front of Angola they began their particular military walk through a field where they did not let the grass of any of their rivals grow. They all gave in to an unbeatable selection: Gold, eight victories (to which must be added the six achieved at the Portland Pre-Olympic) and an average of 44 income points over all his opponents.

Tags: basketball nba
NBA: Stephen Curry’s stick to the Warriors for not signing Ben Simmons
NBA rumors: Teams with options to sign Zach Lavine
NBA: No one understands this NBA: the Suns lose by 20 against the Thunder, the Lakers and the Nets are bordering on disaster…
NBA 2835

Loading...
Newer Post
F1 | The latest evolution of the Honda engine has a trick
Older Post
4 NBA players who could be traded in the face of a bad start