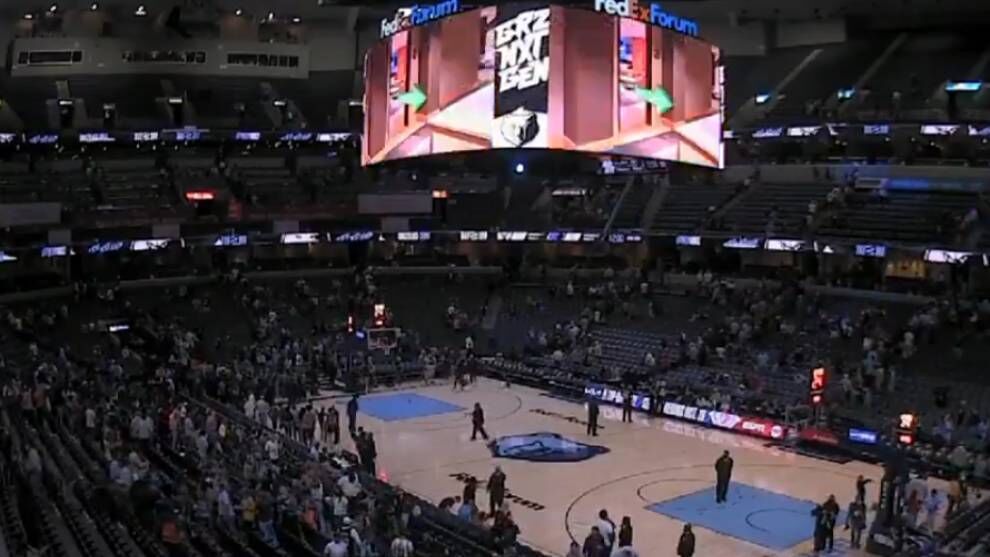 Lyou Grizzlies Memphis had a special preseason opening night after winning by 87-77 to the Milwaukee bucks, current NBA champions, after suspending

Lyou Grizzlies Memphis had a special preseason opening night after winning by 87-77 to the Milwaukee bucks, current NBA champions, after suspending after three quarters the match they played for an exhibition at the FedExForum, where it was activated a fire alarm, which forced his evacuation.

At the time of delay, the Grizzlies led 87-77 in the first preseason game for both teams and that score was the one that was officially counted as the competition could not be resumed. A suspension that left without debuting Spanish Santi Aldama, which until the moment the alarm went off had not jumped onto the court by decision of the Grizzlies coach

Authorities said the problem was a false alarm caused by a sprinkler in a non-public area. The delay was a little over an hour after the alarm went off and the game was canceled.

Results of the night

“With the extended delay, the league, in consultation with the Bucks and Grizzlies, has decided not to complete the game in the interest of player safety,” the NBA announced.

All fans were removed from the building when they are the alarm while the workers of the field tried to determine the origin of what happened.

At one point, shortly after the teams left the court, Bucks coach Mike Budenholzer crossed the court with his suitcase in tow. Slowly, other Bucks players and staff, some with trays of food that are delivered after games are over, left the building.

Although the team waited until the official word before leaving, it was questionable after the significant delay whether the teams would return given how long it would take the players to prepare for another 12 minutes of basketball.

“Tonight was a unique experience,” Grizzlies coach Taylor Jenkins said. “No one could have foreseen that that had happened. Great collaboration between both teams and the league. Much dialogue. And it was definitely unique. “

Tags: Milwaukee bucks, basketball nba, Santi Aldama
10% of NBA players have not yet been vaccinated against covid
Ranking: The 12 best ‘Peaks’ in NBA history
NBA: Surreal! The Thunder play with 7: this is how the mop boys stopped a rival
NBA 2525