NBA: An NBA player asks Kerr to change Curry “because he is killing us” 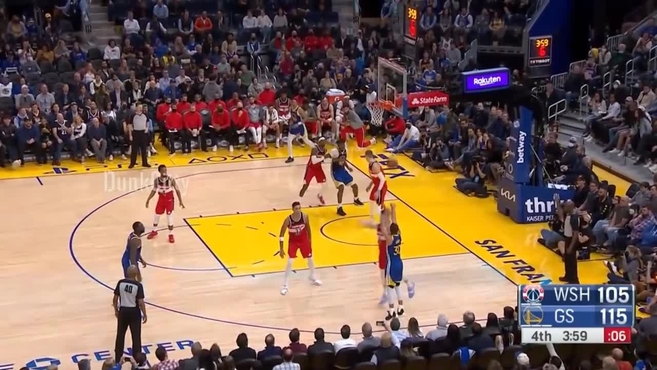 Kentavious Caldwell-Pope I already had enough. She had suffered Stephen Curry during his scoring explosion and, neither short nor lazy, went to th

Kentavious Caldwell-Pope I already had enough. She had suffered Stephen Curry during his scoring explosion and, neither short nor lazy, went to the bench of the Warriors to beseech Steve Kerr to change his star”because it is killing us“. There were 1:57 left in the game.

Both the bench and the public who noticed KCP’s pleas and even Curry himself burst into laughter at an unusual situation in the NBA. Curry had destroyed the Wizards with 47 points on the day of his 34th birthday with 16 of 25 shots, and seven triples in 35 minutes of play.

Though it looked like Curry would still be on track for his second 50-point game of the season (and the 11th of his career), Kerr ultimately heeded Caldwell-Pope’s pleas and ended up seating Curry to a standing ovation from the Chase Center. Still, KCP thought that his request to Kerr had come too late. If it had occurred to him in the first quarter…

The party was a party in San Francisco. It served to see in action again Draymond Green received by the pavilion with a huge ovation. Curry, Green and Klay Thompson met on court against the Wizards for the first time in the last 1,005 days.