NBA: Anthony Edwards does not set any limits: “This year I want to be a starter in the All Star” 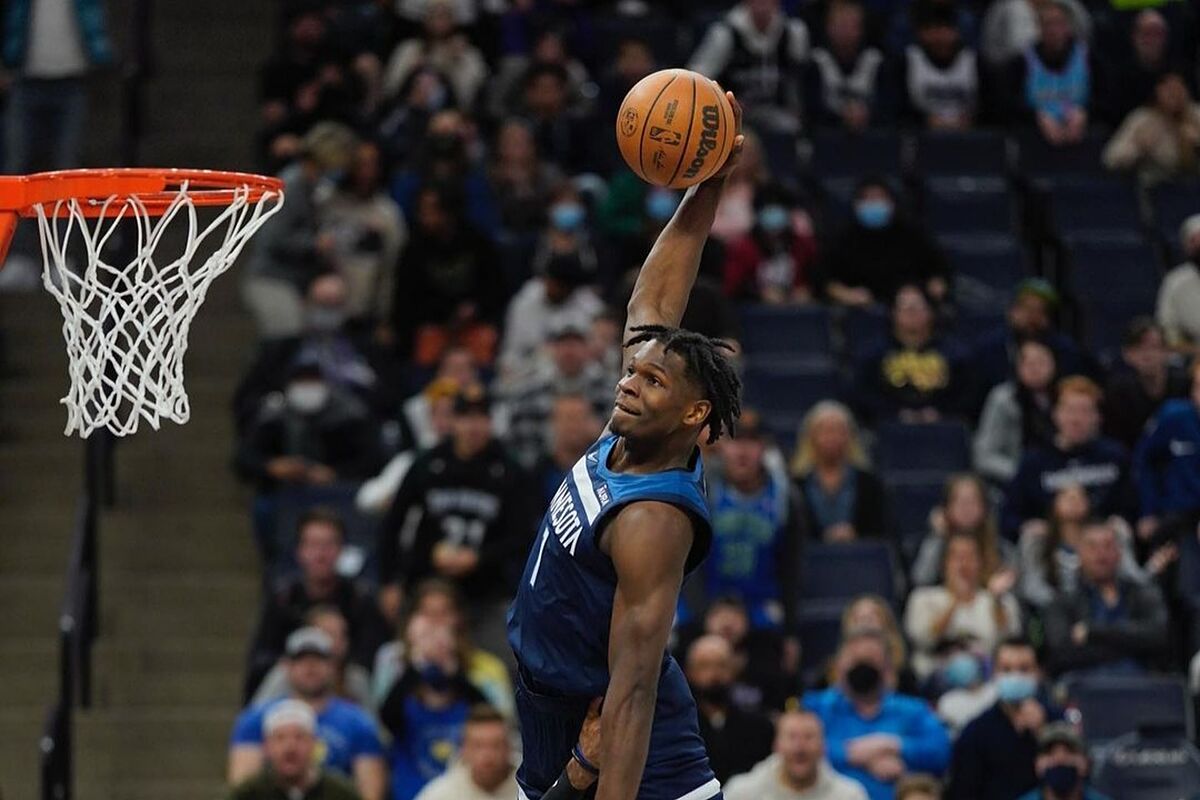 TThe NBA season hasn't started yet, but many players are working physically and technically to improve and carry out the best possible campaign wit

TThe NBA season hasn’t started yet, but many players are working physically and technically to improve and carry out the best possible campaign with their teams. One of them is the young player Anthony Edwardswho will play his third season with the minnesota timberwolvesteam that selected him in the position 1 in the first round of the 2020 Draft and with whom he has averaged 21.3 points, 4.8 rebounds and 3.8 assists in 34.3 minutes this season.

This year, with the arrival of GobertIt is expected that the Timberwolves can make the playoffstherefore, there are high expectations placed on the team of D’Angelo Russell and Karl-Anthony Towns. But not only at the organizational level, there are also players who have set very high expectations, as is the case with Anthony Edwards, who doesn’t mind putting weight on his shoulders.

“I try to make that leap to be the best player that I can be. Trying to take my team as far as possible. I’m working harder than ever” he said in a talk he had with Jon Krawczynski for ‘The Athletic’.

The mate of the year in the NBA: savage number 1 to humiliate the rival

Being an All Star is his goal for the next season

A few weeks ago he already said in ‘Complex’ what his goals are for the next academic year, both individually and collectively: “Personally, this year I want to be a starter in the All Star. I want my numbers to improve to win many games and go far in the playoffs“.

The player himself knows that self-demand must be very high to achieve the goals he wants to achieve: “I’m still a nobody. Probably in two or three seasons I will understand exactly what I have to do in the summer to be the best I can be. Right now I’m figuring out how and things are going really well.”

Tags: basketball nba, Minnesota Timberwolves
NBA: Two former Lakers stop the Cavs from a good Ricky Rubio
NBA: The brutal introduction card in the NBA of superhero Thor
NBA: Durant fails in his ultimatum to the Nets and goes out on the street
NBA 3448