NBA: Astou Ndour already has a rival in the fight for the ring: Diana Taurasi and Brittney Griner scare ahead of the final 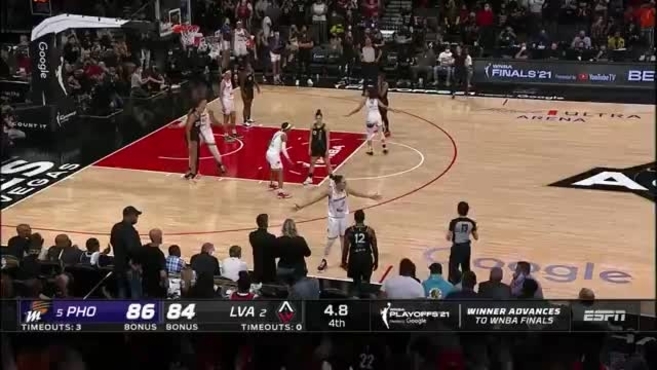 LThe WNBA already has the two finalists who will compete for the ring of the 2021 season. On the one hand, the Chicago Sky of Candace Parker and th

LThe WNBA already has the two finalists who will compete for the ring of the 2021 season. On the one hand, the Chicago Sky of Candace Parker and the Spanish Astou Ndour and on the other, the Phoenix Mercury, who got their pass to the final after winning to Las Vegas Aces in the fifth game of the semifinals by a tight 84-86.

A crash that was decided in the last five seconds of it by the grace of Britnney Griner. The pvot of the Mercury, who won their last ring in 2014, was huge in their zone and blocked the launch of A’ja Wilson that would have taken the crash to overtime. A defensive action that did justice to the great game of the pvot and their teammates.

Especially from a Diana Taurasi who has teamed up with basketball to slow down the unstoppable passage of time. The 39-year-old veteran, considered by many to be the best in basketball history, returned to give a recital in the fourth quarter, securing her presence in a WNBA final seven seasons later. Taurasi finished with 24 points, of which 14 came in the fourth quarter with three triples. A decisive performance that joined Griner’s great game (28 points and nine rebounds) to scare the Sky ahead of the first stake of the final, which is played in the best of five games and which begins at dawn from 10 to 11 October.

Chelsea Gray and Kelsey Plum were the Aces’ top scorers with 22 points each. While A’ja Wilson (21 + 10) and Liz Cambage (10 + 11) each contributed double-doubles, which were not enough against the success of Taurasi and Griner’s physique.

Tags: basketball nba
NBA: Panic in the Mavs: they confirm Doncic’s injury and there is no return date
NBA Rumors: Teams that can sign Julius Randle
NBA: 3-point record not held by Curry: 10/10 to start the season
NBA 2512