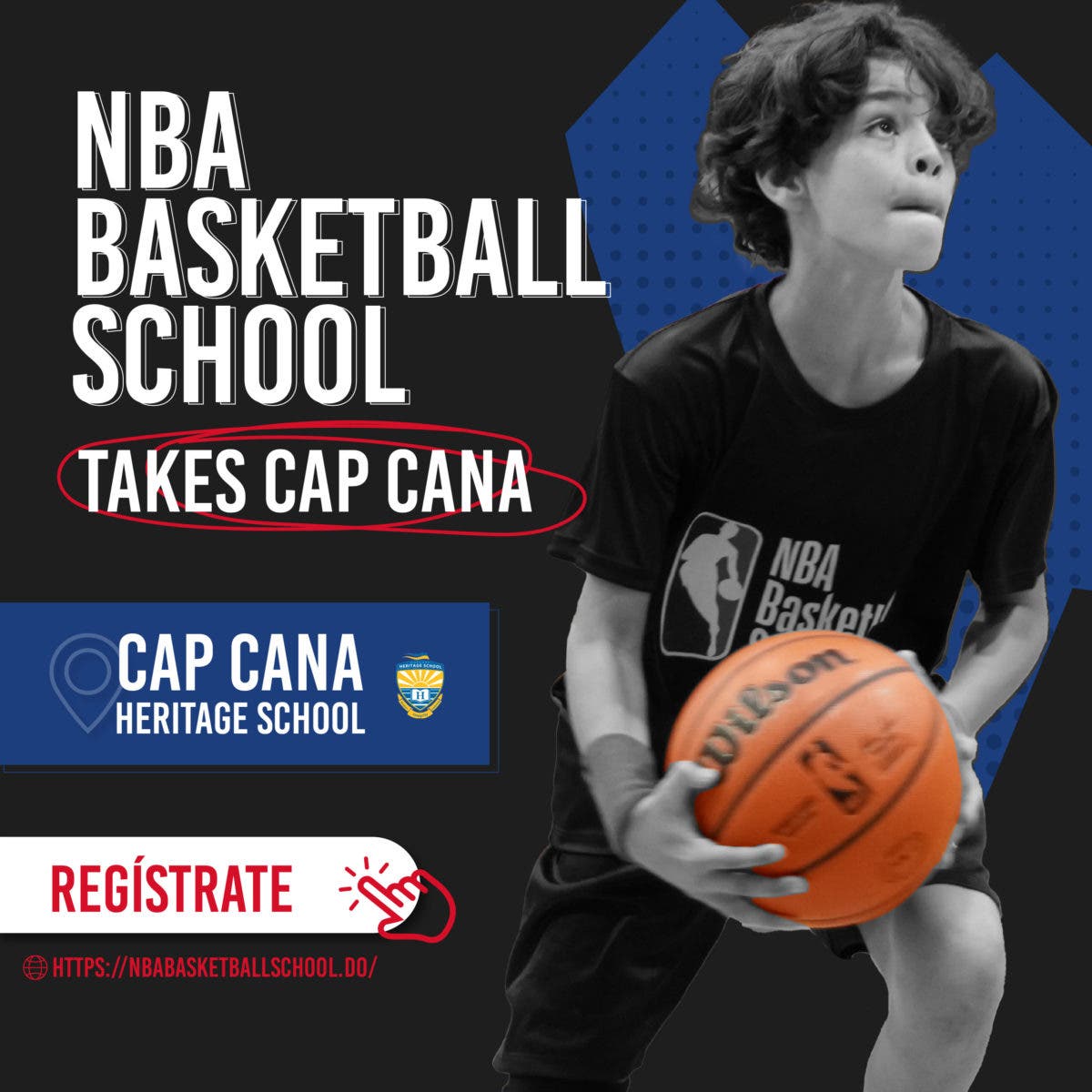 The NBA Basketball School in the Dominican Republic will begin its second camp for boys and girls from 8 to 18 years old in Cap Cana on September 22 , in order to provide young athletes training on the court, skill development and basketball education.

Registration for this camp, which will take place at the Heritage School in the Cap Cana Destination City for four days, from September 22 to September 25, is now open at nbabasketballschool.do.

The NBA Basketball School is a network of tuition-based basketball development programs open to boys and girls ages 6-18 outside the U.S. The Dominican Republic will become the fifth country in the Americas America to launch or announce plans to open an NBA Basketball School, joining Argentina, Brazil, Mexico and Uruguay.

Read: Shohei Ohtani: pitcher and hitter, in which facet is he better?

The NBA School of Basketball curriculum, which is designed to develop players and provide parents, coaches and organizations with a better understanding of the improvement process, has been developed by the NBA International Basketball Operations department. in consultation with coaches, players and current and former NBA coaches, player development specialists. Since 2017, basketball schools have been launched or announced of the NBA in Argentina, Brazil, China, Greece, India, Italy, Kuwait, Lithuania, Mexico, Spain, United Arab Emirates (UAE) and Uruguay.

The National Basketball Association of the United States (NBA) is an organization World Cup of Sports and Media with the mission dand inspire and connect people around the world through the power of basketball. Built around five professional sports leagues: the NBA, WNBA, NBA G League, NBA 2K League and Basketball Africa League, the NBA has established a significant international presence with games and programming available in 215 countries and territories over 50 languages ​​and products for sale in more than 200 countries and territories on seven continents.