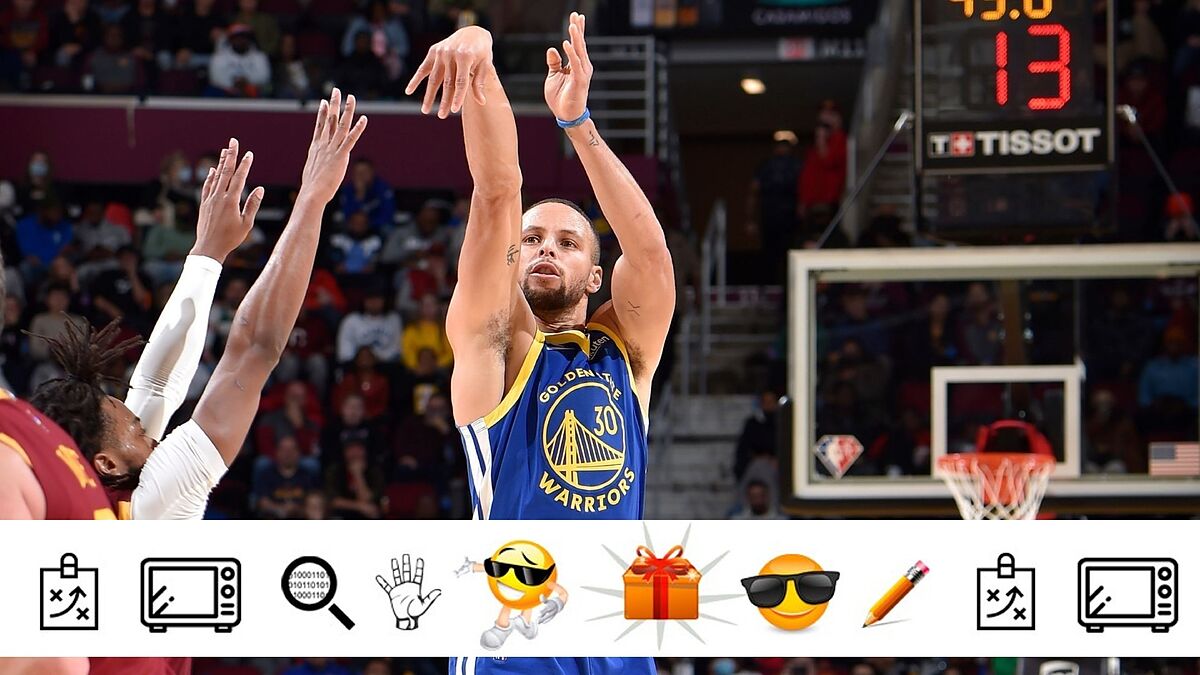 PIt is unlikely that Stephen Curry could surpass himself, but the 33-year-old point guard is going through the best moment of his career. And that

PIt is unlikely that Stephen Curry could surpass himself, but the 33-year-old point guard is going through the best moment of his career. And that is a lot to say. He has scored nine 3-pointers in four of the last six games, in which he averages 36 points. And 29.4 throughout this course. “He is one of the best in history and the best tripler of all time,” sums up his coach, Steve Kerr.

Curry&#8217;s 3-point average this season is 5.6 per game. It is the best of his entire career. That puts him in a position to break a series of astonishing records. The first to fall is the one with the most triples in NBA history. The Warriors point guard is already just 56 behind Ray Allen, who retired with 2,973 in 1,300 games. Curry leads 2,917 in 777. At the rate he is taking, he will catch up shortly having played 500 fewer! Crazy.

The point guard also threatens himself, who in the 2015-16 season scored 402 triples. Until then, no one had exceeded 300. Now, with his current average and if he plays all the games, Curry will reach 459. He also continues to increase his number of meetings with nine or more triples. He&#8217;s already 38 in his career. His most direct pursuers, James Harden and Damian Lillard, remain at nine.

The last feat was signed by Curry with a contusion to the left hip, produced after a blow with Harden in the recent game against the Nets. &#8220;It bothered me a bit,&#8221; he said. It didn&#8217;t seem like the truth. Especially in that last quarter in which he scored 20 points on 8/12 from field goals. &#8220;We needed him to get going. That&#8217;s why he is who he is,&#8221; said teammate Draymond Green. &#8220;It&#8217;s like you get into a street fight and you have Mike Tyson on your side. You&#8217;re going to have all the confidence in the world because you know that Tyson is knocking people out. When you have the best basketball player in the world, the same thing happens.&#8221; says another, Juan Toscano.

Cavaliers fans, despite witnessing the Warriors comeback, surrendered to the evidence with MVP chants towards Curry. It already happened at the last meeting in Brooklyn. Even rivals acknowledge the greatness of one of the greatest of all time, the player who changed basketball. &#8220;With him, nothing surprises me anymore. And yet, it surprises me if that makes sense. It is still incredible to watch, but somehow you expect it. He is a special player, a special person,&#8221; says Kerr.

Tags: Stephen Curry, Golden state warriors, basketball nba
10% of NBA players have not yet been vaccinated against covid
NBA: 3-point record not held by Curry: 10/10 to start the season
NBA: The tremendous data that makes the Bucks the best ‘Big Three’ in the NBA
NBA 1311