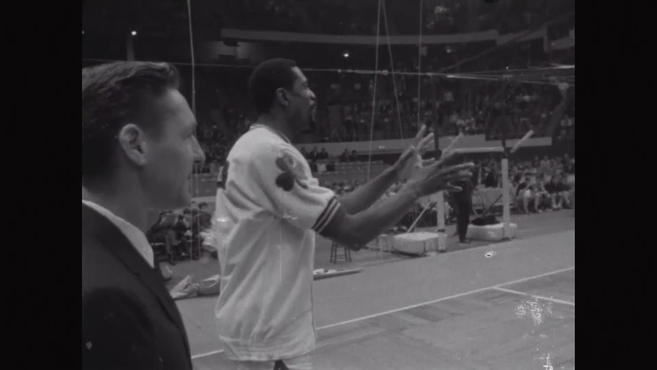 LThe NBA dresses in mourning after the loss of one of the best players ever in the North American league. Till the date, Bill Russell (02/12/1934)

LThe NBA dresses in mourning after the loss of one of the best players ever in the North American league. Till the date, Bill Russell (02/12/1934) is the player with the most rings in the NBA, with a total of 11. At 2.08 meters tall, he played in the pvot position and was the leader of the Celtics who won eleven championships in thirteen years. He contested ten consecutive finals and won eight consecutive titles.

This is how Bill Russell played, player with the most rings in NBA history

I studied at university of san francisco from 1953 to 1956 and in those years, in 1955 and 1956, he won the NCAA with the San Francisco Dons team. After completing his time at the university in 1956 He was chosen at number 2 in the first round of the Draft by the St. Louis Hawksalthough he developed his entire career in Boston Celtics.

‘The Hawk’, as they called him, He has been one of the best rebounders and blockers in NBA history. Total has captured 21,620 ballsand it is, together with Wilt Chamberlinthe only players who have caught 50 rebounds or more in a game. In the offensive section he did not stand out as in the defensive, but he finished his career with 14,522 points.

He has been part of the Basketball Hall of Fame since 1975, and in 1996 he was named one of the 50 best NBA players who had played in the league up to that point. Last year, specifically in September, re-entered the Hall of Fame, but this time as a coachsomething that only four people have achieved: John Wooden, Lenny Wilkens, Bill Sharman, and Tom Heinsohn.

Tags: basketball nba, Boston Celtics
NBA Rumors: The way for Ben Simmons to end up in Minnesota
NBA: Ricky Rubio, at the gates of the club of the 100 best thieves in the history of the NBA
NBA: Ja Morant eats the Bulls and breaks the Grizzlies’ scoring record
NBA 3180