NBA: Bucks and Celtics to a decisive; Golden State advances to the finals in the West 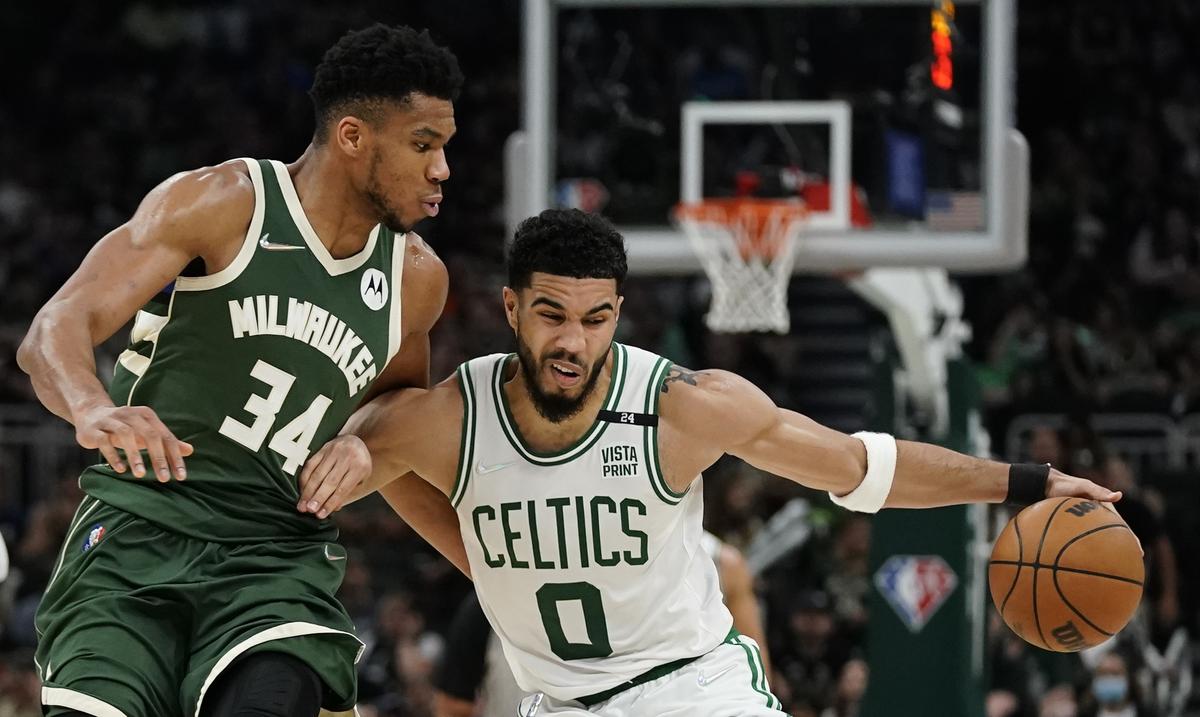 The Celtics’ star player shone with 46 points to outmatch Giannis Antetokounmpo and make sure the Bucks didn’t pull off another comeback in the fourth quarter.

The road team’s third straight win in the series set the scene for the final matchup on Sunday in Boston. The winner will head to Miami to kick off the Eastern finals on Tuesday against the Heat, who were the best team in the conference in the regular season.

“I wasn’t going to allow anything that would cause me to have any regrets,” Tatum said. He was willing to do whatever it took.”

Boston showed grit, reacting two nights after it blew a 14-point fourth-quarter lead to lose 110-107 at home in Game 5. The Bucks tried to come back again, after being in that same disadvantage in the last quarter.

This time, Tatum kept Boston up and saved the season. He scored 16 of the Celtics’ 26 points in the fourth quarter.

“It was unbelievable,” said Antetokounmpo, who also impressed with 44 points, 20 rebounds and six assists.

His 20 sacks off the board were one shy of the most in his career.

Meanwhile, Klay Thompson hit eight 3-pointers and finished with 30 points, Stephen Curry added 29 points with six 3-pointers and the Golden State Warriors advanced to the Western Conference finals on Friday after beating the Memphis Grizzlies 110-96 in the sixth game of their series.

Curry found his shooting rhythm late in the game and made two consecutive baskets late in the third quarter to put his team up 78-77 before the final 12 minutes. Draymond Green contributed 14 points, 16 rebounds and eight assists, while Kevon Looney had 22 rebounds and Andrew Wiggins converted 10 of his 18 points in the fourth quarter with a pair of well-timed 3-pointers.

Golden State, which lost to Memphis in last year’s playoff tournament, overcame a tough series to advance to the West finals for the first time since 2019, when it made its fifth straight NBA Finals but lost to Toronto in a decisive sixth game.

The Warriors, who finished third in the regular season, will meet the winner of the Phoenix-Dallas clash for the conference title. Game 7 of that series will be played Sunday in Phoenix.

Dillon Brooks led the Grizzlies with 30 points, including a career-high seven 3-pointers. Desmond Bane chipped in 25.

Memphis again played without star point guard Ja Morant, who missed the third straight game with a bruised bone in his troubled right knee. The Grizzlies attribute the loss to an action with Jordan Poole when they were fighting for a lost ball in the third game of the series.

Tags: celtics, NBA, Bucks
Embiid and Jokic uncover themselves on a night marked by the fall of the Lakers
Antetokounmpo, the hero who brought the Milwaukee Bucks to the NBA throne
NBA | Bucks defeated Nets
NBA 2540