NBA: Cavs continue to amaze and stop Bulls in their tracks 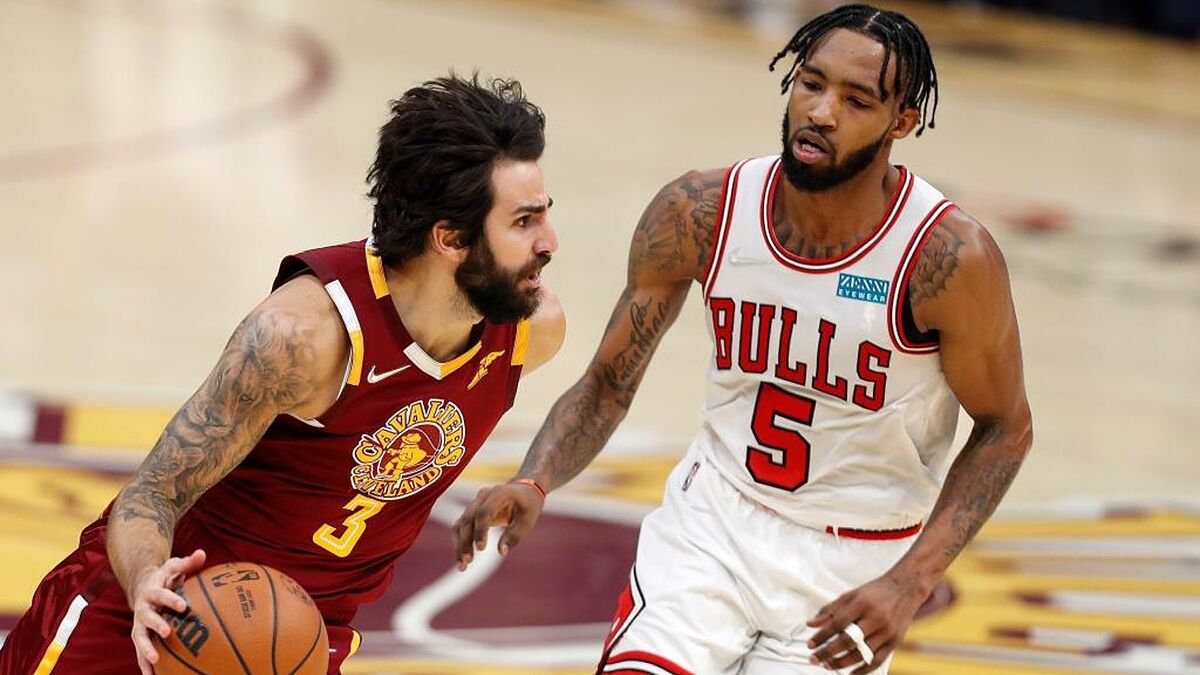 NBA: Cavs continue to amaze and stop Bulls in their tracks

Lyou Cavaliers cut short the winning streak of the Bulls by defeating those of Chicago in Cleveland 115-92 in a game in which Ricky Rubio’s team never gave an option to the visitors who at times lost 26 points.

The starting point guard of the Cavaliers, Darius garland, was the top scorer of the game, with 24 points to which he added 3 rebounds, 6 assists and 1 steal. His partner, the pvot Jarrett allen, who has become one of the best centers in the East, repeated a double-double with 13 points, 12 rebounds, 4 assists, 1 steal and 1 stopper.

Another of the Cavs towers, the rookie Evan mobley, He was on the verge of double-double with 16 points, 9 rebounds, 1 assist, 2 steals and 5 blocks. Mobley, one of the best rookies this season, is the first NBA “rookie” in 30 years to reach such high numbers in one game.

And Mobley is the Cavs’ first rookie since LeBron James to hit 5 blocks in a game.

The spanish Ricky Rubio he also came close to double-double with 11 points, 9 assists, 4 rebounds and 1 steal. Rubio improved his shooting percentage, which he had shown in the last games, and he successfully managed a few Cavs who have become one of the revelation teams of the season.

Despite the casualties of DeMar DeRozan, Coby White and Javonte Green, the Bulls arrived at Cleveland’s Rocket Mortagage FieldHouse with four consecutive victories that had catapulted them to second place in the Eastern Conference, behind only Brooklyn nets.

The two teams started the game hesitantly with LaVine and Vucevic testing the home’s defenses and Allen and Mobley tried to impose his dominance under the hoops. The Cavs’ two tall men were responsible for their team’s first 9 points.

When the first rotation in the Cavs came, with the entrance of Rubio and Kevin Love by Garland and Mobley, Cleveland were 13-8 with 6 minutes remaining in the first quarter.

And although the Bulls did get ahead soon after, thanks to points from LaVine and Ball, in the final 2.25 minutes, the Cavs went 8-3 to end the period 5 points ahead, 29-24.

By then, Allen and Mobley already enforce their law under the hoops, with both plugs to Tony bradley.

In the second quarter, the Cavs started 7-0 to put up a 12-point difference, 36-24. The Bulls were choking on the Cleveland defense and only LaVine, with his explosiveness, was capable of making a dent in the home team’s shield.

But the Bulls’ star forward was also scalded more than once, catching 1 of 2 blocks Mobley delivered in the period.

ALLEN AND MOBLEY IMPOSE THEIR LAW

At halftime, the Cavs were already 9 points ahead, 52-43 and blond accumulated 5 assists, 8 points and 3 rebounds in 13 minutes on the court.

On the return, the Cavs only had to maintain defensive discipline to end up defeating the resistance of the Bulls. Lavine, tired of battling Almost alone, he stayed at 4 points in the third period, after scoring only 1 of the 6 field goals he tried.

Ball He took on the workload and scored 9 points, including 2 triples from as many attempts, in that quarter.

But the Cavs they once again surpassed the Bulls, they scored 30 points, 7 more than the visitors, with veteran Love as the most effective with 9 points in the third quarter, the result of 3 triples scored from 5 attempts.

Going 82-66 at the start of the final 12 minutes, the Cavs hit the gas again. A 7-2 run in the first 2 minutes of the fourth quarter pushed them away to 89-68, with Allen doing his thing under the visitors’ hoop.

When the difference reached 20 points, 91-71, with 8.34 remaining, Billy donovan, the Bulls coach made one last attempt and placed LaVine and Vucevic on the court. By then it was too late. The Cavs were 26 points ahead, 104-78, with 5 minutes remaining.

Donovan took the court to the bench and ended the night, unable to get the fifth consecutive victory for the Bulls.