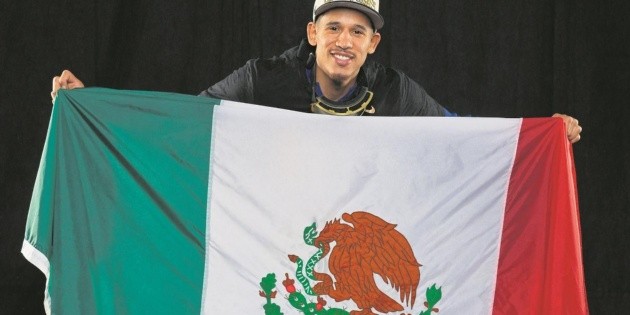 He was not an undisputed starter in the fifth NBA champion today, the Golden State Warriors, however, the Mexico-American Juan Tosc

He was not an undisputed starter in the fifth NBA champion today, the Golden State Warriors, however, the Mexico-American Juan Toscano-Anderson It was a key piece for the whole of the bay to proclaim itself champion over the Celtics of Boston.

And it is that during the regular season, the injuries of key players such as Gary Payton II, Otto Porter and at times, star Stephen Curry, helped the Oakland, California-born man to establish himself in Steve Kerr’s team, although once the team was able to qualify for the Playoffs, his place was on the bench, although he was never out of the rotation of the all-star team.

Throughout the regular season, Toscano, a faithful follower of Liga MX’s Tigres de la UANL, He played 73 games, where he added 994 minutes on the court. He also signed 127 assists, made 28 triples for a total of 298 points and 176 rebounds.

When the postseason arrived, Juan no longer entered the main plans of head coach Steve Kerr and his numbers dropped substantially, with 14 games played, 49 minutes, eight assists, two triples, 11 points and 10 rebounds, this because he stopped being part of Steve Kerr’s rotation.

Mention that Juan Toscano signed a contract for two years and two million dollars, which expired just after the last duel of the finals where Golden State was crowned against Boston. There he will become a restricted free agent. That is the Warriors they could match any offer that comes in for the Mexican and keep him on the team.

Given all this, Juan Toscano-Anderson has made history by being the first Mexican to win an NBA championship ring, surpassing what was done by his compatriots Eduardo Nájera, Horacio Llamas, Gustavo Ayón or Jorge Gutiérrez.