NBA cheat or mistake?: One of the hoops in Boston was higher than allowed | Sports 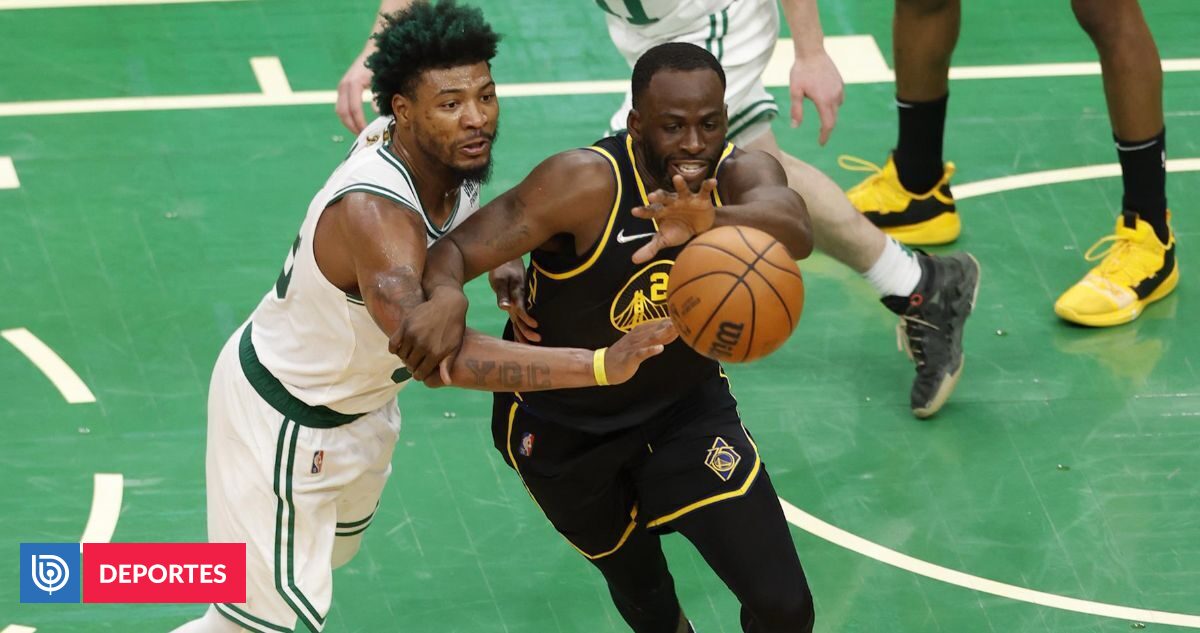 In the run-up to game number 3 of the NBA Finals, the Golden

In the run-up to game number 3 of the NBA Finals, the Golden State Warriors players noticed that a hoop was higher than allowed in the TD Garden in Boston.

Cheating in the NBA? The players of the Golden State Warriors discovered in the prelude to game number 3 of the Finals that a hoop was higher than allowed.

At warm-up time at the TD Garden, visitors suddenly stopped throwing to look at something that caught their attention. They realized that his hoop was higher than the regulation 3.05 meters.

The judges assigned for the review finally reported that the ring was five centimeters above the required height.

Dubs’ warmups had to be paused because the hoop was too high 😳 pic.twitter.com/UgMkAB4EwE

The unknown that was installed in the environment is trap or error? It is well known, especially in decisive instances, that in the world of sports there are all kinds of oddities to take advantage.

And in Boston trickery is not just a 21st century affair. Especially in the ’80s and ’90s, in the heyday of the ‘white on green’ with Larry Bird at the helm, the Celtics tried everything in their power to make their opponents uncomfortable.

Finally, the Celtics would be the winners of Game 3 of the Finals, with a score of 116-100, leading 2-1. Jaylen Brown, Jayson Tatum and Marcus Smart stood out in the winning box.

Game 4 of the definition that seeks the champion and successor of the Milwaukee Bucks will take place again at the TD Garden, this Friday from 9:30 p.m. in Chile.

While the Celtics are going for their eighteenth crown in the American professional league, becoming the most successful team in the NBA – beating the Los Angeles Lakers (17), the Warriors are looking for their seventh consecration.

Tags: nba basketball, ring, celtics
NBA: Game 3, a nightmare for Boston and a fantasy for Golden State | Basketball 123
Stephen Curry out for at least two weeks after left foot injury
Milwaukee: 20 injured in shooting after NBA playoff game between Bucks and Celtics
NBA 2872