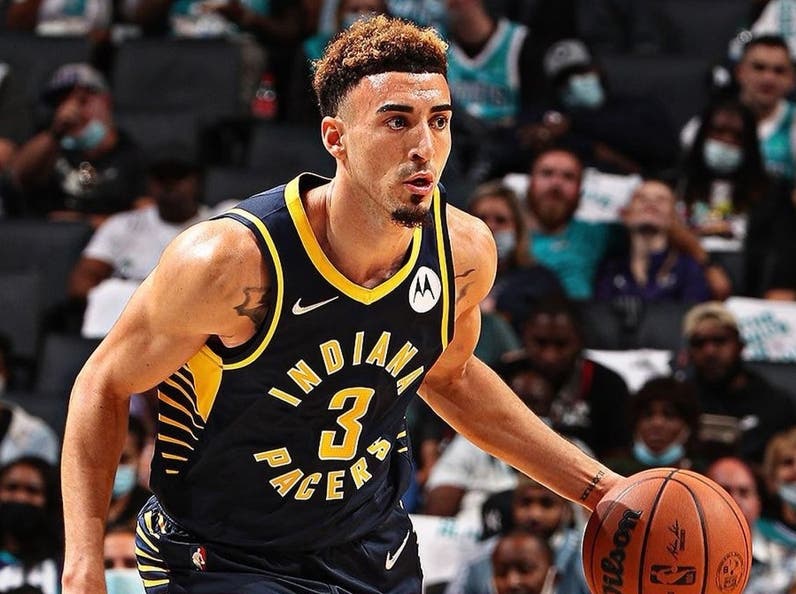 SANTO DOMINGO, RD.- NBA player Chris Duarte announced that he will play with the national senior basketball team in the qualifying window for the

SANTO DOMINGO, RD.- NBA player Chris Duarte announced that he will play with the national senior basketball team in the qualifying window for the Basketball World Cup to be held on August 25.

The Dominican native of Puerto Plata plays for the Indiana Pacers in the most important professional basketball league in the world and has just finished his first season in the United States.

Duarte confirmed his participation in a conversation held this Monday with the management of the national senior basketball team, which is made up of Rafael Uribe, president of the Dominican Basketball Federation (Fedombal); the journalist José P. Monegro and the communication businessman Fernando Hasbún.

Uribe highlighted the enthusiasm shown by Duarte upon confirming his integration into the Dominican basketball team.

The Dominican Republic will face Panama on August 25, at the Prof. Virgilio Travieso Soto Sports Palace, in the city of Santo Domingo, and Duarte’s debut will be on home soil.

On Monday the 29th of that month, the Dominican team will play in Venezuela against that country’s national team and then go to Brazil for the Americas Cup.

Duarte, 25, is a University of Oregon graduate who was the Pacers’ 13th first-round pick in the 2021 NBA draft.

Duarte will join the other Dominican players who led the team to the second qualifying round with four wins and two losses, surpassed only by Canada who had 6 wins and no losses in Group C, from which the Bahamas also advanced with 2-4.

They advanced to the second qualifying round and will merge with the top three spots in Group A (Venezuela and Argentina, both 5-1, and Panama 2-4), to form Group E.

Duarte is one of three Dominicans who play in the NBA along with Al Horford, also born in Puerto Plata and belongs to the Boston Celtics, and Karl Towns of the Minnesota Timberwolves.

How to qualify for the 2023 World Cup

Teams from the Americas will qualify for the FIBA ​​Basketball World Cup 2023 through six windows over 15 months.

The Qualifiers began in November 2021 and will last until February 2023, with the national teams playing home and away games in each of these windows.

Seven countries from the Americas will earn a place to compete in the FIBA ​​Basketball World Cup 2023, which will be the first three places from Groups E and F, and the best fourth place between both divisions.

Tags: Dominican Basketball Team
Giannis Antetokounmpo, the most searched NBA figure in google
Are the Golden State Warriors still a contender for the NBA title?
NBA: Histrica Ionescu: First triple-double with 30 points in the WNBA
NBA 3183