NBA: Diana Taurasi is officially the Jordan of women’s basketball: declared the Best in History 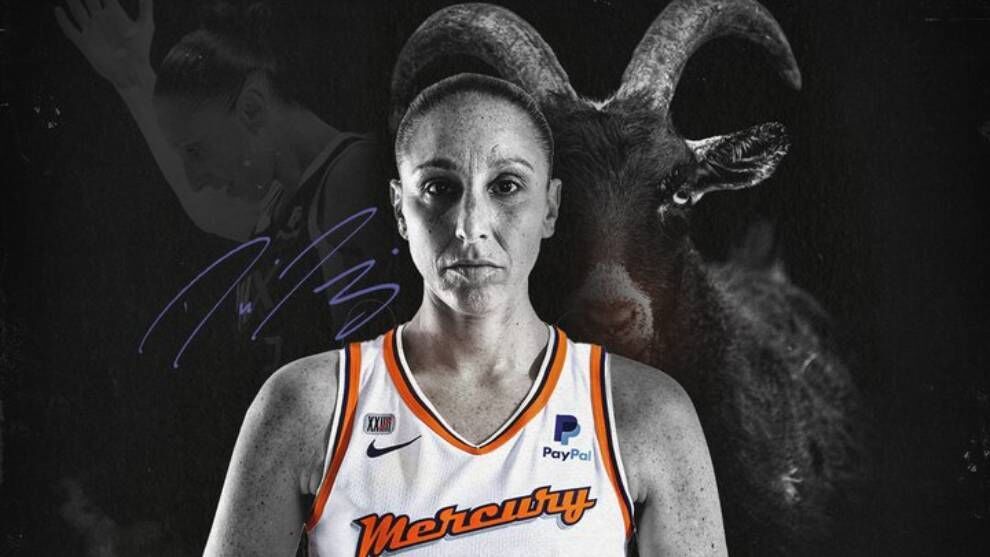 Lto WNBA confirmed what many experts have been saying and writing for a long time: Diana Taurasi She is the best player in the history of the compe

NBA: Diana Taurasi is officially the Jordan of women’s basketball: declared the Best in History

Lto WNBA confirmed what many experts have been saying and writing for a long time: Diana Taurasi She is the best player in the history of the competition and this has been recognized by the league itself, which has been chosen by the fans in the vote organized by the WNBA to choose the best of all time among 25 candidates as part of the events of the 25th anniversary of the competition.

The Phoenix Mercury player won the vote for Sue Bird, Maya Moore, Candace Parker and Cynthia Cooper, who completed the top five and received recognition prior to the first Finals game between the Arizona franchise and the Chicago Sky. “Congratulations to Diana Taurasi for being voted the best player in the WNBA. of all time by the fans, “said WNBA Commissioner Cathy Engelbert of the award that recognizes the extraordinary career of a living basketball legend.

Sue Bird, Diana Taurasi and the mutual tribute to two of the greatest in history

A life between football and basketball

Admirer until sickness Kobe bryant and his tireless work ethic, ‘The White Mamba’ He was born in the small working-class town of Chino, California where his parents arrived in search of work and opportunities that were denied to them in Argentina.

His father, Italian by birth and gaucho by adoption, was the one who transmitted his passion for the world of sports after having professionally dedicated to football as a goalkeeper in his native country. Thanks to the little Diana, she began to practice football at the same time that she began to bounce the orange ball with her left hand. “I did not want to disappoint my father and he had a difficult time choosing when the training of the two sports began to coincide.. In the end he opted for basketball because he saw more of the future, “recalls his sister Jessika about how Diana came to basketball.

Sue Bird, Diana Taurasi and the mutual tribute to two of the greatest in history

From his mother he learned the value of effort and sacrifice of being away from home. Liliana combined several jobs at the same time so that her two daughters did not lack anything as it had happened to her in Argentina during the 70s. Niera, secretary, waitress, any trade served to bring food home and that Diana and Jessika only had to worry about playing and learning.

The image of Argentina, key

“He could not miss what he had, he could not pass up the opportunities“, said Taurasi after returning to the United States after spending a year in Argentina, where he saw the precariousness of his family and the sacrifice that his mother made in California so that she would not have to go through the same hardships as her cousins.

That work ethic was also influenced by a fundamental character in Taurasi’s career: a Kobe Bryant whom I idolized like all California kids in the late 90s. Diana stayed planted from the television every time the Lakers played and tried to imitate the movements of the guard in the living room of her house and until they did not come out perfectly she did not go to sleep.

That obsession soon translated into brilliance on the court in the ranks of Don Antonio Lugo High School, a small Californian institute whose name became known throughout the country thanks to the performances of a Taurasi who was beginning to show that limits were not made for her So what any barrier was not high enough for her not to jump over it. It was the beginning of a whirlwind race to success. First at UConn under the command of a Geno Auriemma who went to the door of her home in Chino to recruit her and win three national championships together. And then in the WNBA that just recognized her as the greatest.

Tags: basketball nba
Kings 101-128 Grizzlies | NBA: Santi Aldama spreads his wings of 2.18 and leaves his mark on the Grizzlies based on pops
NBA: The controversial Campazzo, lost in the controversy, does not find his magic
NBA: Barkley’s tough message to Zion Williamson for her feeding: “It seemed like Shaq and I had a baby.”
NBA 807