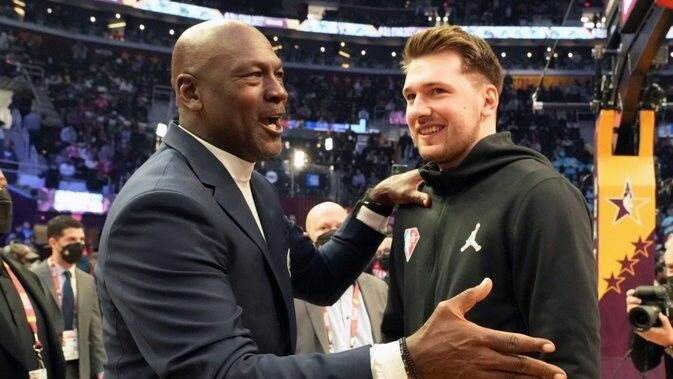 CWith the 45 points he scored in the first game of the tie against the Sun's, Luka Doncić has equaled Michael Jordan as the best scorer of all time

CWith the 45 points he scored in the first game of the tie against the Sun’s, Luka Doncić has equaled Michael Jordan as the best scorer of all time in the NBA playoffs. The Slovenian point guard averages 33.4 points, which are the same ones with which ‘Air’ ended his career. No player in history reaches that figure with at least 15 games played.

The difference lies in the longevity of Jordan, who played 179 games in the title series and won six rings in six finals. Doncic, for his part, just reached 17 games and, with the victory against the Jazz, has managed to overcome his first playoff tie. In addition, in the first 17 duels in the fight for the ring, ‘Air’ clearly surpassed the score of the Slovenian player, since I averaged 38.0 points.

Doncic’s records are surprising when compared to some of the great stars of the current NBA. Kevin Durant He is the closest active player to him with an average of 29.4 points throughout his career. Lebron James average 28.6, Donovan Mitchell reaches 28.3 and Anthony Davis it stays at 27.3.

Against the Suns, the Mavericks point guard added his sixth performance above 40 points in the playoffswhich are the same ones that players like Giannis Antetokounmpo, Kawhi Leonard, Kyrie Irving, Damian Lillard, Devin Booker and icons of a few others like Tracy McGrady and Larry Bird.

Tags: Luka doncic, basketball nba, Dallas mavericks
NBA: The Celtics are no longer covered: a stellar Tatum and the best defense in the NBA
NBA: The unfortunate phrase that has irritated the NBA: “He pulled the trigger like his father”
NBA Rumors: Possible New Orleans Pelicans Transfers
NBA 2869