NBA Draft 2022: Chet Holmgren, the one chosen by Oklahoma City Thunder with the second pick 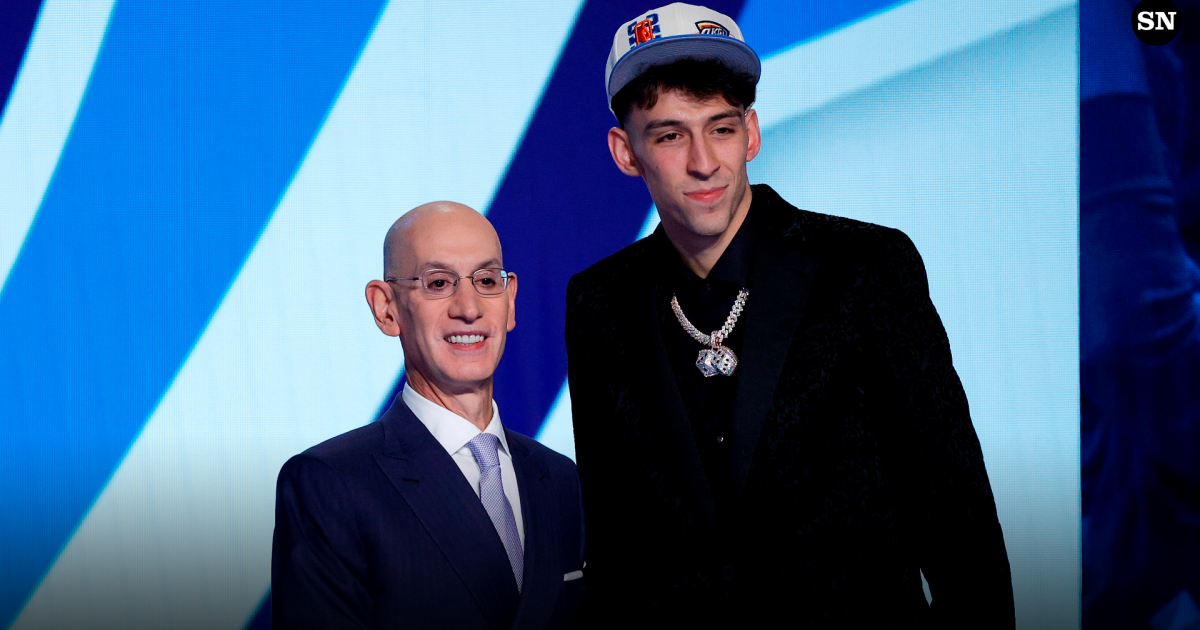 Oklahoma City Thunder continues to add young talent and in the NBA Draft 2022 He stayed with the one that for many may end up being the best player of this year: Chet Holmgreninterior emerged from Gonzaga.

Holmgren, a 4-5 very complete on both sides but with doubts about his physique, he seems to have an ideal fit in the Thunder, where the creative load is on behalf of names like Shai Gilgeous-Alexander and Josh Giddey.

What exactly does OKC get with Chet? An in-depth look below.

How does Chet Holmgren play?

Holmgren, 20, measures 2.13 meters and had averages of 14.2 points, 9.6 rebounds, 3.6 blocks and 1.8 assists in 26.9 minutes during the Regular Phase, in addition to showing spectacular percentages: 61% from the field, 73% in doubles, 41% in triples and 75% in free. It is not difficult to understand why he is considered a top talent, even when just looking at a photo of the Minneapolis-born is enough to discover his main weak point and question mark for the NBA jump: his extremely frail physique (below 90 kilos).

Chet Holmgren showed what makes him the No. 1 prospect in the draft in a WCC semifinal win over a Top-25 team in USF last night. Pull-up jumpers, six blocks, five dunks, some terrific passes, bust-outs and more. We profiled what makes him so special today: https://t.co/ZhsVmJRowa pic.twitter.com/aDGVBxkX1y

When talking about NBA comparisons, it is often used Kristaps Porzingis as a name relatable to Holmgren and the term Unicorn usually appears in any analysis of the American. The reason is simple: an interior of enormous height, good speed and lack of physical power, with a fearsome three-point shot.

Holmgren attempts 3.3 outside shots in just under 27 minutes and scores 41% of them. In addition, it exceeds 75% in free. He has everything to become a very accurate 3-point shooter, even at the NBA level, even though his mechanics are not as pure as Porzingis’.

However, it would be a mistake to limit the Gonzaga star to just that open-interior role. His game goes much further, on both sides of the field. To begin with, it is a player with a excellent game with the ball for someone of his stature. Be it to dribble and create or also to assist his teammates.

Far from being a finisher or shooter, Holmgren has spawn abilities. Something fundamental when thinking about a candidate for the first pick in the Draft. His is a really outstanding technical talent.

Still, where Holmgren differs most from a name like Porzingis (at least in this post-Knicks version) is on the defensive end. Of course, today he would have problems in the NBA due to his lack of kilos, but it is known that in the league issues such as versatility, speed and rim protection are valued more than muscle mass to withstand a one-on-one in the low post. It is important, of course, but not decisive. As evidenced by names like Evan Mobley or Mitchell Robinson, among others, he had an immediate defensive impact, even losing a good number of kilos on his arrival at professionalism.

Holmgren has all the tools necessary to be an impact defender and compared to Porzingis in attack, a name befitting his defensive performance might be the Anthony Davis from his breakout appearance in Kentucky. Another player who dominated on that side for speed, timing and length and not for strength, clarifying that AD’s numbers came in a conference with much more demanding rivals than Chet’s. holmgren surely it will never be the Davis NBAquite a bit more explosive and powerful, but in NCAA terms, there are some points of comparison.

Assuming that Holmgren will manage to improve his physique over the years in the NBA, it is not unreasonable to imagine him transforming into a high-value piece at both ends of the field. An interior capable of protecting the rim with a high number of blocks, changing and defending perimeter players, managing and creating with the ball, defining in the paint and standing out as a shooter. The complete package, even though you may have to have a little more patience than other projects that are more prepared and physically advanced.

Officially James Harden signs agreement with the 76ers
NBA rumors: John Wall could return to Washington Wizards
NBA: The video that has set off alarms about the physique of Zion Williamson: “He needs to lose weight”
NBA 3170