NBA Draft 2022: Jabari Smith, the one chosen by the Houston Rockets with the third pick 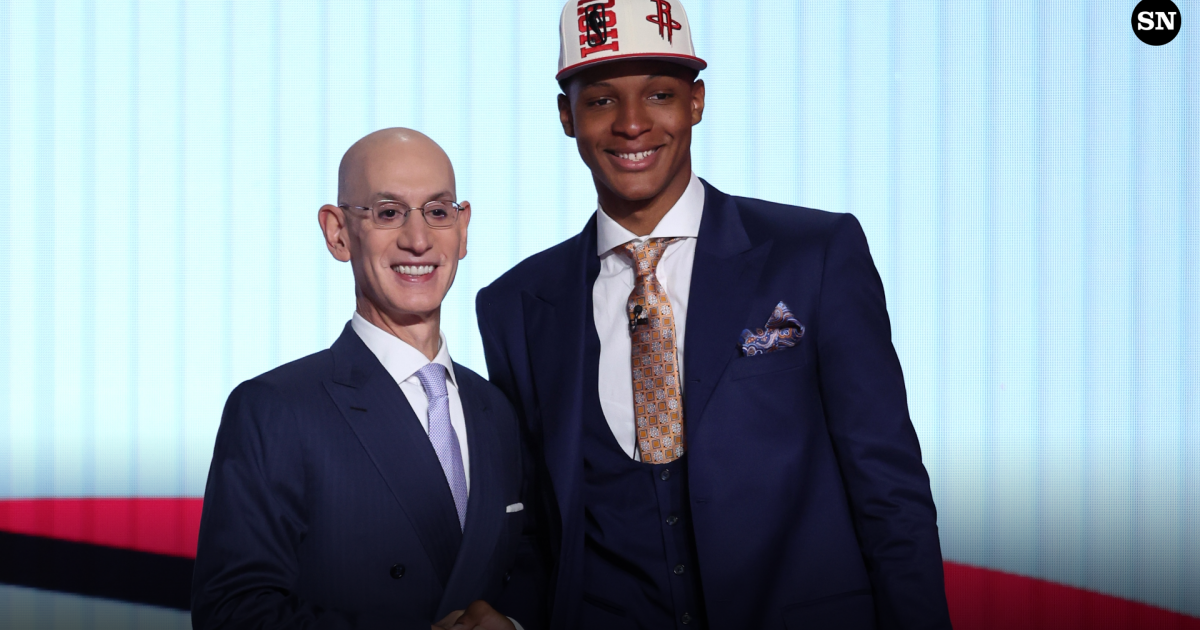 The 2022 NBA Draft began with the surprise of Paolo Banchero as Orlando's first pick and after the selection of Chet Holmgren to OKC, the one who w

The 2022 NBA Draft began with the surprise of Paolo Banchero as Orlando’s first pick and after the selection of Chet Holmgren to OKC, the one who was projected as the first overall until a few days ago: The Houston Rockets selected Jabari Smith, an inside 18 out of Auburn.

After transfer Christian Wood in the last hours to DallasHouston finds its replacement in Smith, an open 4 who can provide answers on offense and defense. The lace next to Jalen Green seems to be the ideal.

What does Houston get with Jabari? An in-depth look below.

How does Jabari Smith play?

What is it then that makes it a project superior to any other this year? Several things. To start with, your defensive profile: Smith is a 4-5 (today plus four) of good height, long arms, great mobility and quick hands. To which it also adds good dedication, fundamentals and energy in your own field.

He may not be an immediate defensive star like Evan Mobley, but he has everything to eventually become a very good production player in that area. Especially because of his versatility: at Auburn plays mostly on the perimeter, with an inside area reserved for a defensive colossus like Walker Kessler and his 4.7 blocks per game. And in that perimeter function, Smith already shows all his ability to stay with outsides and be an impact marker.

Of course, he is not alone in that, but also marks his presence near the basket. Their rebounding numbers on defense are excellent and averaging a block in 27.9 minutes, moving mostly away from the rim, isn’t bad either. Smith is probably never going to be a protector a la Rudy Gobert, but his versatility and ability to impact in different aspects they project him as a positive defender and capable of seeing minutes in different schemes. Be it next to another interior or like five of small-ball.

In any case, it is clear that nobody chooses the number one in the Draft for his defensive potential, but for what he can do in attack. And that is where Smith makes a difference.

The first thing that stands out is his outside shot. Phenomenal for someone who is almost 2.10 meters and 18 years old: he throws almost a 43% in triples with more than 5 attempts per game. To which he also adds a great mid-distance game, very good mechanics with a practically indefensible launch point, the ability to shoot on the move or on the mark, a free kick percentage above 80%… in short, everything points to Smith he will be an excellent perimeter player at whatever level you perform.

The combination of a good defensive profile, versatility and outside shooting is extremely valued in the NBA today, especially when it comes to interiors. But to all that, Smith also adds a more than interesting ability to get by in one-on-one and create your own shots. Something he has to do often in Auburn, where he shares the field with some rather erratic guards. His rinse game from the elbows is already elite and it is what projects him not only as a complementary interior for another figure, but even as a potential first offensive option in the future.

Of course, Smith has flaws and room for improvement in his repertoire, like any 18-year-old. at the moment it looks barely average as a passer and far from an imposing player in the opposition paint (he doesn’t rebound in offense and only shoots 44% in doubles), something that can improve once he gains physical power, especially considering that he is not someone who escapes contact (he is very intelligent to take fouls). But beyond those weak points, there is a clear and likely path for the Georgia native to become a star at the next level.

Smith’s decision making, temperance and reading also go beyond his age and analyzing his game, it’s not hard to see glimpses of the more versatile Chris Bosh. Or think of a Jaren Jackson Jr. with a much safer 3-point shot.

NBA: Santi Aldama makes the NBA go crazy and the Grizzlies show that the Suns are not invincible
JR Smith admits that NBA players used drugs during the bubble
NBA: Montrezl Harrell is caught with a kilo of marijuana and could be jailed for five years
NBA 3235

Loading...
Newer Post
He was champion in Miami and now he has another dream: “I am going to make Chileans stop watching soccer and start watching MMA”
Older Post
Deadly blow: Neurosurgeon explains what could have happened to a boxer who went viral for “fighting with the air”