NBA Draft 2022: Who is Paolo Banchero?: The story of the number 1 in the NBA Draft who wants to play with Italy 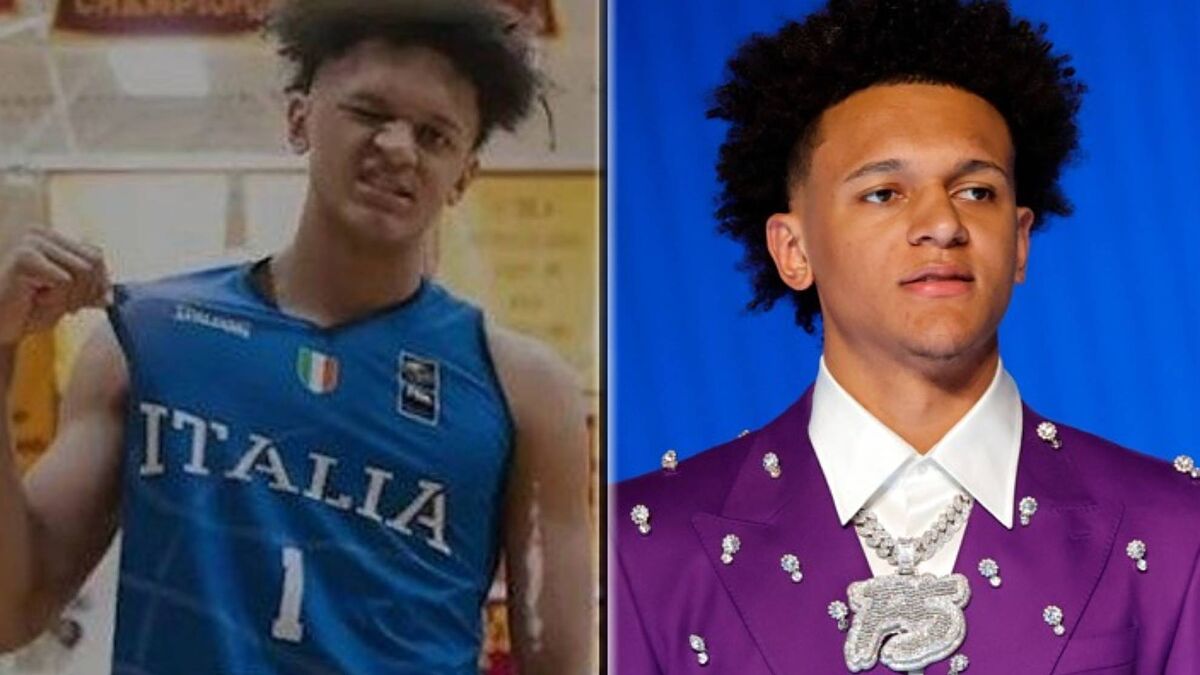 NBA Draft 2022: Who is Paolo Banchero?: The story of the number 1 in the NBA Draft who wants to play with Italy

paolo banchero has entered through the big door in the history of the NBA after being selected by the Orlando Magic with the number 1 of the 2022 Draftunseating at the last moment the great favorite Jabari Smith Jr., who was finally drafted with the number 3 by the Houston Rockets.

Banchero, who was born on November 12, 2002 in Seattle (Washington), enrolled at Duke University after standing out as a quarterback in American football and being a basketball star in High School at O’Dea High. School.

In his only year under Mike Krzyzewski at Duke, together with whom he reached the NCAA Final Four, this promising 2.08 m. and 19 years old he averaged an interesting 17.2 points, 7.8 rebounds and 3.2 assists per game.

“He’s a winner and he’s the most versatile player in the draft,” Krzyzewski said of his pupil.

Paolo Banchero: “Playing with Italy is a pride for me”

Paolo Napoleon James Bancherois the son of a father of Italian origin and an American mother, so he has already been called up by Italy to defend the colors of his team.

His mother, Ronda Smith-Banchero, was an outstanding NCAA basketball player who was selected in the WNBA Draft.

The new star of the Orlando Magic, who has an Italian passport, has already declared on occasion that his intention is to defend the colors of the ‘Nazionale’.

“Playing with the ‘azzurra’ is a source of pride for me because my family feels Italian. Now I have a passport and I can’t wait to start. See you soon, Italy,” said Banchero in 2020.

“I want to thank the Italian fans, I felt their love and support throughout the season. I repeat that I will play for the national team, not this summer but the next one. A promise? Of course, don’t worry,” said Banchero dressed in Dolce & Gabbana after the draft ceremony to ‘La Gazzetta dello Sport’.

“I am very proud to be able to represent Italy in the NBA,” he said.

Tags: basketball nba
NBA rumors: Ayton may sign for Indiana Pacers
NBA: Justice for DeMar DeRozan, one of the NBA’s most underrated players
Mavericks 114-120 Wizards | NBA: Another sterile recital from a Luka Doncic (33 + 10) who is too lonely in these Mavericks
NBA 3184

Loading...
Newer Post
Dana White: “I have no interest in seeing Mayweather vs. McGregor again”
Older Post
Tickets for the U17 World Cup 2022 are on sale