NBA: Drazen Petrovic, the best European in history? This video will help you decide 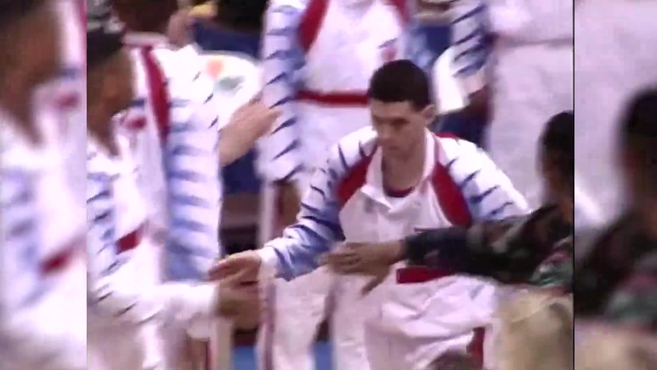 Luka Doncic, Giannis Antetokounmpo, Nikola Jokic.... All of them aspire to the throne of the best European player in the history of basketball. An

Luka Doncic, Giannis Antetokounmpo, Nikola Jokic…. All of them aspire to the throne of the best European player in the history of basketball. And they do it at a time when European talent has the same opportunities as everyone else in an NBA that has definitely opened its doors.

But it was not always like this. There was a time when the players of the Old Continent had to fight against their rivals on the field and against the mistrust and mistrust that the unknown. An obstacle on many occasions insurmountable for players already consecrated in their countries and in the international concert.

Drazen Petrović He showed that he was made of another paste and that nothing and no one was going to undermine his morale or his desire to succeed in an NBA that he ended up conquering. did it with New Jersey Nets jersey, uncovering himself as one of the best scorers in the league and one of the fiercest competitors that basketball has given.

And the biggest sample was given by a January 24, 1993, now 29 years ago. That day Petrovic donned Sibenik’s genius costume again and signed his best game in the NBA against the Houston Rockets with 44 points after scoring 17 of 23 in field goals with 3 triples without failure and 7 of 7 in free throws. Simply beastly.

Tags: Brooklyn nets, basketball nba
NBA Rumors: The well-deserved super contract that Darius Garland will sign
NBA: WNBA Story of the Year: Resurrection of Draft No. 1 Kelsey Plum
NBA: Without Harden the Sixers are not as fierce as they are painted… quite the opposite of the Heat
NBA 2857