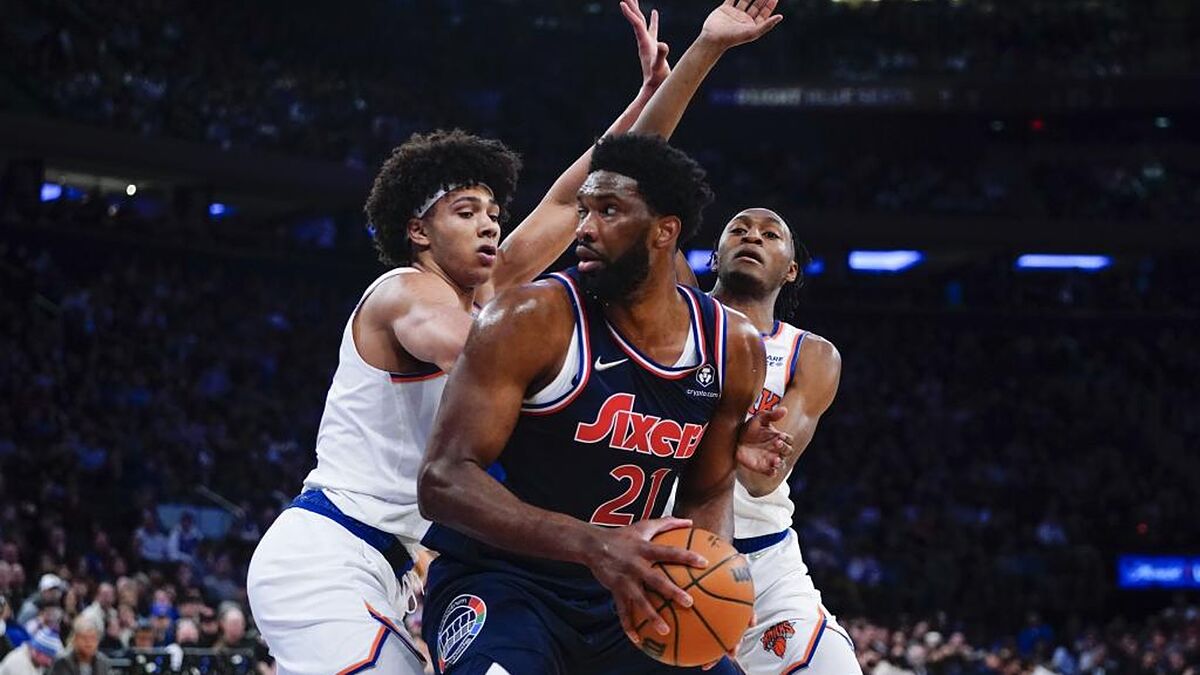 TOAlthough the rivals who have won are not among the strongest in the League, the two consecutive victories of the Sixers with his new do is a mess

TOAlthough the rivals who have won are not among the strongest in the League, the two consecutive victories of the Sixers with his new do is a message that the NBA has already received. philadelphia annihilate the Knicks at the Madison, 109-125, with a prodigious performance by his golden partner formed by Joel Embiid and James Harden.

The African pvot went to the 37 points with 23 free throws scored, personal record and top of the season in the League, in 27 attempts. The point guard signed a new triple-double with 29 points, 10 rebounds and 16 assists to achieve the team’s 37th victory this season, the second in two games since they are teammates.

In those two clashes, the Sixers and the NBA already know that Embiid and Harden They are compatible and they fit together perfectly. The success in the free throw and a play with a counterattack scored by Harden to a pass from Embiid, made the victory possible in the Graden.

The clash was tied at 100 in the fourth quarter and that’s when Philly took advantage of the good day from the line of its two stars with 10 of 12 points on free throws.

R. J. Barrett and Evan Fournier scored 24 points for the Knicks, who have lost five straight and nine of the last 10. julius randle contributed 16 points, 10 rebounds and seven assists.

On the Sixers, Tyrese Maxey made 21 points and TobiasHarris, 12. Embiid also had nine rebounds and Harden had five steals. Both teams will meet again, although this time in Philadelphia, at dawn from Wednesday to Thursday.

Tags: basketball nba, New York Knicks, philadelphia 76ers
NBA: Matazo… and header: The play of the night that unleashed the brawl in the NBA
Teams benefited and disadvantaged in the NBA 2022 market
NBA: Porzingis knocks Jokic down and Doncic retires injured
NBA 2788

Loading...
Newer Post
Winners of the Futsal Super Cup: who has won it the most times and how many titles each team has
Older Post
Ed McMahon called Johnny Carson’s trademark golf swing ‘delicious irony’