NBA: Embiid vs. Jokic: the MVP is a matter of giants… and foreigners 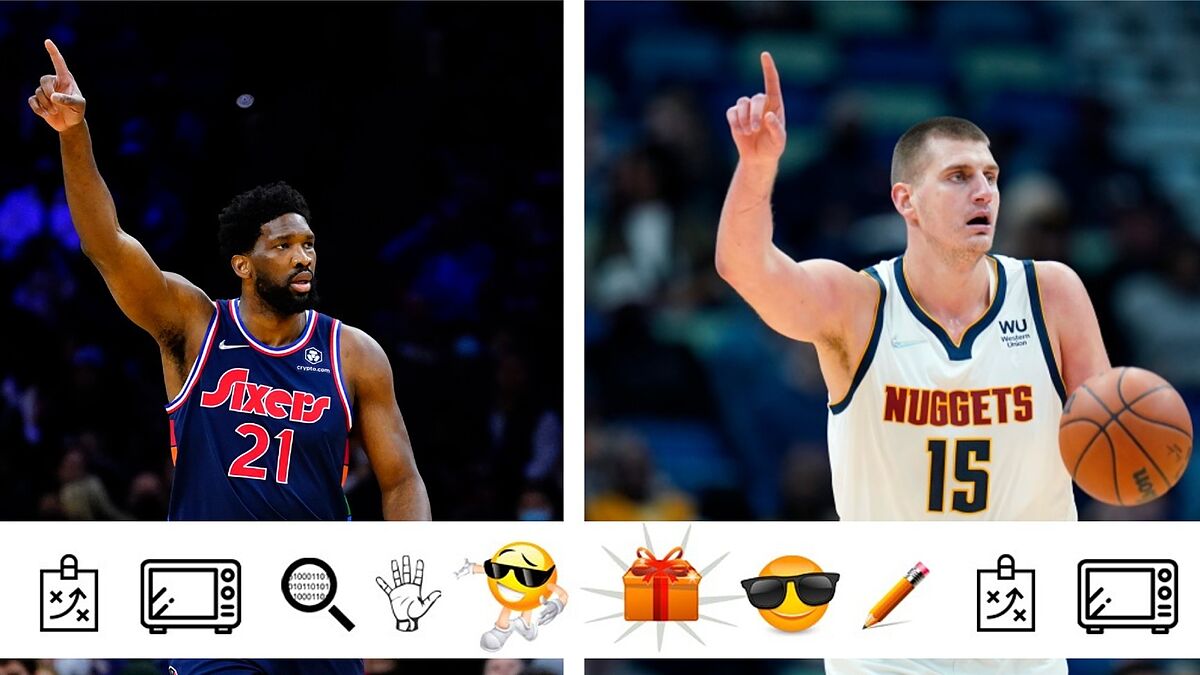 Updated 01/26/2022 - 10:31 ANDn these times of 'short' basketball, two pvots are dominating the NBA with overwhelming authority. Joel Embiid and

ANDn these times of ‘short’ basketball, two pvots are dominating the NBA with overwhelming authority. Joel Embiid and Nikola Jokic, giants capable of doing everything on the track, go out to recital by game. The two are, past the halfway point of the season, the Top contenders to win the MVP of the regular phase.

Last year, the Serbian took the award ahead of the Cameroonian. This time, with the injury of Kevin Durant, the bad aim of Stephen Curry and a Lebron James that fails to give regularity to the Lakers, the two reappear, with permission of Giannis Antetokounmpo and Chris Paul, as great favorites.

Embiid lived before the Pelicans his fourth game with more points than minutes. The pvot of the Sixers he scored 42 and grabbed 14 rebounds in just 33 minutes on the court. Usually plagued by injuries, he has played 19 consecutive games and in that stretch his team has a balance of 13-6 and is averaging 33.3 points. “That was one of my goals, just to be available. I don’t plan on stopping,” he threatens. Only in three of those games has he dropped below 30 and in the last four his averages are abusive: 42.5 points and 12.7 rebounds in 32.2 minutes. So far this season, their records reach 28.7 points, 10.7 rebounds and 4.3 assists.

But Jokic is not far behind. In the triumph of Nuggets before the Pistons He had 28 points, 21 rebounds and nine assists. It is the eighth game of 20 + 20 that he has achieved in his career, more than any other player in the franchise of Denver. He was again one step away from the triple-double. He has added four in the last six games and in the other two he caressed him. He averaged 29.8 points, 13.6 rebounds and 11.0 assists in that stretch. His command of the game is total, as reflected in his season averages: 26.1+13.8+7.6.

If the two maintain their trajectories, no one doubts that they and Antetokounmpo will end up fighting for MVP. It would be the fourth season in a row that a non-American player has won the award.. Only Chris Paul, leader of the leader, seems capable of avoid that foreign domain unthinkable not long ago.

The Celtics, which are following a most irregular trajectory, passed over the King’s, to those who they won by 53 points, which means the second largest win in franchise history. The difference reached 60, surpassing the historical record of 56. Jayson Tatum, with 36 points, and Jaylene Brown, with 30, made 12 triples between the two and they were a lethal do for those of Boston.

The young man Anthony Edwards continues to show itself as one of the sensations of the season. the player of the Timberwolves scored 40 points in his team’s tight win at Portland. In that game he shot 27 times to the basket and did not distribute any assists. adds to carmel anthony as the only player 20 years old or younger to reach 40 points without giving a single basket pass.

Cade Cunningham He has already shown signs of the extraordinary career he can have in the NBA. After a poor start to the season marked by physical problems, the number 1 of the last draft makes the Pistons dream, although their performances do not translate into victories. In the loss against the Nuggets he had 34 points, with 6/9 triples, eight rebounds and as many assists. Is the youngest player in franchise history to make a game with 30 + 5 + 5 ahead of the legendary Isiah Thomas.

The Mavericks they lost by 38 points in their visit to the Warriors, which is his worst loss of the season. Kristaps Porzingis personified the frustration of those of Dallas to the kick a previously lost ball against the stands when heading for the hoop. The Latvian pvot he was expelled and apologized to the fans. He retired to the locker room high-fiving some of them.

Tags: Nikola Jockic, basketball nba
NBA: Playoffs NBA 2022: as is the table of confrontations and the ‘play-in’ after the end of the regular league
NBA: The day Jordan and a rookie bet their cars: a Mercedes against a Ferrari
NBA All Star 2022: Participants in the NBA All Star 3-point, dunk and skill contest
NBA 2540