NBA: Embiid, with numbers from another time, eats Antetokounmpo 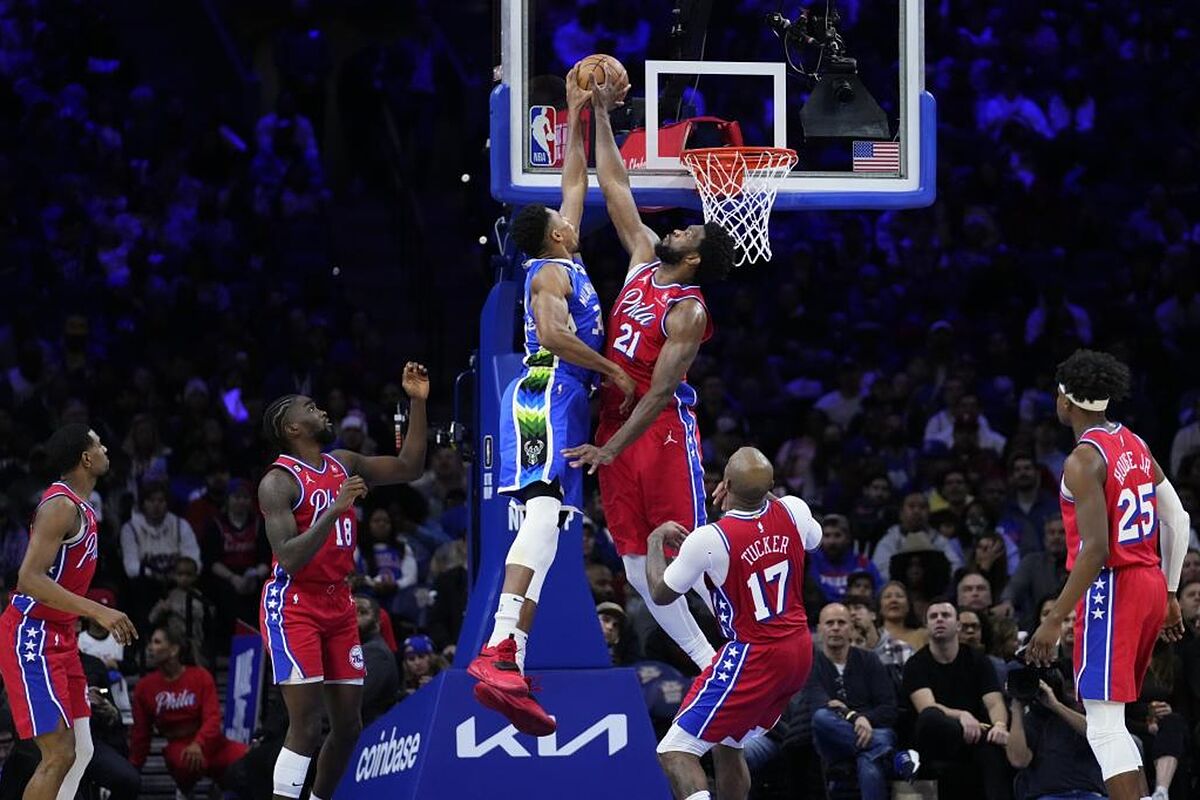 ORno great Joel Embiid led the Sixers this Friday in Philadelphia in the hard-fought victory against the Milwauekee Bucks that, despite leading in

ORno great Joel Embiid led the Sixers this Friday in Philadelphia in the hard-fought victory against the Milwauekee Bucks that, despite leading in the first part of the match, they did not have the best Giannis Antetokounmpo (110-102).

The triumph had, however, a bittersweet taste for the Sixers since Tyrese Maxeyfundamental in the team -especially after the injury of James Harden-, left the game after the first half after spraining his left ankle and on Saturday he will undergo tests to determine the severity of his injury.

Embiid, who has 133 points between his last three games, he was very close to the triple-double with 32 points, 11 rebounds and 8 assists. Since the block record in 1973-74, Embiid is the fourth player that reaches more than 30 points, more than 10 rebounds, more than 8 assists and more than 3 blocks two consecutive days. The other players were Charles Barkley (1986), David Robinson (1994) and Giannis Antetokounmpo (2018).

Although he only played in the first part due to his injury, Maxey shone with 24 points4 rebounds and 5 assists.

for the bucks, Antetokounmpo signed 25 points (going a meager 4 of 15 from free throws), 14 rebounds and 4 assists while Bobby Portis added 21 points and 11 rebounds.

The Spanish serge ibaka he played 7 minutes in which he added 2 points for Milwaukee.

The Bucks (11-4) thus succumbed to the Sixers (8-7) who are recovering, led by a great Embiid, after a difficult start to the season and in which they have also suffered the absence of Harden due to injury on the foot.

In two and a half minutes of play, Embiid already accumulated 7 points and 5 Gianniswho seconds later suffered the humiliation of a pop from the Cameroonian that ended with the Greek giant on the ground.

Under the hoops, Brook López also stood out, who put two blocks in a first quarter dominated by the visitors thanks to 11 points from antetokounmpo (24-34).

With an Embiid turned off for long minutes, Maxey took the baton to drive to Doc Rivers’ charges and, with an elegant shot taking a step back, helped the visitors not get too far away on the scoreboard (44-48 with 5.44 to go).

Antetokounmpo, Lopez and Portis they continued to set the pace for Milwaukee, but Maxey, with 24 points before having to leave the game due to injury, softened the injury to the locals in the first half (55-62).

At the restart, Embiid reappeared to tie at three minutes to start the third set and, with a new basket, put his team ahead (69-67 with 7.49 on the clock).

In the middle of that quarter, the officials spent several minutes analyzing a replay of a play in which they ended up penalized with a flagrant foul on Embiid for his aggressive defense on Antetokounmpo.

That foul did not deter the center, who continued to lead the Sixers while Antetokounmpo went 9 minutes without making a single basket.

Giannis only woke up briefly at the end of the segment with a mate and the Bucks reached the outcome from behind (89-84). 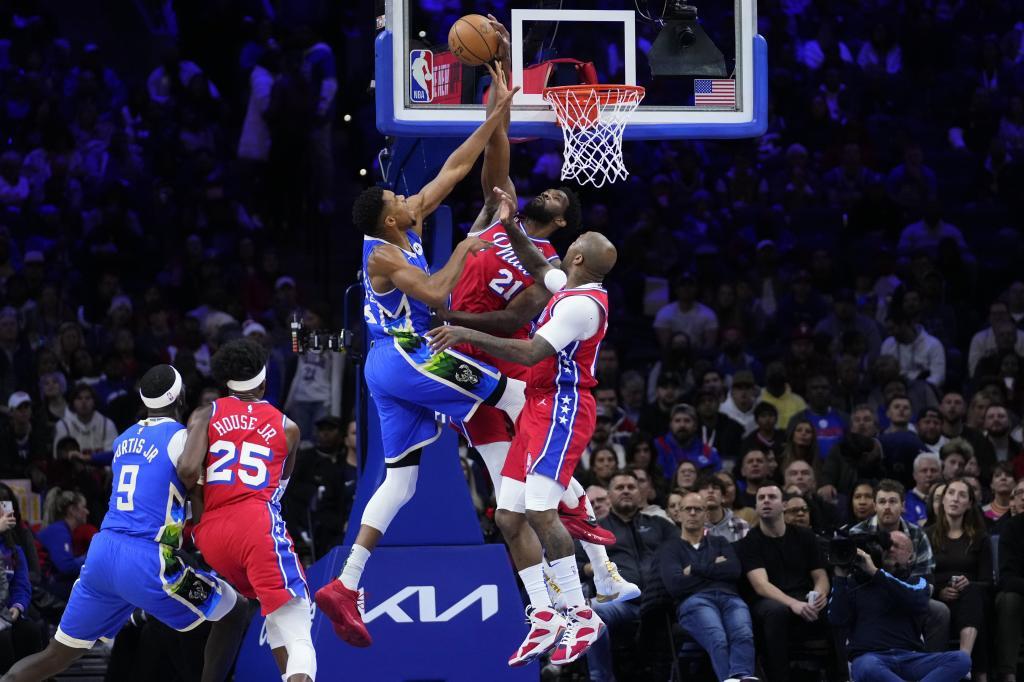 The intensity of the game grew in the last period and the visitors regained control momentarily with two free throws by López (94-95 with 7.35 to go).

However, a Unleashed Georges Niang turned the scoreboard around again and a remarkable save by De’Anthony Melton, which he converted into a 3-pointer, allowed the Sixers to extend their lead decisively before Embiid sealed the victory with another step-back shot.

Tags: Milwaukee bucks, basketball nba, Giannis Antetokounmpo
NBA: Ricky Rubio touches double-double in his debut as a starter against unstoppable Bulls
NBA: The mayor of New York: “I want the ring, but no exceptions will be made with Irving”
NBA: The day Stephen Curry got his own medicine: burreo and almost to the ground!
NBA 4169

Loading...
Newer Post
Soccer World Cup 2014: Messi stays at the gates of heaven against Germany
Older Post
The open fronts with which Formula 1 closes the season in Abu Dhabi