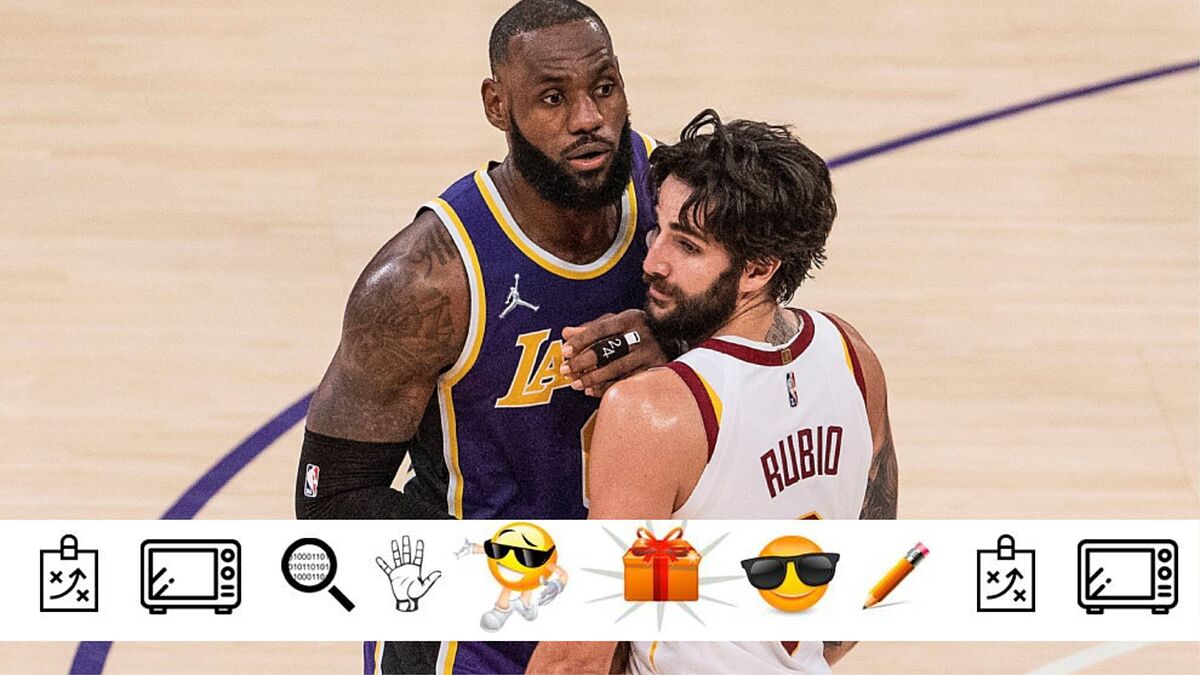 Ricky Rubio, a special player who has had to live since his earliest childhood With the eyes of the skeptics on him doubting every step he took, he

Ricky Rubio, a special player who has had to live since his earliest childhood With the eyes of the skeptics on him doubting every step he took, he warned at the beginning of the course that he was arriving in Cleveland in “the highest moment” of his career: top scorer at the Olympics and in full maturity, Ricky only needed to find the confidence of a coach who saw him as more than just an excellent director orchestral. A system that relied on its scoring possibilities.

And he seems to have found it in these Cavaliers whom he leads off the bench and with whom has made NBA history on a magical night in an incomparable setting. The Spanish base has become the first player in NBA history to score 30 points, deliver 10 assists and hit eight 3-pointers off the bench. Because to lead you don’t have to be a starter. Rubio is also the sixth player in history to score at least 35 points and distribute 10 assists as a substitute.

It is not about scoring. It’s about taking the right path, going the right path every time. That’s what it’s all about, improving a little more every day and looking for maximum performance “

“When the ball goes in, it seems like you’re making the right plays,” Rubio said at the end of the game. “But it is not about scoring. It is about taking the right path, going the right path every time. That is what it is about, improving a little more every day and seeking the maximum performance that all the players can contribute to the team. “. Word of a player in full maturity who no longer has to prove anything to anyone.

Ricky has silenced his critics with a performance that the entire NBA has given up on. Starting with a Lebron James who did not hesitate to leave his impression about Ricky&#8217;s great game on social networks: &#8220;Rubio is freaking out at Madison right now&#8221;. Your partner Kevin Love, who had to watch the game from his home also left his impression on the performance of the MVP of the last World Cup: &#8220;He&#8217;s out of control&#8221;. It has been the most unleashed version of a Ricky who will continue to be under the shadow of suspicion whatever he does. Well at least enjoy and make you enjoy, as he did against the Knicks.

Ricky Rubio puts Madison on their feet with triples like this one: he can&#8217;t go wrong!

The Orlando Magic they had barely won two of the 10 games played at this start of the season in the NBA and received the Utah Jazz, which added seven victories in nine games. Guess what happened? The Salt Lake City orchestra went out of tune and the Florida franchise, led by a spectacular Cole Anthony (33 points, personal best in NBA) He showed that despite his irregularities he has a young base with which to be delusional.

He still needs to reach his best version, but little by little James Harden is taking shape and sharpening his sights. At least near the rim. &#8216;La Barba&#8217; continues to punish from triple and paying for the change of regulation in the NBA, but he is beginning to find the point to his engine and against the Raptors he was the perfect squire for Kevin Durant and was at the gates of the triple-double with 28 points (10 of 20 in field goals), 10 rebounds and eight assists.

The Charlotte hornets they are one of the funniest teams to watch in the entire NBA. In attack they are pure spectacle and are one of those franchises for which the League Pass is worth paying. However, they have a lot of work ahead of them if they really want to become a team with serious aspirations beyond being mere entertainment. Defense is your great mole (worst defensive rating in the league) and they showed it again against the Clippers with a final partial 0-22 with which they went from winning by nine to ending up losing by 14.

The Washington Wizards they barely counted in the pools at the beginning of the season. With Russell Westbrook on a flight to Los Angeles and with Bradley Beal more pending vaccines and possible transfers the capital team began the &#8216;training camp&#8217; mired in a sea of ​​doubts. However, as soon as the ball flew through the air with the start of the season, the Wizards have made the word team good and it has become one of the sensations of this start of the season as they demonstrated against the current NBA champions. Some Bucks that do not finish coupling and that were surpassed by Beal (30), Harrell (15), Kuzma (15), Gafford or Dinwiddie.