NBA Finals 2022: A higher hoop for the Warriors resurrects the mythical ‘traps’ of the Celtics in the Garden 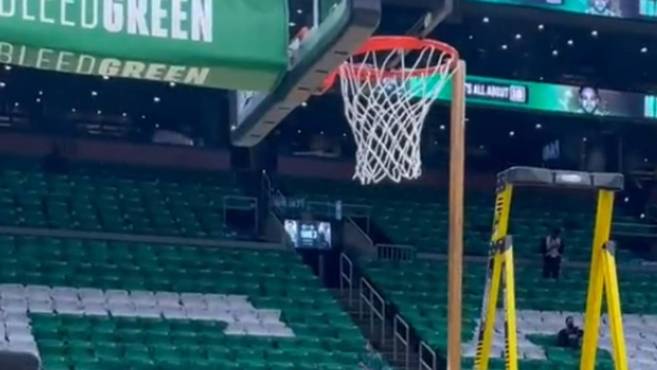 Lyou Golden State Warriors had to stop their warm-up before the third game of the NBA Finals against the boston celtics realizing that one of the hoops in the Boston Garden was too high.

This ‘accident’ is reminiscent of the old tricks used by the Boston Celtics in the old Boston Garden to turn the visit of the rivals into a real nightmare.

From 1945 to 1995 the Celtics won 15 NBA titles at Boston Garden, a legendary pavilion for its mystique… and its ‘ghosts’.

His parquet, made up of 247 boards of half-rotten wood from a Tennessee forest that was originally destined for World War II, was considered one of the worst in the NBA. They never thought of changing it to harm the visitors and benefit their players, aware of all the dead spots when it comes to dribbling.

Red Auerbach used to say that the parquet was so bad that it made the rivals become bad.

It was also said that Bob Cousy knew his shortcomings so well that he guided the opposing point guard to where the ball wasn’t bouncing on defense, to steal the ball.

Those glorious Red Auerbach Celtics would start playing their games in the away locker room, where they didn’t hesitate to open the windows in winter, turn on the heat in summer, and, of course, turn off the hot water.

In the fifth game of the 84 finals, the parquet reached 36 degrees, causing the Lakers players to need oxygen cylinders at the end of the game.

In 2022 the new Celtics do not seem to have lost the old ways… have they?