NBA Finals 2022: Andrew Wiggins, the unexpected hero of the Finals that LeBron passed on him, failed with Embiid in Kansas and was one of the biggest ‘busts’ in the Draft 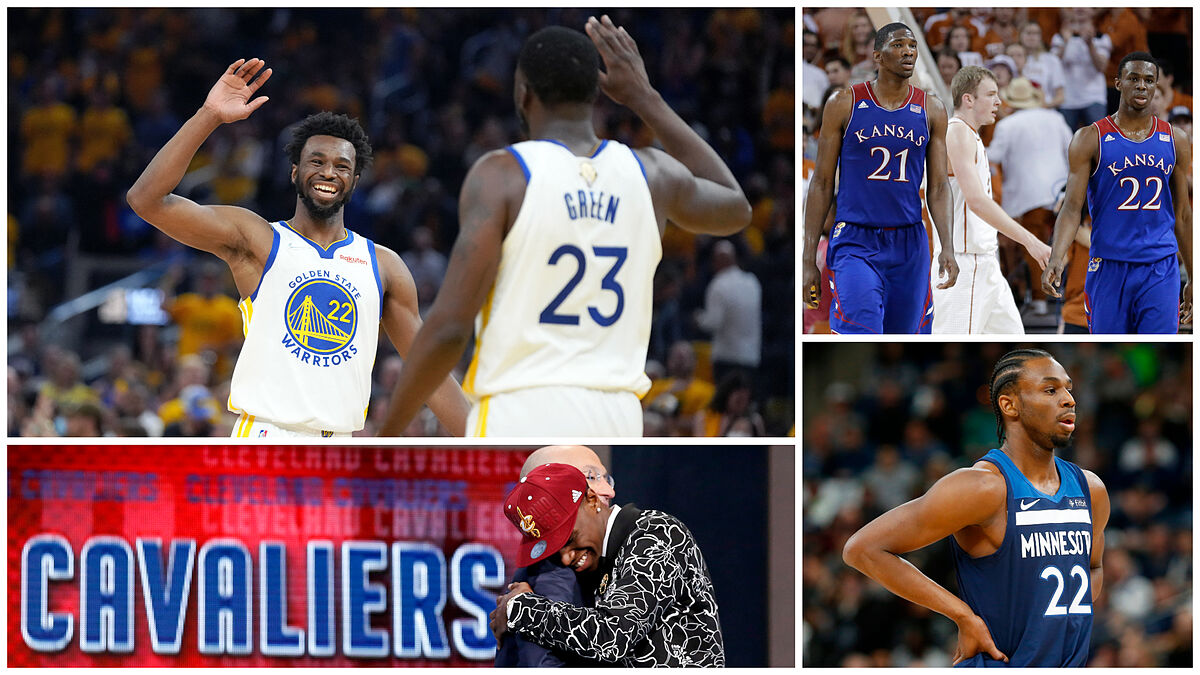 Stephen Curry is almost a fact that being the Finals MVP, in case the Warriors finish the work that has them one victory away from the fourth champ

NBA Finals 2022: Andrew Wiggins, the unexpected hero of the Finals that LeBron passed on him, failed with Embiid in Kansas and was one of the biggest ‘busts’ in the Draft

Stephen Curry is almost a fact that being the Finals MVP, in case the Warriors finish the work that has them one victory away from the fourth championship ring, but if anyone else from Golden State deserves to be in the conversation it’s Andrew Wiggins.

The day Steph was gone, it was Wiggins who saved the ballots, with his second double-double of the Finals (26 points and 13 rebounds, in addition to 2 assists, 2 steals and 1 block after 17-16 in Game 4) and continued his excellent defense against Jayson Tatum to get the victory that puts them with a 3-2 advantage against Boston. The Canadian is unlikely to win MVP, but he has been perhaps more valuable than anyone not wearing the Warriors’ No. 30 jersey. Something that in Minnesota at least they must not be able to believe… if not in the entire NBA.

Someone who was picked No. 1 in the Draft and is averaging 19.3 points, 4.4 rebounds, and 2.3 assists in his career it’s not one of the biggest ‘busts’ in history, but it’s not memorable either… less if he barely had a playoff appearance in his career and the #1 picks are transcendent (Kareem, Magic, Olajuwon, Duncan, LeBron, Shaq, even Kyrie), a category that Wiggins saw very far away.

The biggest ‘busts’ of the first selection of the Draft (with at least 4 seasons in the NBA), according to the Win Shares metric

Wiggins had a long list of failures to his credit. He was the top high school prospect in 2013 and picked the Kansas Jayhawkswhere also arrived Joel Embid, prospect #14 of that class. They didn’t live up to expectations (they were #2 in the first month of the season), but they went 24-9 on the season and, in part because of the Cameroonian injury, were eliminated on the first weekend of March Madnessfalling to Stanford with the ‘Maple Jordan’ noted after scoring 4 points, 4 rebounds, 4 turnovers and only 6 field goals in the 60-57 loss.

Still, the numbers weren’t bad (17.1 points, 5.9 rebounds, and 1.5 assists) and his athletic profile also gave him the nickname ‘The Canadian LeBron’. With Embiid’s injury, Wiggins found himself in a position to be #1 in the Draft and he was. Cleveland, picking #1 for the third time in four years, took…but I never played for the Cavs because a couple of months later, in August, LeBron wrote his ‘The Prodigal Son’ letter to say he was coming home. That’s right, in his letter in Sports Illustrated, he never mentioned Wiggins and other young players who were ‘surprisingly’ traded to Minnesota for Kevin Love.

The Cleveland Cavaliers drafted Andrew Wiggins number 1 in 2014 from Kansas, but the return of LeBron James made him debut with the Minnesota Timberwolves.

So Wiggins began his career on a team that hadn’t made the playoffs in a decade, with his ‘best’ campaign the previous one, 40-42, and without Love, they fell to 16-66, although he did win Rookie of the Year. It took ‘Maple Jordan’ until his fourth season to reach the postseason, the year Jimmy Butler was on the Timberwolves and that ended with the famous preseason game that showcased all the starters that ended up forcing him off to the Timberwolves. 76ers.

Wiggins continued to rack up stats, but no team-level achievements. Minnesota faced the dilemma of paying him by the numbers, despite not having collective success, and they gave him a 4-year contract and 122 million in 2018. It wasn’t a maximum contract, but it was the 20th salary in the NBA, winning more than Jokic, Anthony Davis, Kawhi Leonard and other more established players.

Success continued to elude them in the Land of a Thousand Lakes and the TWolves finally decided trade him in February 2020 for D’Angelo Russell, who had come to the Warriors that season as part of the move that brought Kevin Durant to the Nets. Russell had never been more successful, but Wiggins was considered one of the worst contracts in the entire NBA. 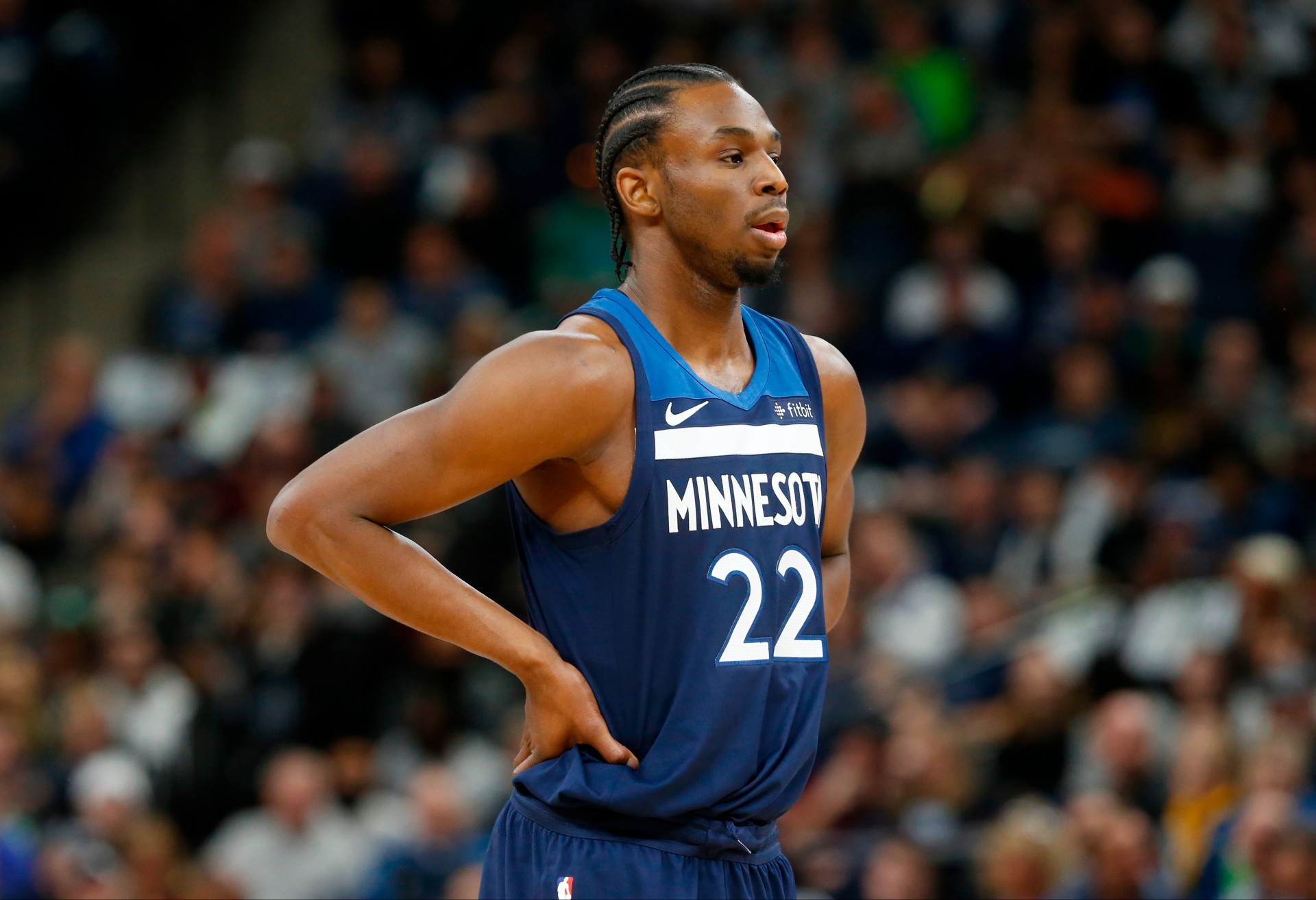 Andrew Wiggins: from being one of the biggest failures in the Draft to being a key player in the NBA Finals.

Golden State, in the middle of the “lost” season due to the injuries of Stephen Curry and Klay Thompson, made the bet to try to recover the Canadian. They didn’t want him to be a superstar, but to complement the team in terms of defense and perimeter shooting. Be the new Harrison Barnes or Andre Iguodala, no more.

On 20/21, the Warriors reached Play In positions still without Klay. On 21/22 Wiggins, although he averaged only 17.2 (second worst of his career), better especially in triples (39.3%, career high) and took advantage of injuries in the West to not only go to his first All-Star Game, but to be the owner. Criticized decision, although among the forwards there were not too many options, and seeing what has happened in the Playoffs, it is more than justified.

Wiggins has been vital with their defense and has also committed to fighting for the boards.. He is averaging 7.1 rebounds in the postseason, which would be his career high by more than two. The triple has fallen (32.3%), but on defense it has been vital to contain two of the best young players in the league, Luka Doncic and Jayson Tatum. A 180 turn that not even the Warriors, in their wildest dreams, would have imagined just over two years ago.

The uncertainty of the future of Andrew Wiggins: maximum contract on the horizon… but it could be changed

Whatever happens in the Finals, Wiggins faces a particular crossroads. He has one more year left on his contract with the Warriors. At 27, he could seek a maximum contract (He is eligible for up to 5 years, $223 million from Golden State.) The playoffs have shown that he’s a valuable player and can contribute to a title … if he’s not the No. 1 or even No. 2 option.

Seen what has been seen in almost a decade in the NBA, Wiggins’ ideal role is the one he has with the Warriors, but some team could seduce him with a more leading role, not to mention that Golden State could be considering using the Canadian alongside James Wiseman and other young players to look for an All Star and go for one more title in the twilight of the Steph-Klay-Dramond Era.

Tags: Claro-MX/Basketball/Nba
NBA Playoffs 2022: Luka Doncic and the many similarities at the beginning of his career and that of LeBron James
NBA 2022: The revolution that Phil Jackson intends if he arrives at the Lakers: change LeBron and retain Westbrook
NBA Draft Lottery: NBA Draft 2022 Lottery: How is the order of selections? Picks and who are the prospective players
NBA 2845