NBA Finals 2022: Curry vs. Wiggins: the battle for the Finals MVP 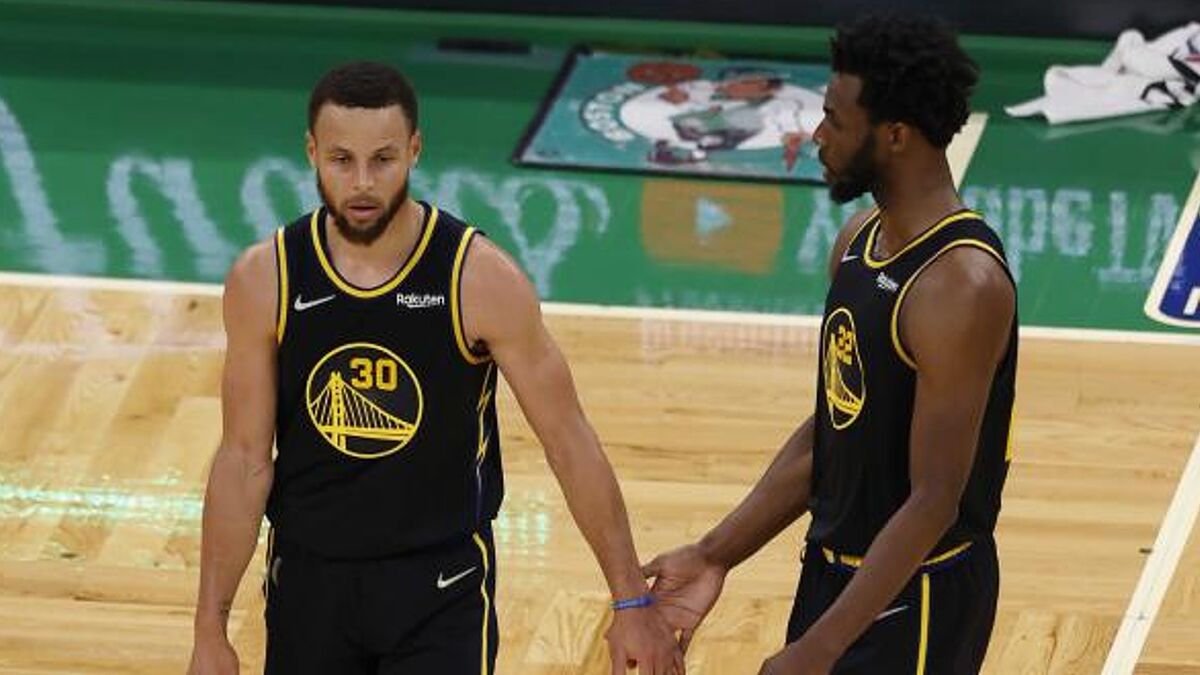 DAfter the fourth game and the monumental recital of Stephen Currythere was hardly any question as to who would be chosen Finals MVP in case the Warriors won them. After the fifth, the scenario has changed radically and Andrew Wiggins has been added to the equation.

In the US the debate has been opened. Many believe that the Canadian is being the most Warriors regular in this series and deserves to be considered at least as a strong candidate. Of course, none of this will work if the Celtics win the ring, but the advantage belongs to the Warriors and only they can be champions in the next game, the sixth.

When Curry beat his rivals with his 43 points in the Garden, there was almost unanimity for awarding him a prize that he has never achieved. However, after the game wiggins in San Francisco, the ghost of Andrew Iguodala has begun to fly over again.

And it is that in 2015, Iguodala took the MVP of those Finals, the first Golden State title, with a solid contribution throughout the series but with numbers lower than those of Curry, which is exactly what is happening now.

wiggins is averaging 18.4 points and 9.4 rebounds against the Celtics, far from the Curry 30.6. However, in Steph’s 43 game, the Canadian made 16 + 17, a brutality, and stands out above all for his great defense against the rival stars, Jayson Tatum and Jaylen Brown.

Curry’s 0-9 three-pointer in the fifth has suddenly rescued the argument of those most critical of Curry that he is a player who does not perform at the same level in the most decisive moments, as happened in the 2015 Finals. In 2017 and 2018, when the Warriors also won, the MVP went to Kevin Durantthen absolutely clearly.

The question has been installed in these NBA Finals: Can Wiggins snatch the MVP award from Curry if the Warriors win? In any case, it does not seem that this worries the protagonists too much facing the sixth and who knows if a possible seventh game. It is clear that neither of them will have this question on their minds when it comes to giving a ball to a teammate or shooting a triple.

Tags: Golden state warriors, basketball / nba / playoffs, Stephen Curry
NBA Finals 2022: A higher hoop for the Warriors resurrects the mythical ‘traps’ of the Celtics in the Garden
PlayOffs NBA 2022: Curry’s Warriors make a fool of themselves in Memphis: -39 and Morant did not play
PlayOffs NBA 2022: The Warriors forget the ridiculous and are finalists in the West with Curry and Klay show
NBA 2831

Loading...
Newer Post
Floyd Mayweather Jr responds to criticism; he remembers that, when he was almost 40 years old, he fought with a young 23-year-old Canelo
Older Post
“Little is spoken”: Floyd Mayweather remembered a boxing figure who accompanied him in his career