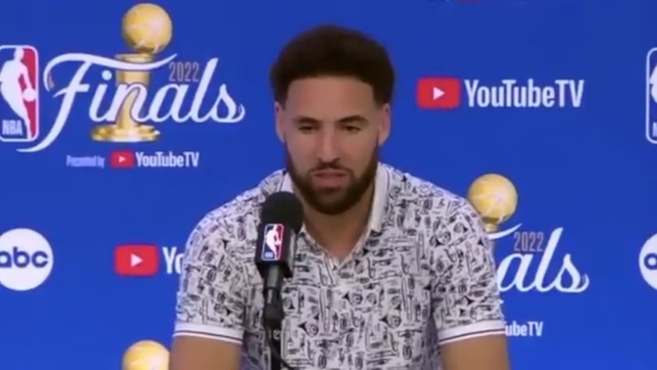 Lyou Warriors lost 116-100 against the Celtics in the third match of the NBA Finalsin which Boston ahead 2-1.Klay Thompsonone of the most outstandi

Lyou Warriors lost 116-100 against the Celtics in the third match of the NBA Finalsin which Boston ahead 2-1.

Klay Thompsonone of the most outstanding players of Golden State in the TD Garden with 25 points (6 of 13 in triples), was very sarcastic when asked about the whistles and boos from the Boston crowd to his partner Draymond Green.

Steve Kerr, coach of the Golden State Warriors, also resorted to sarcasm to answer a question about the booing of Draymond Green from Boston’s TD Garden: “Classy… very elegant”.

Draymond Green, on the whistles of the Boston public: “I accept it and I enjoy it”

For his part, Draymond Green, who according to him “I played like shit”, was not very affected by the whistles, boos and insults that the Celtics public dedicated to him: “I accept it and I enjoy it”.

“I didn’t really feed off of it tonight. But yeah, that’s something I enjoy. He wasted a lot of energy talking to me, so it’s great. It’s great. Looking forward to Friday,” said Draymond Green, who had just 2 points. , 4 rebounds and 3 assists in 35 minutes, after the loss.

During the game Draymond Green once again became the number one enemy of the Boston public for his incidents with Grant Williams and his ugly action on Jayson Tatum (which he grabbed by the neck and pulled the injured shoulder).