NBA Finals 2022: Stephen Curry, one of the 10 best players in NBA history and the throne of Magic Johnson’s best point guard 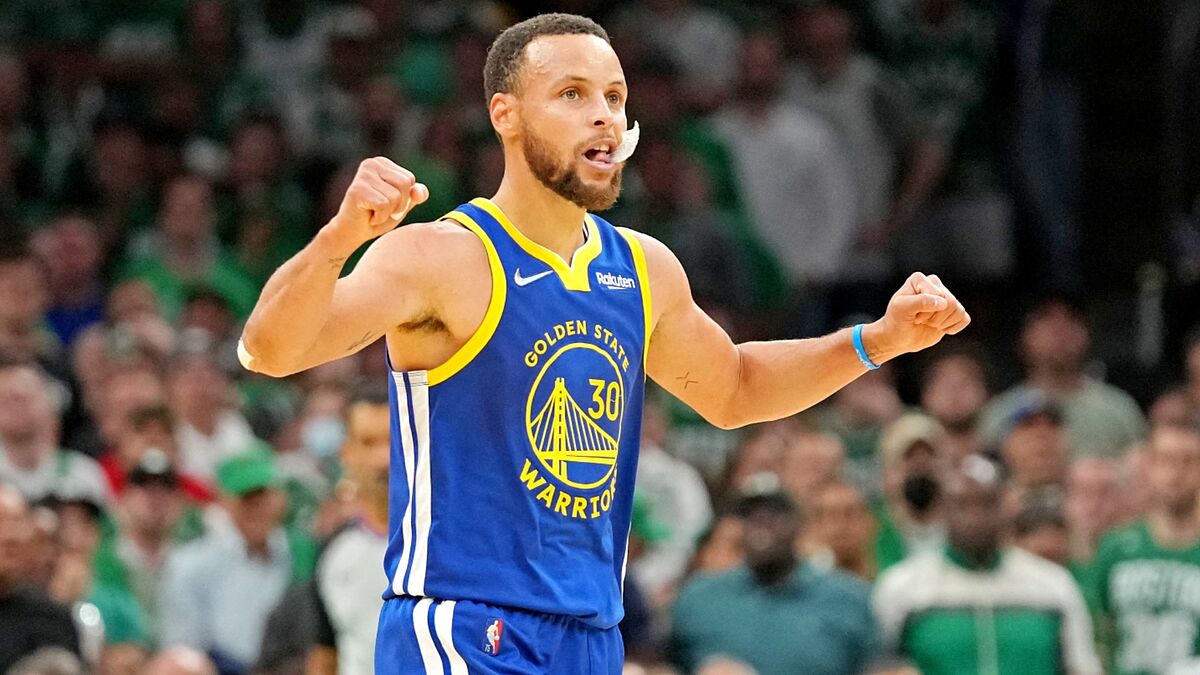 Stephen Curry he didn't need the 2022 Finals to have his place reserved in NBA history. Few players have transformed the game: Bill Russell and Wil

Stephen Curry he didn’t need the 2022 Finals to have his place reserved in NBA history. Few players have transformed the game: Bill Russell and Wilt Chamberlain were the first to air it, ‘Dr. J’ Julius Irving and Michael Jordan put acrobatics on it, Magic Johnson changed the idea that tall men couldn’t play perimeter, Dirk Nowitzki led tall men to being able to shoot and The Warriors point guard changed the geometry of the court by expanding his shooting range more and more.

Curry was already one of the pioneers of the NBA, those who frequently ventured to do what others hardly attempted. As the seasons went by, he filled the trophy cabinet: 8 times in the All-Star Game, 4 times in the All NBA first team, 2 seasons as top scorer, three rings, two MVPs. Not bad for a player who was ‘too small’ to compete in the NBA and who was the fifth baseman chosen in his Draft (Harden, Tyreek Evans, Jonny Flynn and Ricky Rubio), including two to the Timberwolves.

The only thing missing from Steph’s list was Finals MVP . He had the previous three rings, but Andre Iguodala and Kevin Durant took the MVP, although Curry averaged And those championships had asterisks: Kyrie Irving and Kevin Love did not play in 2015, KD joined the 73-9 team to ‘abuse’ the rest of the NBA. No one seems to remember that Curry, prior to 2022, was 10th in Finals history at 26.46 points per game.

Many also said that Curry did not have ‘his’ championship, but that argument goes to waste after winning the fourth ring against the Celtics, following in the footsteps of Magic Johnson and the Showtime Lakers as the only ones to be crowned in Boston, where he received MVP.

Curry is the seventh player in history to have four rings, at least two MVPs and one Finals MVP. A who’s who list of all time: Kareem, Duncan, LeBron, Magic, Jordan, Russell, Steph.

To the previous list we would have to add perhaps Larry Bird, Wilt Chamberlain and Kobe Bryant, but Curry already has the credentials to be one of the top 10 players of all time. At 34, the end is not far, but it’s not close either, and the Warriors have the ammunition to go for a star. James Wiseman, the chosen successor, did not play in 21/22 and there is young talent, in addition to Wiggins, if they want to put together a change to prop up the champion team. If another ring and other prizes arrive for more, the scepter of the best base in the history of Magic Johnson, is in danger.

Tags: Claro-MX/Basketball/Nba
NBA Finals 2022: Steve Kerr’s 9 titles: three with Jordan at the Bulls, 2 with Popovich and Dunca at the Spurs, 4 with Curry’s Warriors
NBA Draft 2022: Shareef O’Neal, son of Shaq, signs with the Lakers for the Summer League after not being selected in the Draft
NBA Finals 2022: Juan Toscano-Anderson: “We are the favorites, I think we are the best team in the NBA”
NBA 2834