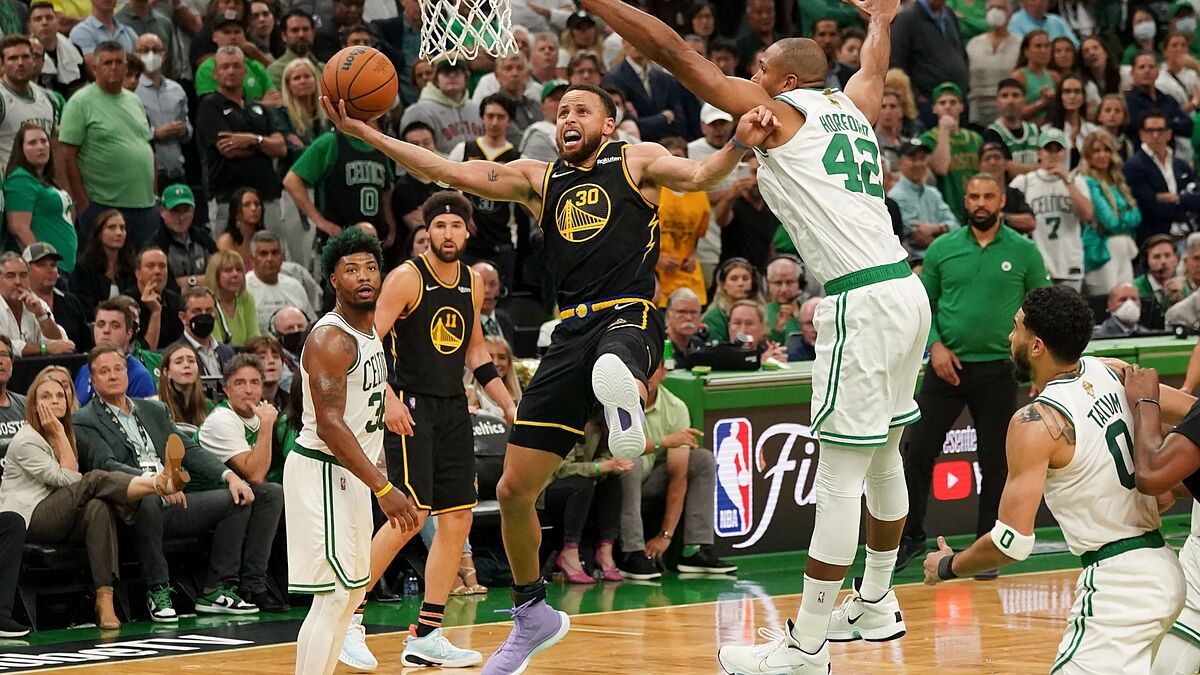 Golden State returns home for Game 5 of the Finals and the way to get the victory last Friday against the Celtics makes them feel proud because for many they are considered the oldest and most experienced team compared to the Boston roster, where none of their players knew what it was like to play in the NBA Finals.

Despite an apparent ankle injury and a hostile environment at TD Garden, Last Friday, Stephen Curry delivered one of the best playoff performances, exploding with 43 points and leading the Warriors back to even the series.a clear message that this team still has a lot to give and as an example, what about Klay Thompson who after two years of injuries, is back in the ring: “I’ve said it many times: we have a lot left in the tank in terms of what we can do on the court. You bring up the subject of age. It’s something you can talk about, but it doesn’t really reflect how we approach this playoff journey and our confidence, what we can do going forward. But that doesn’t happen by accident. It’s just the work you put into it. Klay, especiallythe fact that he had a minute restriction for a month, and was gradually able to increase it every two weeks before the playoffs. Obviously we’re just worried about right now, but we definitely feel like we’ve got a lot left in the tank.”

After Friday’s performance, the world of the NBA poured congratulations on Curry, two of the most active were Dwyane Wade and LeBron James whom, by the way, I face in four finals. On the praise, Curry spoke about it: “Any player will tell you that when you receive respect and praise from your colleagues, from guys who have been on this stage and know what it’s about and how hard it is to do what we do, it means everything.”

Curry enjoys every moment of this new trip to the Finals and the matchup against the young Celtics, who are a challenge, so he doesn’t expect things to change for Game 5, but he is clear that defense from the beginning can be the key: “We’ll be prepared for it, whatever it is. But at the end of the day, for us to be successful and win two more games, it all comes down to how we defendthe way we bring intensity, especially to start games.”

Only two wins separate Curry from a new NBA title and if you conquer it, surely you will also win his first Finals MVP.

Tags: Claro-MX/Basketball/Nba
NBA 2022: The changes that are coming in Lakers: Nick Nurse the new coach and Russell Westbrook to Indiana?
NBA 2022: Eduardo Njera receives praise from George Karl: “He was one of my favorite players”
Come back 1-2 in the NBA Finals: the Warriors look to repeat their feat of 2015
NBA 2878

Loading...
Newer Post
An afternoon of soccer for Dominican fans
Older Post
Daddy Yankee in Argentina: where to buy tickets and what are the prices and promotions?