NBA Finals 2022: Steve Kerr’s 9 titles: three with Jordan at the Bulls, 2 with Popovich and Dunca at the Spurs, 4 with Curry’s Warriors 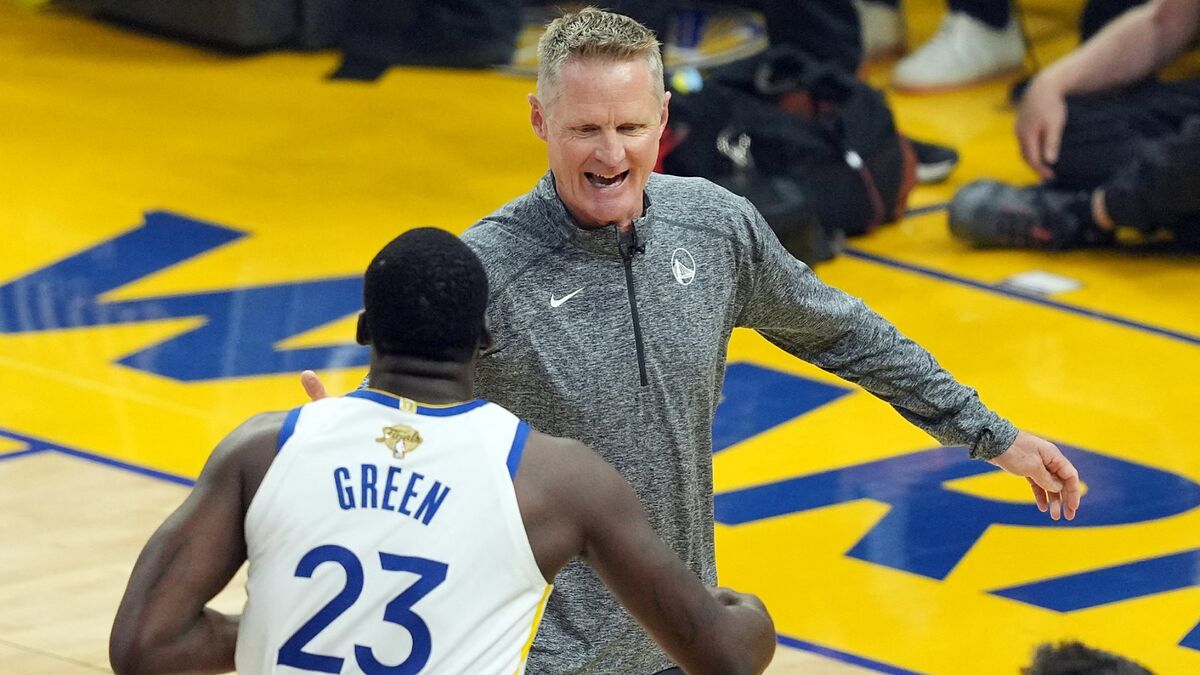 The Warriors were crowned NBA champions for the fourth time since 2015. There are only five people who have been to all the championships: Stephen

The Warriors were crowned NBA champions for the fourth time since 2015. There are only five people who have been to all the championships: Stephen Curry, Klay Thompson, Draymond Green and Andre Iguodala as players and Steve Kerr as Coach.

Kerr has a magnet for the championships, because there are already nine that he has in his entire career: five as a player and four off the bench for the Warriors. Few people in the history of the NBA surpass him in titles.

Few or no one imagined this 30 years ago. Kerr’s is a movie story. He was chosen with the last selection of the first round of the 1988 Draft, coming from the University of Arizona, where he in his first year His father, Malcolm, was assassinated in an attack in Israel. where he was president of the American University in Beirut.

Basketball was his refuge. He came to the NBA without a major poster and clung to rotational positions in the league. His first title came until his eighth season in the NBA. After spending a year with the Suns, three and a half with the Cavs, and a half with the Magic, came to the Bulls in 93/94, the first of Jordan’s baseball sabbatical. When MJ came back, Chicago was back in the Finals, though there were bumps along the way, including the day that Kerr and Jordan ended up hitting each other in training.

Despite everything, Jordan had respect for him, as he said in The Last Dancedespite not playing a single game as a starter with the Bulls. Of course, it was a key part of three consecutive titles (1996, 1997, 1998), the second that came with the Kerr’s game-winning basket in the closing seconds of Game 6 against the Jazz.

In 1999, Kerr was part of the rout that left Chicago and came to the Spurs, that this campaign won the ring in the season of the strike. His role was diminishing until the 02/03 season, which ended with another championship in San Antonio. Kerr practically didn’t play anymore, but in the Game 6 of the Western finals in Dallas, Popovich sent him on the court and made four 3-pointers in the last 14 minutes, reversing a double-digit margin to return to the Finals, where they beat the Nets in six games.

Kerr withdrew and became minority owner of the Suns in 2004. He served as the team’s general manager, but left the team in 2010 after reaching the Western Finals. He became a TV analyst, until the Warriors convinced him to go to the benchwith whom he already has four rings in six Finals appearances in his eight seasons in Golden State.

With the title achieved on Thursday, Kerr has won 9 of the last 27 championships. That is to say, one of every three seasons ended with Kerr with a ring, and he did it far from one of the two most winning franchises, Lakers and Celtics, who have won a combined 34 championships. Of the other 41, Kerr won 9 of those.

Kerr already enters the list of winningest coaches. He is already sixth. Phil Jackson leads the list with 11 (6 with the Bulls, 5 with the Lakers). Red Auerbach won 9 with the Celtics. Kerr is one of five behind John Kundla with the Lakers, Gregg Popovich with the Spurs and Pat Riley with the Heat and Lakers.

Tags: Claro-MX/Basketball/Nba
NBA Playoffs 2022: Warriors vs Mavs: the change of courier from Curry to Doncic in the West?
NBA 2022: What are the Play In, rules, participating teams and how the tournament works
Paolo Banchero and Duke’s long shadow in the NBA
NBA 2837