NBA Finals 2022: The Celtics beat the Warriors and regain the lead in the NBA Finals 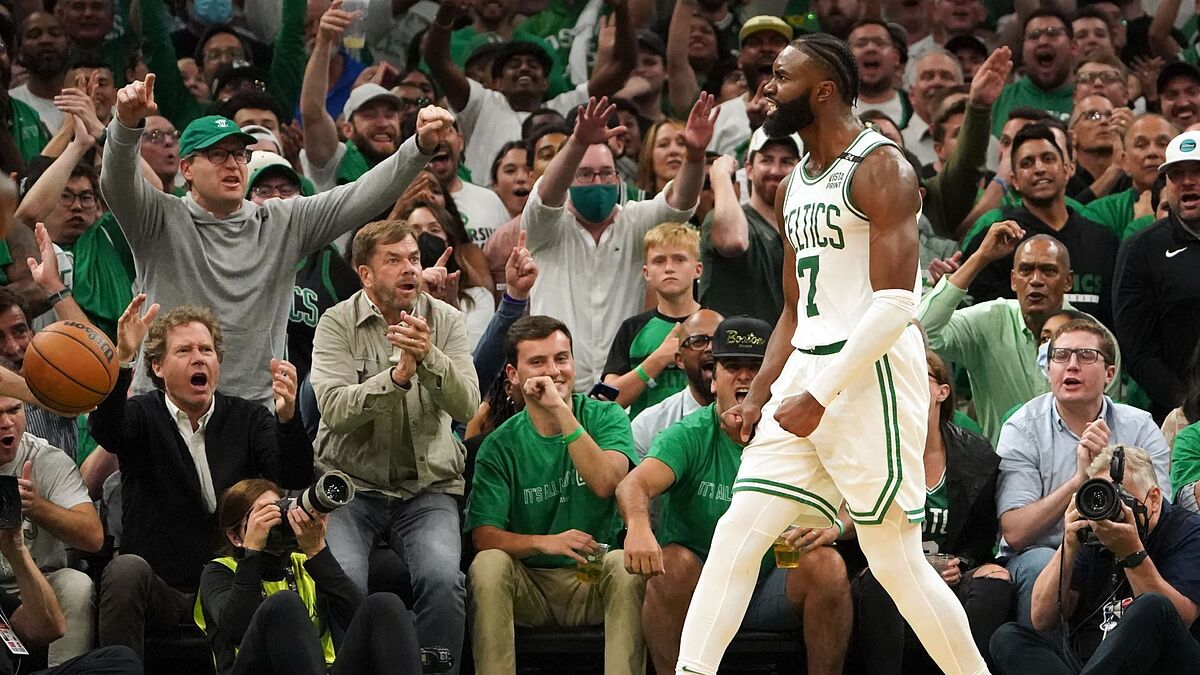 The TD Garden lived a crazy night with Game 3 of the NBA Finalsafter a long wait, the fans of the Celtics returned to experience the flavor of a ch

The TD Garden lived a crazy night with Game 3 of the NBA Finalsafter a long wait, the fans of the Celtics returned to experience the flavor of a championship series and Boston took advantage of all that party atmosphere to beat the Warriors with a score of 116-100, retaking the lead in the Finals and putting the series 2-1 in his favor.

The Celtics managed to impose their conditions from the beginning of the match and came to have an advantage of up to 18 points. Jaylen Brown, who finished as Boston’s leading scorer with 27 points, had a spectacular start scoring 17 points in the first quarter. Stephen Curry was another who also wore and along with Klay Thompson managed to get the Warriors closer and turn the game around for a few moments in the third quarteras is tradition, it was in that period when the Golden State exploded and put Boston in danger.

But early in the fourth quarter, Marcus Smart and Jaylen Brown appeared to cool things down, In addition, Draymond Green left the game by accumulating his sixth foul and that ended up ending Golden State’s spirits. that I couldn’t find a way to fight Boston in the paint, where the difference was abysmal, 52 points from the Celtics for only 26 from the Warriors.

Another key was Boston’s trio of stars ran like clockwork, Brown finished with 27 and 9 rebounds, Tatum with 26 and 9 assists, while Smart had 24 and 5 rebounds. In addition to the outstanding performance of Grant Williams with 10 points off the bench and 11 from Al Horford. Stephen Curry finished with 31 points and 6 triples, Klay Thompson had one of his best games in these playoffs with 25 pointswhile Andrew Wiggins added 18 points.

Once again, the Mexican Juan Toscano was active, although he could do nothing to change the result. Juan played the last two minutes of the game recording only one turnover.

Game 4 next Friday at the TD Garden where the Warriors will look to tie things up and go home with the series 2-2.

Tags: Claro-MX/Basketball/Nba
NBA Playoffs 2022: The Celtics settle in the second round of the playoffs with a sweep over the Nets
Celtics vs. Warriors | NBA Finals 2022: Stephen Curry relives the “nightmare” of the March injury that was also against Boston: play Game 4?
NBA Finals 2022: Juan Toscano-Anderson, the first Mexican to play in the NBA Finals
NBA 2834

Loading...
Newer Post
Vadillo and Brandon play soccer during their vacation in Colombia
Older Post
The crack of golf: the punishments arrived for 17 PGA Tour players who performed in the Arab league