NBA Finals 2022: The Celtics surprise the Warriors and take Game 1 of the NBA Finals 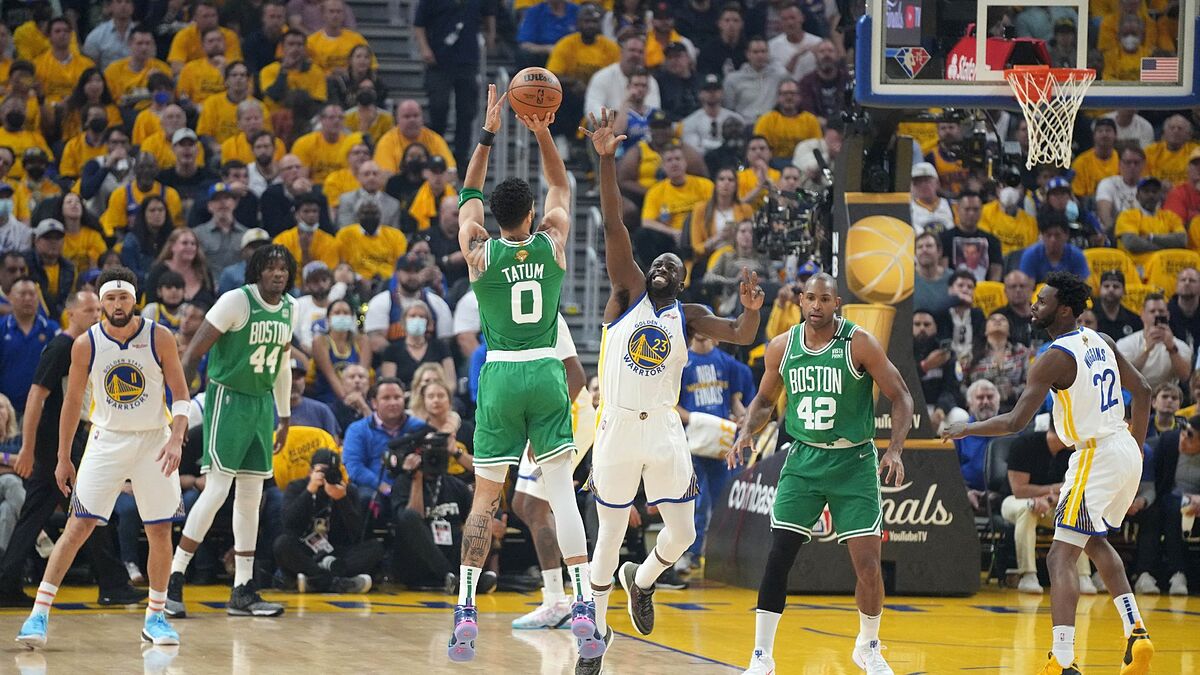 NBA Finals 2022: The Celtics surprise the Warriors and take Game 1 of the NBA Finals

vBrilliant start to the NBA Finals Boston and Golden State gave us a great show at the Chase Center in San Francisco that vibrated with what was their first game in a championship series. The party was ready to celebrate a victory for the Warriors, with a record Stephen Curry in the first quarter and three quarters of dominance by the locals, it seemed that it would be so, however, in the last quarter the figure of the Dominican Al Horford appeared and with his Latin blood he ignited the reaction of the Celtics who ended up overwhelming Golden State to take the victory with a score of 120-108 and take advantage in the series.

The start of the match for the two teams was a heads-up, rain of triples where Stephen Curry, the greatest of all time in that departmentset a new record in the NBA Finals by scoring six triples in the first quarter to finish with 21 points. Boston tried to stay in contention and despite everything, Golden State’s difference at halftime was barely two points apart.

In the third quarter, the Warriors found a way to hurt the Celtics and the advantage was extended, veteran Iguodala appeared and also Andrew Wiggins for Golden State to take an important advantage 38-24 was the partial in that third period that put the fans gathered in the arena to dream.

But Boston was far from finished, back-to-back baskets by Jaylen Brown and Rob Williams fired up the Celtics and The show of veteran Al Horford arrived who surprised everyone with two triples and a heart that did not fit on the floor. Despite the fact that Jayson Tatum went unnoticed on offense, Boston took control of the game and managed to shut down a Warriors who did not know how to counter the furious reaction of Boston who took the victory 120-108 in a surprise victory, not so much because of the result, but because of the way in which they dried up the Warriors who accumulated nine home wins in this postseason.

With the game decided there was an opportunity to see Juan Toscano in action, 1 minute and 1 assist what he could get in what was the first participation of a Mexican player in the NBA Finals.

Stephen Curry finished with 34 points and 7 tripleswhile Al Horford led Boston with 26 points and 6 triples. Not to forget Jaylen Brown with 24 points and Derrick White who contributed 5 triples. To heal the wounds and return for Game 2, which will be next Sunday at the Warriors’ home.

Tags: Claro-MX/Basketball/Nba
Spurs vs. Mavericks | NBA 2022: Doncic puts the Mavs on alert: injury in the last game of the season and he is a doubt for the Playoffs
NBA Finals 2022: The Celtics beat the Warriors and regain the lead in the NBA Finals
NBA All-time Winners: All champions year by year
NBA 2841