NBA Finals 2022: The legend of the ‘Game Six Klay’ seeks to give a new ring to the Warriors and silence the Celtics 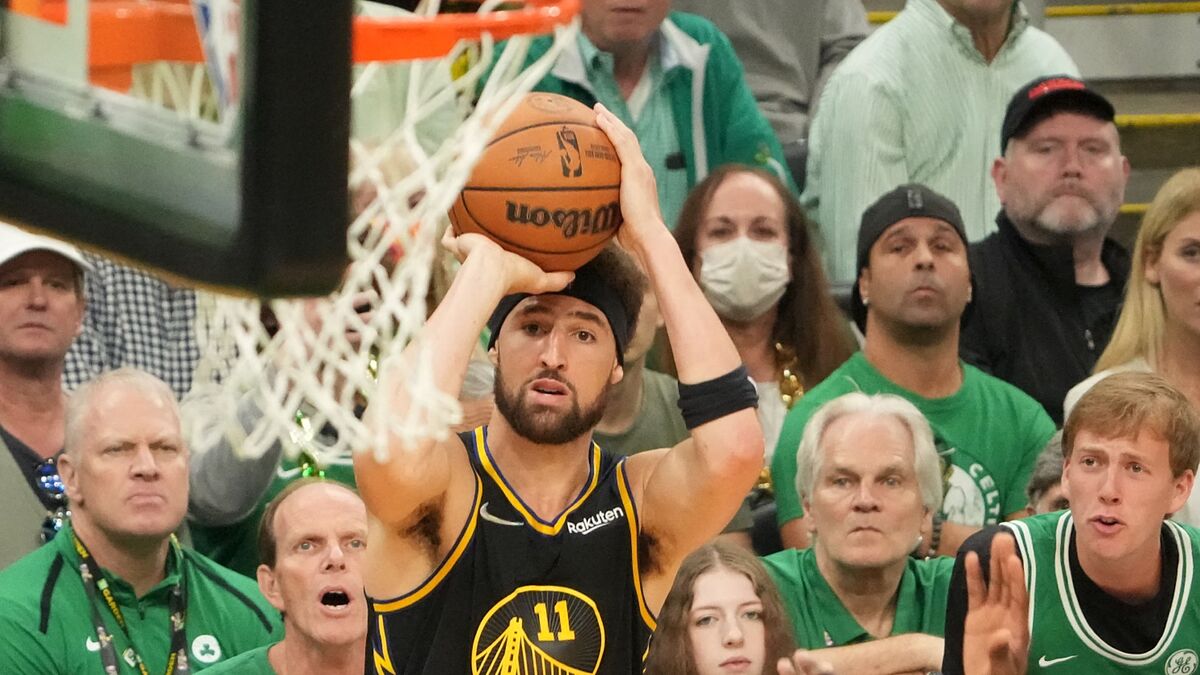 Lyou Golden State Warriors They are one win away from conquering the NBA title and they will have one of the best on their side. cult heroes of the

NBA Finals 2022: The legend of the ‘Game Six Klay’ seeks to give a new ring to the Warriors and silence the Celtics

Lyou Golden State Warriors They are one win away from conquering the NBA title and they will have one of the best on their side. cult heroes of the league: Klay Thompson from Game 6.

The sniper has lived several of the most important moments of his career in the sixth game of the Playoff serieswhich at first seemed to be his kryptonite, because in his first five Game 6s, he only once scored more than 10 points.

Game 6 started off as a nightmare for Klay Thompson

Everything changed with the sixth Game 6. The day the legend began and changed the future of the NBA.

The 73-9 Warriors lost 2-3 in the 2016 West finals to Durant and Westbrook’s Thunder. They had to travel to Oklahoma City and were down by double digits early on, but behind 41 points and 11 triples by Klay, the latter to finally take the lead, allowed them to survive the game that would change NBA history, because KD left the Thunder that summer.

In five of his next six Game 6 appearances, Klay had at least 25 points. He had 35 in 2018 against the Rockets to again avoid elimination. In 2019, with Kevin Durant injured again against Houston, he scored 27 to eliminate the Rockets of visitor.

The legend of Game Six Klay

A Game 6 also began the most difficult stage of Klay’s career. He scored 32 points in 32 minutes in Game 6 of the 2019 Finals, they looked like they were headed back to Toronto, but cruciate ligament tore when falling badly after making a mate. Golden State couldn’t hold the lead and Thompson missed two and a half seasons because he tore his Achilles tendon in knee rehab.

He finally came back this season and he already had a Game 6, where the magic reappeared, with 30 points and 8 triples to eliminate the Grizzlies.

Game Six Klayhe will have to appear in a place that will be more than hostile towards him. The Boston fans were criticized for him after he complained about the insults they threw at Draymond Green. “Keep Classy, ​​Boston” he said at the time. After Game 5, he added fuel to the fire: “I have never been so excited to travel to Boston.”

If his usual version shows up in Game 6, he can have the sweetest of victories, shut up the home crowd and put on the fourth ring of his career.

Tags: Claro-MX/Basketball/Nba
NBA Finals 2022: Juan Toscano-Anderson: “We are the favorites, I think we are the best team in the NBA”
Cavaliers vs. Nets | NBA Play In 2022: Kyrie Irving’s fiery hand quotes Brooklyn with Boston in the first round of the Playoffs
NBA Finals 2022: How many times have the Warriors and Celtics played and how many championships have they won?
NBA 2834

Loading...
Newer Post
Boxers from Santiago received their banner
Older Post
Why it is mandatory to broadcast open football from LaLiga and the Spanish National Team