NBA Finals 2022: The strongest, most effective and lethal Curry for the Warriors to certify the comeback 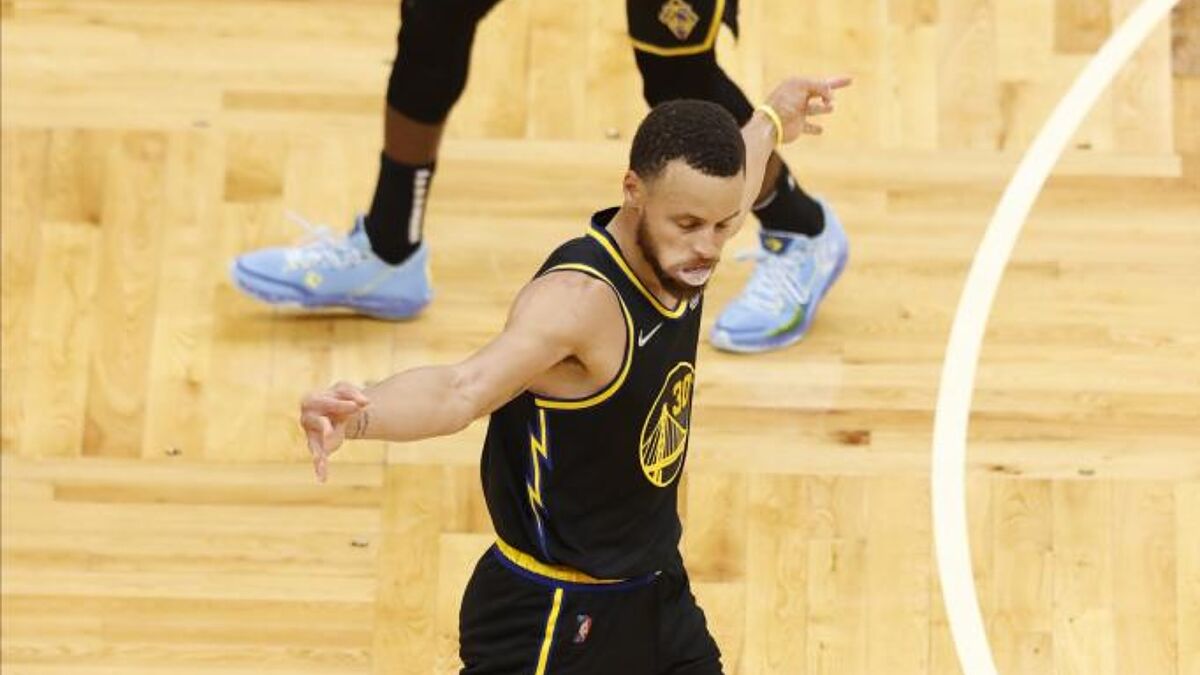 CFour games that leave everything as it started. That is the summary of the first half of the NBA Finals between Golden State Warriors and Boston C

CFour games that leave everything as it started. That is the summary of the first half of the NBA Finals between Golden State Warriors and Boston Celtics, with the return to San Francisco Bay With everything the same and everything to decide. A ‘mini-series’ with three games, two on the West Coast and with the most differential factor on the parquet: the best Stephen Curry that has been seen in a fight for the champion ring. By numbers, physical condition and influence on the game and future of the series.

The Warriors have had to row to bring everything to its initial origin. His last quarters of the first and third games can be defined as a real disaster and caused the Steve Kerr’s pupils could not fight. 16 and 11 infamous points for a team that changed the series when it stopped playing. They took notice, tied at the Garden, and Stephen Curry went on to dominate.

Curry is just 34 years old and in 2022 he lives his sixth finals. Three champion rings, and never in a state of form like the current one. He sounds incredible, because the Curry of 73-9 or the super team in which he shared stripes with Kevin Durant was just as or more brilliant. But no, the numbers don’t lie. With 34.3 points per night (his record was 30.5 in the final loss to Toronto) and galactic efficiency. 66.4% in shots. That is, his shot is more likely to enter than anything else -until then the maximum was 61.9% in 2017-.

Therefore, Curry puts more and better. That is, if the game passes through their hands, the Warriors have the determining factor. And it does not stop there, since it is almost unanimous reflection that points out that he is the most attuned Curry in the physical subject. A key fact in a long series with a tough defense. “He’s strong. When I say strong, I mean strong,” notes Draymond Green, who also notes that he has lifted more weights than ever before.

Stephen Curry leads the Warriors and is Boston’s nightmare

It is a lethal and growing Curry. The Warriors’ comeback starts with him, but it shouldn’t end with the player who grew up in Davidson. He needs his secondaries. In ‘Game 4’ Wiggins shone and in the last quarter Klay Thompson left details in defense that were reminiscent of his best days. “I want to win, it’s my only goal,” said the ’11’, who is celebrating three years since his unfortunate injury cruciate ligament.

Thus, the Warriors return home with the satisfaction of having the ‘x factor’ on their side. Curry shines brighter than ever and in better shape. If the Celtics want to close it out at home they have to make their defense multiply everything even more.

Tags: basketball / nba / playoffs, NBA playoffs
PlayOffs NBA 2022: Trae Young does not give up: he brings the Hawks to life when the Heat were already singing 3-0
NBA Finals 2022: Dirty war and dignity attack in the NBA Finals: “Insulting in front of children… Good job Boston”
PlayOffs NBA 2022: And this is how Curry intends to win the NBA?
NBA 2834