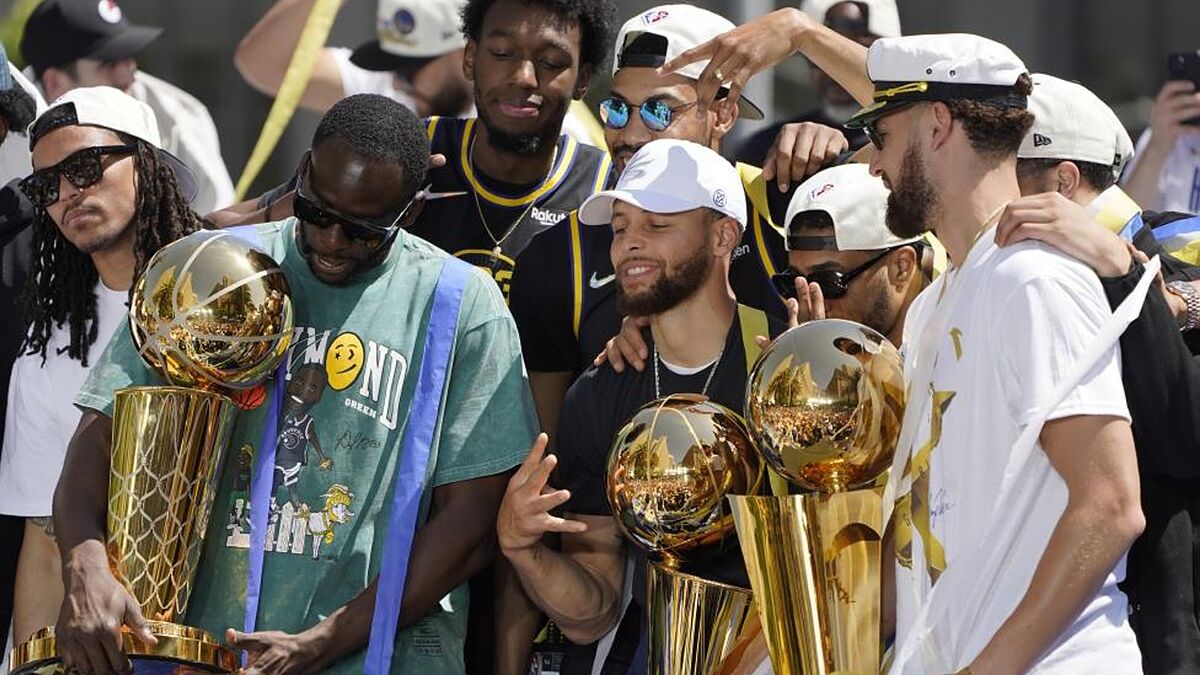 MThousands of people gathered this Monday in the central Market Street of San Francisco (USA) to attend the parade of the Golden State Warriorsafter the seventh title of the Californian franchise conquered last Friday in the Finals against the boston celtics.

With Stephen Curry, Klay Thompson and Draymond Green in front, the Warriors paraded for almost three hours through the streets of San Francisco, showing their fourth Larry O’Brien Trophy conquered in the last eight years, which made them the third franchise with the most titles in NBA history, behind the Boston Celtics and Los Angeles Lakers (both 17).

“It’s a weird feeling to be here celebrating after everything we’ve been through. Celebrating it with the whole Baha is incredible. But when you have good people and good leaders, good things usually happen,” Curry said at the party.

The Finals MVP, and four-time champion, received a standing ovation from his fans on an afternoon in which several players, such as Green, Gary Payton II or the mexican Juan Toscano Anderson they got off the buses to sign autographs and take photos with the fans.

Tuscan Andersonthe first Mexican to win the NBA, stated that “andIt’s a dream come true” and that “if you work hard”, sometimes the prize is collected.

As usual, Green was much more direct and did not hesitate to send messages to those who criticized him during the Finals for his aggressive play. 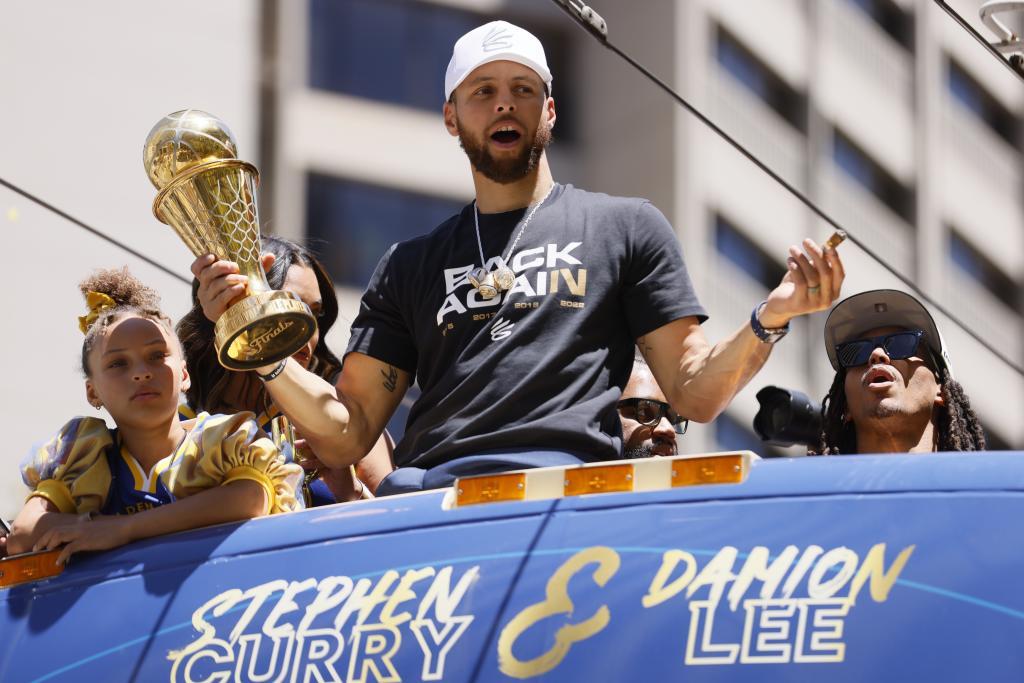 The Golden State Warriors they conquered the NBA after beating the Boston Celtics 4-2 in the Finals and celebrated the seventh title in their history, the fourth in the last eight years.

They returned to the top after losing the 2019 Finals against the Toronto Raptors and live two complicated years, marked by the serious injuries of Klay Thompson and ‘Steph’ Curry.

“When we started the year I knew we could be good, but I didn’t know if we would have the level to be here celebrating today. The credit goes to the players, we have fantastic people, starting with Steph Curry. That’s the key,” he said. Steve Kerrthe coach of the Warriors.

Thousands of fans participated in the celebrations, who began to fill Market Street from early in the morning, on a holiday in the United States for ‘Juneteenth’, which celebrates the end of slavery in the country

Tags: Golden state warriors, basketball / nba / playoffs
NBA Finals 2022: Jordan Poole, the player nobody believes in, discovers his “infinite shooting range” in the NBA Finals
NBA PlayOffs 2022: A prodigious last quarter by Curry and Green leaves the Warriors a shot away from the Conference final
PlayOffs NBA 2022: Memphis comes back again and flies to the western semifinals
NBA 2835

Loading...
Newer Post
Abraham Ancer confirms his departure from the PGA Tour and to be the first Mexican in the LIV Golf Series
Older Post
Rob Gronkowski announces, again, his retirement from the NFL