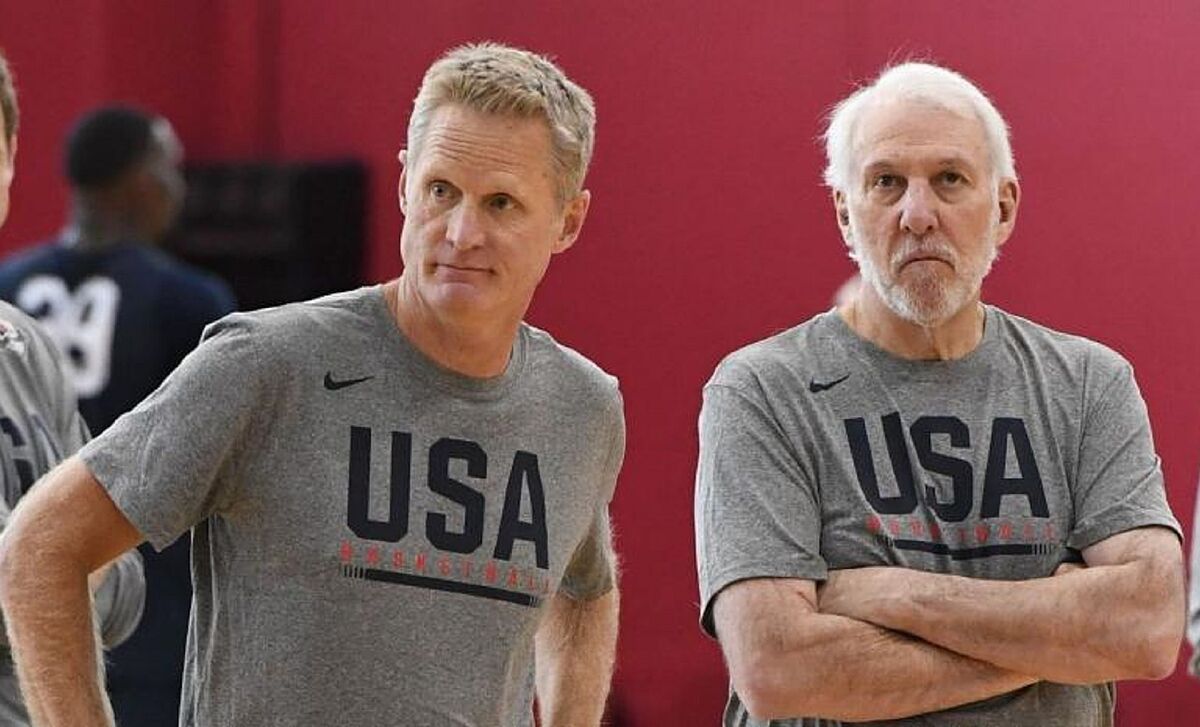 Chen Gregg Popovich said: "the most suitable person to take over the San Antonio Spurs is me," NBA pundits laughed at his overconfidence. It is no

Chen Gregg Popovich said: “the most suitable person to take over the San Antonio Spurs is me,” NBA pundits laughed at his overconfidence. It is not easy for a general manager to become a coach and also be successful at the highest level of competition.

However, not only did he succeed, but he also he forged a dynasty, with a team that had never won anything.

Part of this dynasty now leads winning teams in the League, even challenging for the title. This is the case of the Finals that started this Thursday, where the coaches of both teams were his pupils: Steve Kerr with the Golden State Warriors and Ime Udoka with the Boston Celtics.

What does Stephen Curry need to reach the level of Michael Jordan and LeBron James?

Both were his assistants. Kerr, previously, since he has been with the Warriors since 2014 and Udoka, in his first year with the Celtics, after joining Popovich’s assistant team between 2012 and 2019. Now, this NBA great returned to the Finals, after 14 years of absence.

Kerr, For his part, he is a consolidated coach, with streaks of three titles in a streak of five consecutive finals. After two years of absence, mainly due to injuries, the team is now back in contention for the Larry O’Brien Trophy.

In addition, Steve Kerr assisted Popovich on the United States basketball team and later took the baton to win the olympic gold in Tokyo 2020.

As a player, Kerr passed as three-time champion with Michael Jordan’s Chicago Bulls, Scottie Pippen and Denis Rodman, to the San Antonio Spurs in the 1998-99 campaign, and under the command of Gregg Popovich he won his fourth ring. kept andin San Antonio until the 2002-03 seasonhis last as a professional player, and that year he also won the title.

Without any experience as an assistant, in 2014 he came to the Warriors, where it has remained with great success. For his part, Ime Udoka came to the Spurs as a player in 2007 after much instability with the Lakers, Knicks and Blazers. Udoka played three seasons with the Spurs and he said goodbye to the NBA in 2011 to try his luck in Spain.

In 2012 “Pop” called him to join his staff as an assistant and he was part of the team that won the title in 2014 when they beat LeBron James and the Miami Heat.

After several years as an assistant that included Popovich’s Spurs, Philadelphia 76ers and Brooklyn Nets, the Celtics gave him the chance.

The decline in Coach Pop’s career

After dominating the league at the beginning of this century, currently Popovich’s Spurs have failed to make the playoffs since the 2018-19 season and in their last three seasons they have a record of 99 wins in exchange for 126 losses. His era seems to be running out and he is logical, he is 73 years old and has already won everything.

Loading...
Newer Post
The story of the UFC fighter who saw his life in danger in Saint-Denis
Older Post
“The response of the stewards is not up to MotoGP”