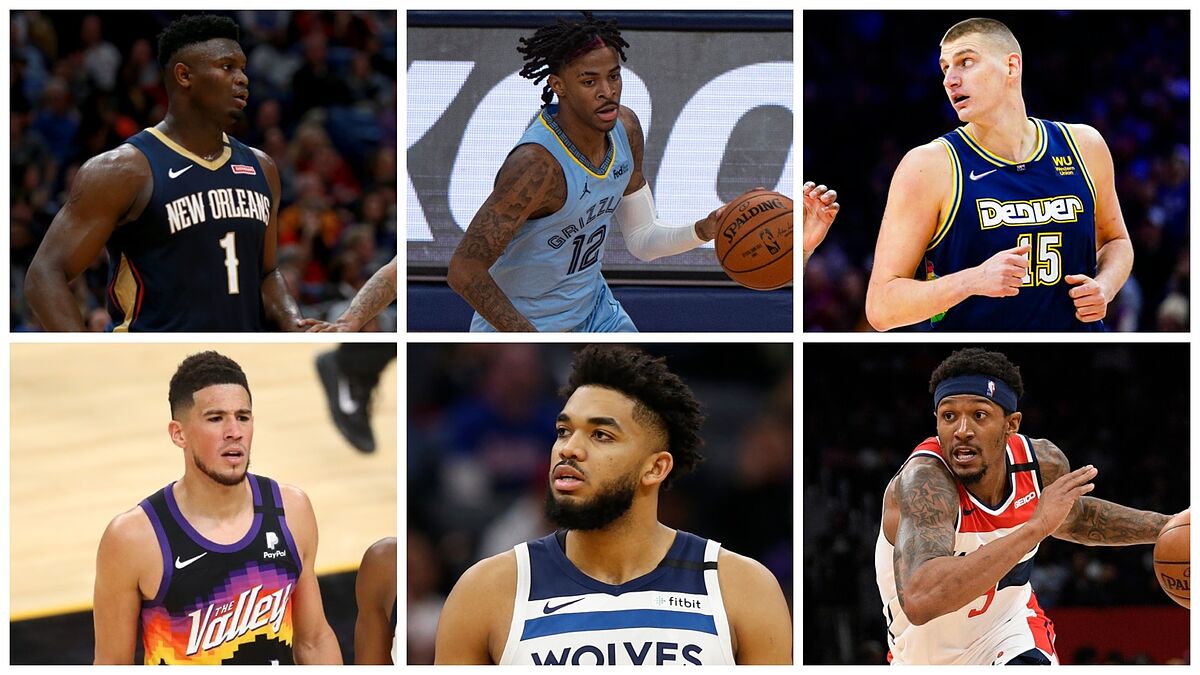 Lto free agency NBA started with a 'nuclear bomb', after Kevin Durant asked the Nets to be traded. From there, the waters calmed down since there w

Lto free agency NBA started with a ‘nuclear bomb’, after Kevin Durant asked the Nets to be traded.

From there, the waters calmed down since there was no greater movement of players. Most of the Available stars have not budged, opting to sign ‘Supermax’ contracts to return, leaving the situation of Zach LaVine and Deandre Ayton up in the air for the time being.

What are Supermax contracts in the NBA and how do they work?

There are two types of Supermax contracts: for ‘rookies‘ after three seasons in the NBA or for ‘veterans‘ who will be starting their seventh or eighth season in the league.

For rookies entering their fourth season, such as Ja Morant, a contract of up to five additional years of no less than 25% of the salary cap, with annual increases of 8% for the duration of the new contract.

Base can be increased to 30% if they have been chosen to one of the three teams All-NBA or won the award for Defensive of the Year the last season, or in the two seasons before the last one. If they won the MVP in one of the last three seasons, they can also receive that increase to 30%.

For the veterans in its seventh or eighth season, they can receive up to 35% of the salary cap if they meet the same criteria: All NBA, Defensive Player of the Year or MVP.

Karl Anthony Towns signs a Supermax with the Timberwolves

The Dominican signed for 4 years and 224 million after being on the All NBA third team in 2022.

Devin Booker returns to the Suns

The Serbian signs for 5 years and 264 million with the Nuggets, 52.8 million per year.

The two-time MVP was eligible for the veteran’s extension, entering his eighth season and with his MVPs ‘back to back’. It’s the biggest contract in history after the salary cap was set at $123.655 million. The fifth year of his contract, for 27/28, is a player option, which would be for around 60 million.

5 years and with the possibility of up to 231 million with the Grizzlies (46.2 per year) after being elected to the All NBA second team in 2022.

Zion Williamson receives a maximum extension with the Pelicans

The Pelicans offered him the 5-year extension and 193 million, which could be up to 231 if he is elected to an All-NBA team the following two seasons, before the extension takes effect.

Bradley Beal signs a maximum contract and returns to the Wizards