NBA: Gabi Deck’s zeros: many in the checking account and many on the court 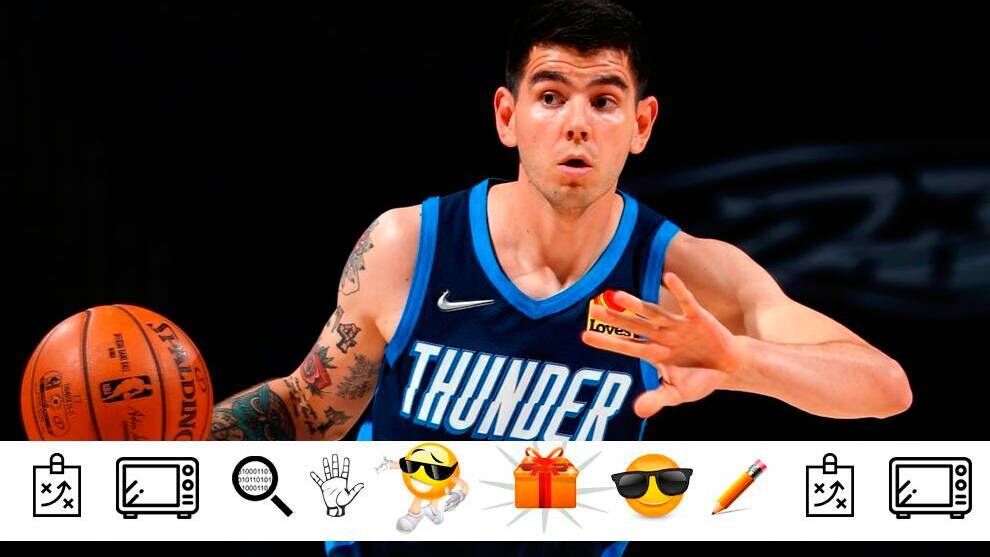 ANDlast April Gabriel Deck surprise the basketball world with his decision to leave Real Madrid in the middle of the season to embark on the NBA adventure in the ranks of the Oklahoma city thunder. A franchise that bet on the Argentine, who signed for 3.9 million dollars to play the 10 games that were in season.

Everything seemed ideal for the Argentine, who secured a contract for more than $ 10 million ($ 3.6 million this season) for the next three seasons. A fortune far above what he could charge in Europe. However, the contract is only fully guaranteed until next January 10, when the Thunder could cut the Argentine after less than a season in the NBA.

A league that has not finished exploiting the virtues of the former Real Madrid player, who accumulates almost the same zeros in the current account as those he adds on the court this season. Deck hardly counts in Mark Digneault’s plans and has only contested five of the 20 games the Thunder have played this season. Not even to play the trash minutes on games decided as in the last loss to the Rockets. The Argentine played his last match on November 23 and has only been on the court 23 minutes in which he accumulates nine points, three rebounds and one assist. Residual participation for an important player in Europe and in Real Madrid, who decided to change of scene without much luck for now.

The proper name of the day in the NBA is Jonas Valanciunas. The Lithuanian gave a veritable recital in the first half of the game against the Clippers with a display of efficiency from beyond the unusual arc at a behemoth of over 2.11. The Pelicans pvot ended with seven triples of seven attempts in the first half and reaffirmed his status as the best 3-point player in the league with a 51.7% success with 2.5 triples attempted per game.

There were many eyes on Miami, in the duel between the Heat and the Nuggets. All eyes were on the stands, where the brothers from Nikola Jokic ready for anything after the fight between current NBA MVP and Markieff Morris in the last duel between the two teams. In the end the crash proceeded normally and there were no incidents of any kind.

The Minnesota Timberwolves They seem to have found the right direction after several seasons stumbling around the NBA. The Minnepolis franchise has won seven of their last eight games and they are sixth in the West after their victory against the Indiana Pacers. A triumph in which Karl-Anthony Towns endorsed his leadership status with 32 points and 11 rebounds that bring the smile back to Wolves fans.

Damian Lillard he still cannot find his way in this first quarter of the season in the NBA. The point guard, one of the great stars of the league, continues with his particular cross facing the rival basket and suffered a scoring blackout against the Jazz after scoring. only four of the 12 field goals I tried and one of four from triple.

Tags: Oklahoma city thunder, basketball nba
Ranking: Top 10 active scorers in the NBA
NBA: The NBA, on the way to another season with an asterisk: wouldn’t it be better to stop than to adulterate the competition with patches?
NBA rumors: Gabriel Deck will remain OKC Thunder player
NBA 2545