NBA: Giannis Antetokounmpo activates animal mode: 50 points for history and remember who is the current king of the NBA 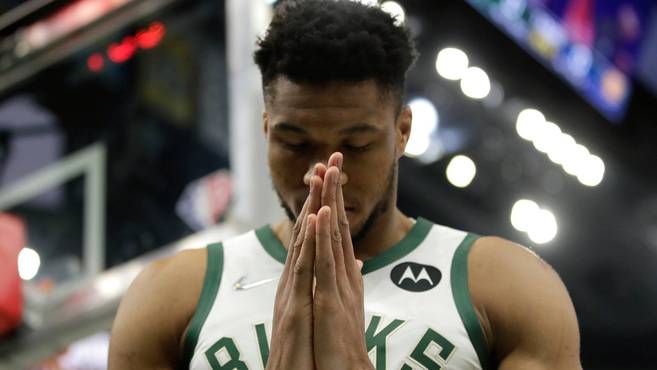 ANDhe trade made between the Nets and the 76ers why James Harden arrived in Philadelphia and Ben Simmons in Brooklyn It has caused the pools to point to these two franchises as great favorites in the East. But nevertheless, Giannis Antetokounmpo and the Milwaukee Bucks resist handing over the scepter without a fight and before the Indiana Pacers They sent a message of authority (128-119) so that no one forgets who the current NBA champion is.

Antetokounmpo He showed why he is one of the great candidates for the MVP of the season with a new performance to remember with which he completely disarmed the Pacers. The Greek went to the 50 points, 14 rebounds and four assists in a game that is already franchise history… and the league.

The Greek forward signed the third game of his career above 50 points, being the second player in the history of the Bucks with the most games in those figures, second only to Kareem Abdul-Jabbar, who got it 10 times. Antetokounmpo also got the mark with a 80% shooting from the field after scoring 17 of the 21 shots he attempted, the fourth lowest figure in NBA history.

“Obviously it’s a great feeling to have scored 50 points. It’s something you always remember, but what mattered to me was the victory. Now we have another game before the All Star and we want to finish on a note”, assured the double NBA MVP after his best match of the season.

The Bucks, who have taken the measure of the Pacers whom they have defeated in the last seven games in which they have faced each other, also had the good work of Khris Middleton (19 points) and Jrue Holiday, who had 14 points and eight assists.

For his part, the Spanish international Serge Ibaka he played his second game with the jersey of the Wisconsin team. The Congolese pvot came off the bench to play 26 minutes in which he scored nine points (three of three shooting from the field), grabbed five rebounds and provided one assist.

The Pacers, who entered the fourth quarter with options despite Antetokounmpo’s display, were led by newcomer buddy hildwho proved his class as a marksman and ended up with 36 points and eight of 12 from the triple.

Tags: Indiana Pacers, basketball nba, Milwaukee bucks
NBA: Two former Lakers stop the Cavs from a good Ricky Rubio
Jayson Tatum returns to the NBA superstars map
NBA: Not even the most insane player in the NBA gets a Luka Doncic out of his boxes with problems in the triple
NBA 4210

Loading...
Newer Post
NBA: James Harden seems to have seen a one-eyed: -48 in his reception at the Sixers
Older Post
Tiger Woods announces his return for the PNC Championship