NBA: Giannis Antetokounmpo drops the bomb on the NBA: “My next challenge may not be here” 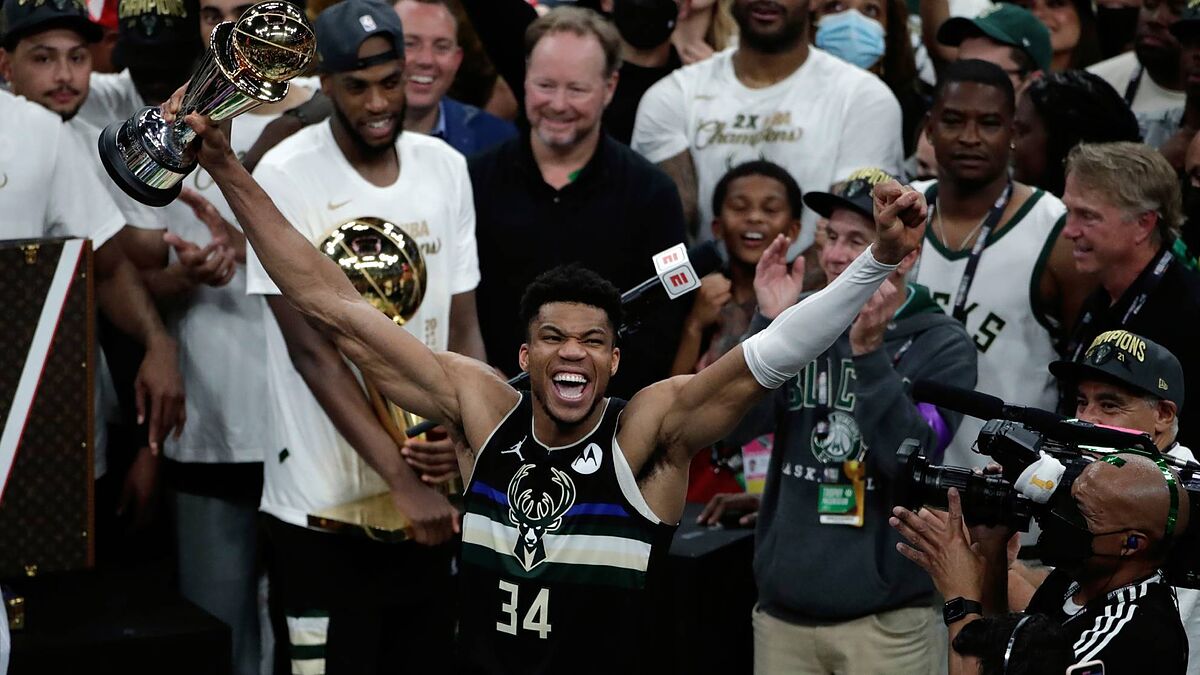 Giannis Antetokounmpo, which has a contract with the Milwaukee bucks until guaranteed until 2026. Being his final season of player choice, he has o

Giannis Antetokounmpo, which has a contract with the Milwaukee bucks until guaranteed until 2026. Being his final season of player choice, he has opened the starting door of the Wisconsin franchise with a phrase in an interview with GQ that has caused a real seismic in the NBA.

Antetokounmpo, a fearless champion against the super powerful Nets

&#8220;My family and I have chosen to stay in this city that we all love and it has taken good care of us for now,&#8221; says the double NBA MVP in which he suddenly points to a possibility that no one had considered to date. &#8220;In two years, that may change. I am being totally honest with you. I always am. I love this city, this community. I want to help as much as I can. &#8220;

Another moment of Antetokounmpo: launch to the public in full celebration

The Greek player does not want to close any doors and after overcoming the challenge that was to make Milwaukee champion again 50 years later, he now has new challenges in mind: &#8220;One challenge was to bring the championship here, and we have done it. It was very difficult. But we got it, very, very difficult. I like challenges. And what is the next? The next might not be here&#8220;.

It&#8217;s not the first time Antetokounmpo has handled the possibility of exiting the Bucks. Before starting the 2020-2021 season, in which the Bucks were champions, the Greek cast doubt on his continuity in Wisconsin. The forward ended up renewing after signing the biggest contract ever: five years and $ 228 million. However, neither the dollars nor the rings seem enough to keep the Greek in Milwaukee.

Tags: basketball nba, Giannis Antetokounmpo, Milwaukee bucks
Garuba could go down to the G-League in his first NBA season
NBA executives believe Darius Garland will be the MIP
NBA: Ricky Rubio, top scorer of the Games, out of NBA top 100 for being “offensively limited”
NBA 791

Loading...
Newer Post
Boxer is stabbed to death in street fight after clandestine party in Argentina – International
Older Post
It will happen? Michael Chandler gave his prediction on the new UFC champion